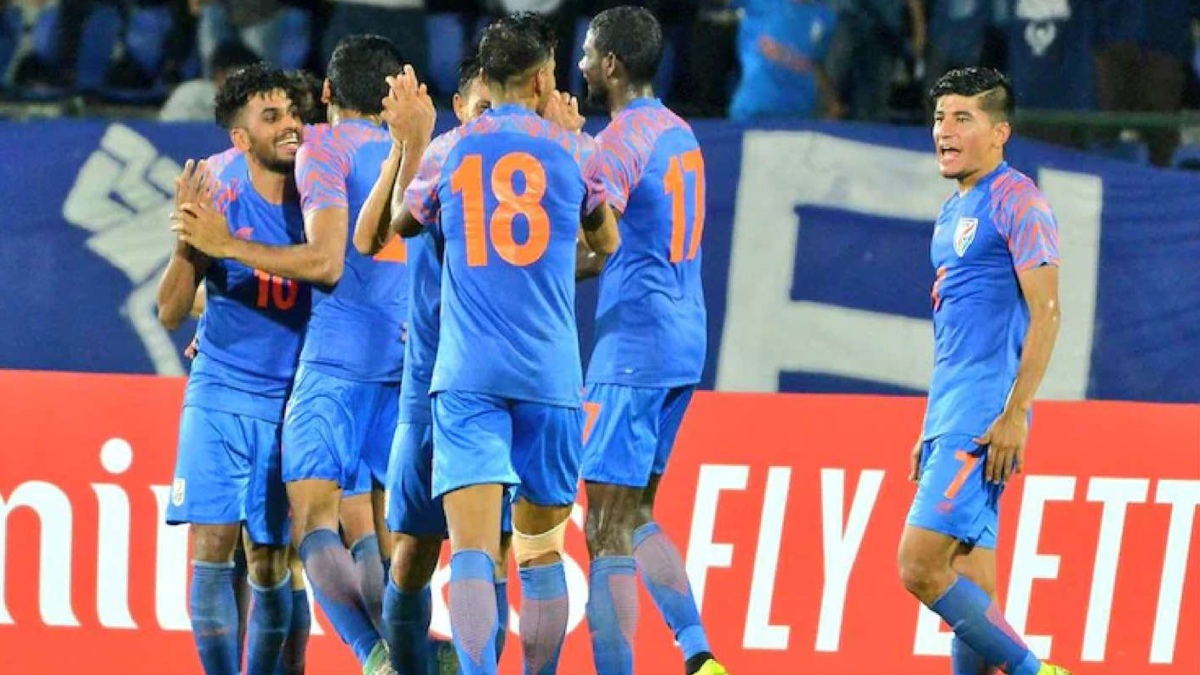 International Football allows you time to recover, yet somewhere down the line you feel maybe it isn’t enough. It was only the other day that India played against Oman in the first of the two International Friendlies where it ended 1-1.

It was then—a kind of a match where it was a tale of two halves. A dominant Oman, and a holding India in the first half while a confident India came out of their shells to take the fight back to “physical and a tactical” Oman in the second half.

The second International Friendly against the UAE at the Zabeel Stadium in Dubai is on Monday (29 March), the kick-off of which is at IST 8.30 pm (local time 7 pm).

“In the second half, we showed that there is nothing to fear. These are better sides. When you play against teams in the top 100, the difference in 25 to 30 spots in rankings means a lot. There is still a big difference between the UAE and us. But that doesn’t mean we can’t achieve the result,” mentioned Head Coach Igor Stimac.

The rankings suggest that while India is currently at 104, UAE stays strong at 74 while Oman is at 81. The last time India played UAE was in the AFC Asian Cup UAE 2019 where the Blue Tigers went down 0-2.

“The match against the UAE will be a different game. I need to give chances to the other players. We have important games coming up in June and need to assess all the players,” stated Igor hinting there will be quite some changes in the starting XI. India had fielded 10 debutants in the match against Oman. Despite it is the last week in March, Dubai has been surprisingly pleasant. There’s always a cool breeze blowing across post the sunset, keeping the mercury in check. “There have been storms nearby, even rain in some nearby areas,” a local at the team hotel informs.

Goalkeeper Amrinder Singh, who kept off a penalty in the first match, is quick to point out that “great things are happening in Indian football.”

“So many youngsters coming is such a healthy sign. Where else do you have 10 debutants playing an International Friendly? These are signs of transition that define the sport in the country. And if you look back, all of them faced Oman in their first International match. That’s very meticulous planning. The experience will only make them better players,” he narrated.

“At the International level against any team, we need to be physically and mentally fit. UAE is a physical team too. The lesser mistakes we make, the higher chances we have to win it. The team making lesser mistakes will eventually go on to win,” added Amrinder.

Striker Manvir Singh, who scored India’s equaliser against Oman stated, “It was tough to break Oman as they were extremely compact.”

“I knew that as a striker I wouldn’t be getting many chances. Hence, when Bipin looked up, I sprinted like anything to be in the position to meet the ball. He kept it perfectly, and I managed to head it home,” Manvir smiled referring to his goal.

“We are high on confidence after drawing against Oman. UAE is very comfortable with the ball. We are aware that despite the crowd not being there, the UAE will enjoy a psychological advantage as they will be playing at home. But the game is not over till it is over,” he stressed.

The practice sessions at Dubai Sports City have been intense ones. Igor has been very demanding from his players, running from one end to the other to explain, demonstrate, and correct their positioning. The next moment he blows his whistle, and his wards are on it for another time, and then again for another time. The process is continuous.

Central defender Chinglensana Singh, one of the debutants against Oman, maintained, “We created chances in the second half but we need to physically improve as a team.”

“Sandesh is so aggressive yet calm on the field. I have been following him closely and it was quite an experience to be pairing up with him. Against UAE, we will play to win. We are confident as a group. We need to play our game and that can make a difference,” stated Chinglensana.

As the team returns from training, Dubai glows brightly. The infra is majestic and one fails to keep track of the numerous turns on the street, cars speeding at an average of 120 kmph. The chauffeur points out, “There was nothing around this junction some two years back—all were vacant. You need time to build, and look at it now—new swanky buildings, malls, complexes, and so green.” The 10 debutants have just started their international career. Witness some more from them on Monday.