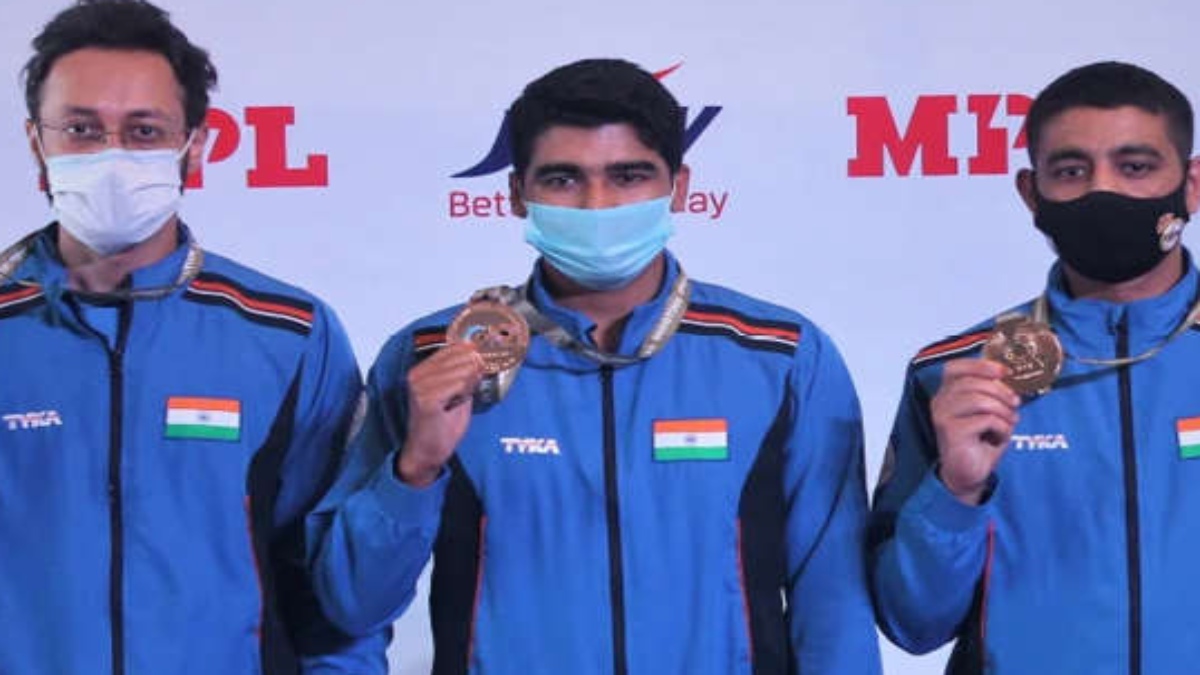 The women’s team of Manu Bhaker, Yashaswini Deswal, and Parmanatham Nivetha scored 16 to win the medal.

The Indian team defeated Vietnam 17-11 in the finals and as a result, the three members brought another gold medal in India’s kitty in the ongoing World Cup.

Yashaswini Deswal had clinched India’s first gold medal in the ongoing World Cup on Saturday as she shot 238.8 in the women’s 10m air pistol final.

Both are rapid-fire shooters and have been shifted to hospital, a National Rifle Association of India (NRAI) official told ANI. On Saturday, two Indian shooters and an international shooter had tested positive for Covid-19.