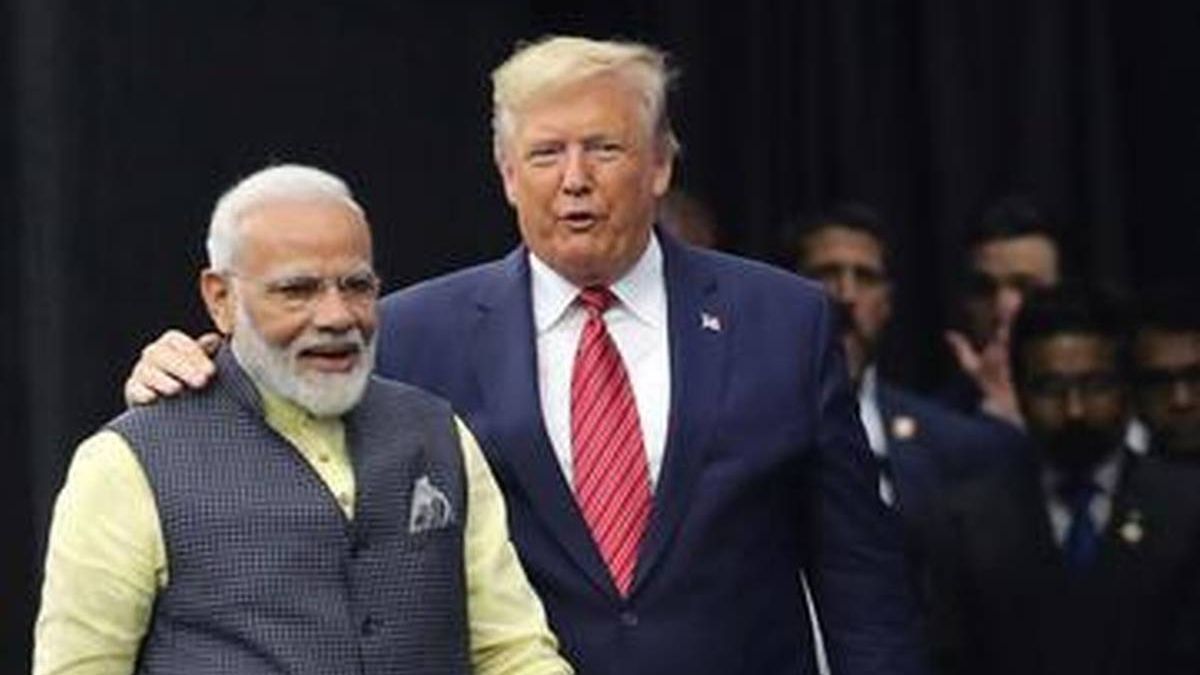 What have the characteristics of the bilateral India-US relationship been in the last 30 years since rapprochement started, and in what ways will the Covid pandemic change this? The answer is twofold–on the one hand, the themes of self-reliance combined with the need to prop up domestic manufacture will hurt India. On the other, India’s traditional woolly headedness and its inability to make hard strategic choices will also mean any goodwill will be flittered away. Industry The electoral map of America has much to do with what happens next.

In 2016, what we saw was 2 thin slivers of Democratvoting blue on the East and West Coast, separated by a massive swathe of red– Republican-voting central US. This is the constituency that Trump catered to. The term “rust belt” is actually as deceptive as it is desultory. While the two coasts have surged ahead with their information age economies, what they forget is the services they provide still very much depend on manufacturing.

After all what is IOS without an actual Apple phone? What is Google Maps without satellites? The problem is much of this manufacturing has been outsourced outside America with the software companies making most of the profit. An iPhone for example costs less than 1/5th of what you pay to manufacture. The manufacturer’s profits are slender, but Apple which puts on the software and does the design walks away with a huge profit margin.

It is these neglected manufacturers, who have been shunted in the quest to maximise profits who voted for Trump. What Covid has done is, it has taught Americans that outsourcing production like this in search of profits can have cataclysmic consequences during emergencies. Even France, a country which has traditionally believed in a strong manufacturing base, had gone too far. In a much talked about tweet, President Macron said that even protectionist France was now looking to claw back some manufacturing and that self-reliance not costs would be the basis for this.

However, given so much ground has been ceded at the WTO with import quotas, it is impossible to claw back this manufacturing without violating international treaty obligations–unless one moves on to the next stage of manufacture–namely 3D printing. In many ways, Covid could be to the manufacturing sector what Fukushima was to Germany’s nuclear renaissance. Germany was to build scores of nuclear reactors in an attempt to emulate France’s nuclearheavy, green energy model.

The single accident at Fukushima however forced Angela Merkel to dump the entire plan which was in its advanced stages and move instead to conventional renewables like water, wind and solar. 3D printing though is nowhere near as developed as we assume it is. However, given that such quantum changes in technology are first applied to lower end manufacturing, the prognosis for India is not good. Enter India India’s plans so far have been to pick up the dregs leaving China as China’s cost of living rises and it transitions from low-end manufacturing to mid-level manufacture.

What India has never understood is that flashy campaigns a la Amitabh Kant–be it “Incredible India” or “Make in India”, don’t change fundamentals on the ground. To name just a few of these: problematic land acquisition; untenably high cost of land; indisciplined badly-trained badlyeducated labour with laws skewed so heavily in their favour that quality control becomes impossible; unpredictable regulatory, tax and dispute resolution mechanisms.

India is essentially a nightmare and an Elvis Presley lookalike with a travelling jamboree can’t change that. In Modi 2, clearly the lion no longer makes an appearance and we can safely say that “Make in India” has bene quietly and unceremoniously been buried with not one single big-ticket project to show for it. Sadly, these grandiose dreams have shifted to 3D printing without understanding the devastating implications for India.

The lower-end manufacturing that initial 3D manufacturing will replace will be India’s own low-end industries. What it will ensure is that production costs will drop dramatically as will labour requirements. This will mean those jobs will automatically gravitate back to the rust belt with a massive decrease in transport costs given there will be no more need for transoceanic transport. The first and worst to hit will be countries like India with the economic impact spreading to China much later when 3D printing achieves the sophistication to replace the kind of mid-level manufacturing that China does.

In short, India’s atrocious business environment is simply not set up to absorb the temporary blip in manufacturing opportunities if and when the US takes a strategic decision not to depend on China, and in the long term, 3D printing will erase what little hopes it has. Goodwill and the “strategic” partnership What we do have with the US is a temporary blip in goodwill coming at the tail end of a prolonged bout of “India Fatigue” in Washington DC.

This, however, is not the first time. There was hope after Bill Clinton’s lifting of nuclear sanctions and his visit to India, but India showed neither a willingness to lift its game nor re-orient strategically. Similarly, despite the 2008 India-US nuclear deal which paved the way for India’s path out of nuclear apartheid, there were no orders for US reactors nor was there a strategic alignment. Despite US Defence Secretary Ash Carter bending over backwards to accommodate Indian arms requests, this realignment did not eventuate.

Even in the midst of repeated incursions into Indian territory, India is unwilling to clearly identify its friends and its foes, throwing away the gains of Doklam at Wuhan, with the comical Modi-Xi bonhomie being as pathetic a joke as the Nehru-Zhou one. Clearly then, thinking that Covid is going to change what 4 successive US Presidents– Clinton, Bush, Obama and Trump–failed to do is wishful thinking, at best. Even if we assume India’s political leadership has wanted this realignment, the note clearly hasn’t been circulated to either the military or the bureaucracy both of which continue to harbour a deep suspicion of the US.

Affixing jargon like “strategic” from everything like ministerial meets to cake baking competitions doesn’t transform relations that simply don’t have substance to begin with. More of the same Make no mistake, Covid will change the world, it will change western attitudes for sure, but it will not shake India out of its lethargy or wishful thinking or bad policies. Till then, all we can expect is a slow return to India fatigue in the short term, a devastating shock to Indian manufacturing in the medium term, depending on how 3D printing evolves and absolutely no change in the long term. India was, is and will remain at best a peripheral, bit player in a clash of titans, despite America’s best attempts at changing that.

Abhijit Iyer-Mitra is Senior Fellow at the Institute of Peace and Conflict Studies.