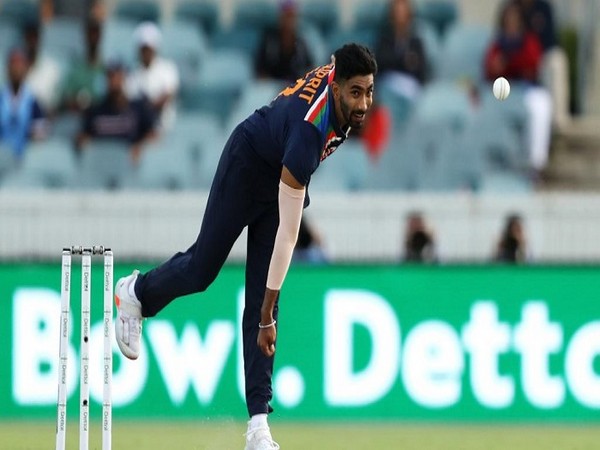 Ahmedabad (Gujarat) [India], March 17 (ANI): England outplayed India in the third T20I to take a 2-1 lead in the five-match T20I series on Tuesday, and Bollywood superstar Ranveer Singh feels the hosts will wear a different look once pacer Jasprit Bumrah returns to the squad.
“Koi naa. Just wait till @Jaspritbumrah93 returns… It will be a different story,” Ranveer tweeted after England thrashed India in the third T20I on Tuesday.
Earlier this week, pace spearhead Bumrah tied the knot with sports presenter and anchor Sanjana Ganesan.
Bumrah shared adorable pictures from the wedding ceremony and the cricketer termed the date (March 15) as one of the happiest days of their lives.
Earlier this month, ANI had reported that Bumrah had asked for some days off as he was getting married. “He informed the BCCI that he is getting married and has taken the leave to help in preparations for the big day,” the source had told ANI.
The 27-year-old Bumrah played two Tests in the four-match series against England and he returned with four wickets. Bumrah was rested for the second Test against England in Chennai and he returned wicketless in the third Test as spinners did a majority of the work. India won the Test series 3-1.
Meanwhile, both teams will now meet in the fourth T20I on Thursday which will be played at the same venue. (ANI)