Ind vs Eng, 2nd T20I: Kohli and boys look to claw their way back after disappointing start (Preview) 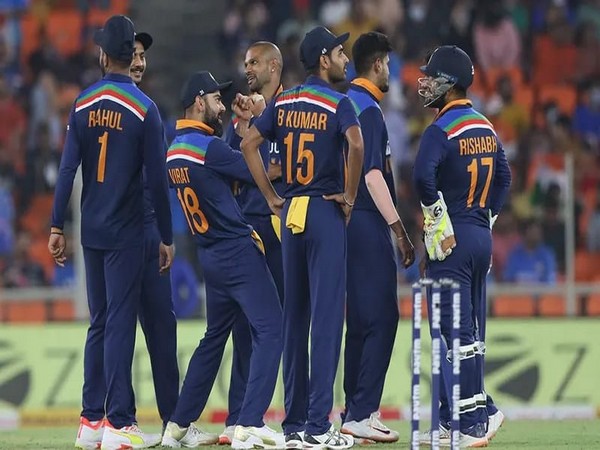 Ahmedabad [India], March 13 (ANI): England skipper Eoin Morgan might have labelled Virat Kohli-led India as the favourites for this year’s T20 World Cup, but their performance in the first T20I of the five-match series clearly showed that India needs to replan strategically going into the second game.
Before the first T20I, India skipper Virat Kohli promised that fans would see a more expressive and aggressive nature from all batters, but it was not how things unfolded in the first T20I at the Narendra Modi Stadium.
In a surprise move, Rohit Sharma was rested for the first T20I even though skipper Kohli had said that Rohit and KL Rahul would start at the top and Shikhar Dhawan would come in as the third opener.
In the first T20I, both Rahul and Dhawan disappointed with the bat. Skipper Kohli was dismissed for a duck and this is the first time, he has been sent back to the pavilion for two ducks in a row in international cricket. Kohli did try to be ultra-aggressive with the bat as he looked to play cross-batted shots from ball one, but this brought about his downfall as he was dismissed by Adil Rashid.
Shreyas Iyer was the lone bright spot for India with the bat and his 67 ensured that the hosts crossed the 100-run mark and it looks like Suryakumar Yadav and Ishan Kishan will have to wait for their chance.
India might have been defending just 124 runs in the first T20I, but it was a disappointing show from the bowlers as they lacked intent and discipline once the English openers got off to a good start.
The bowling attack just did not look potent enough. Kohli went in with Washington Sundar, Axar Patel, and Yuzvendra Chahal as frontline spinners while Shardul Thakur and Bhuvneshwar Kumar played as the seamers. The bowling attack did not manage to trouble the English batters and the two wickets only came when England was very much on their way to sealing the game.
Kohli and boys also failed to read the pitch as the side went in with three spinners on a pitch which was visibly a hard surface and on the other hand, England read the conditions perfectly as the side went in with four frontline seamers and Ben Stokes as the all-rounder.
This series might be a dress-rehearsal for the T20 World Cup, but India need to sort out the gameplan soon, otherwise, the Three Lions might just run away with the series.
India’s T20I squad: Virat Kohli (captain), Rohit Sharma (vc), KL Rahul, Shikhar Dhawan, Shreyas Iyer, Suryakumar Yadav, Hardik Pandya, Rishabh Pant (wk), Ishan Kishan (wk), Yuzvendra Chahal, Rahul Chahar, Axar Patel, Washington Sundar, Rahul Tewatia, T Natarajan, Bhuvneshwar Kumar, Deepak Chahar, Navdeep Saini, Shardul Thakur.
England’s T20I squad: Eoin Morgan, Liam Livingstone, Dawid Malan, Jason Roy, Moeen Ali, Sam Curran, Tom Curran, Ben Stokes, Jos Buttler, Jonny Bairstow, Sam Billings, Jofra Archer, Chris Jordon, Adil Rashid, Mark Wood, Reece Topley. (ANI)