In south cinema, women take over during lockdown! - The Daily Guardian 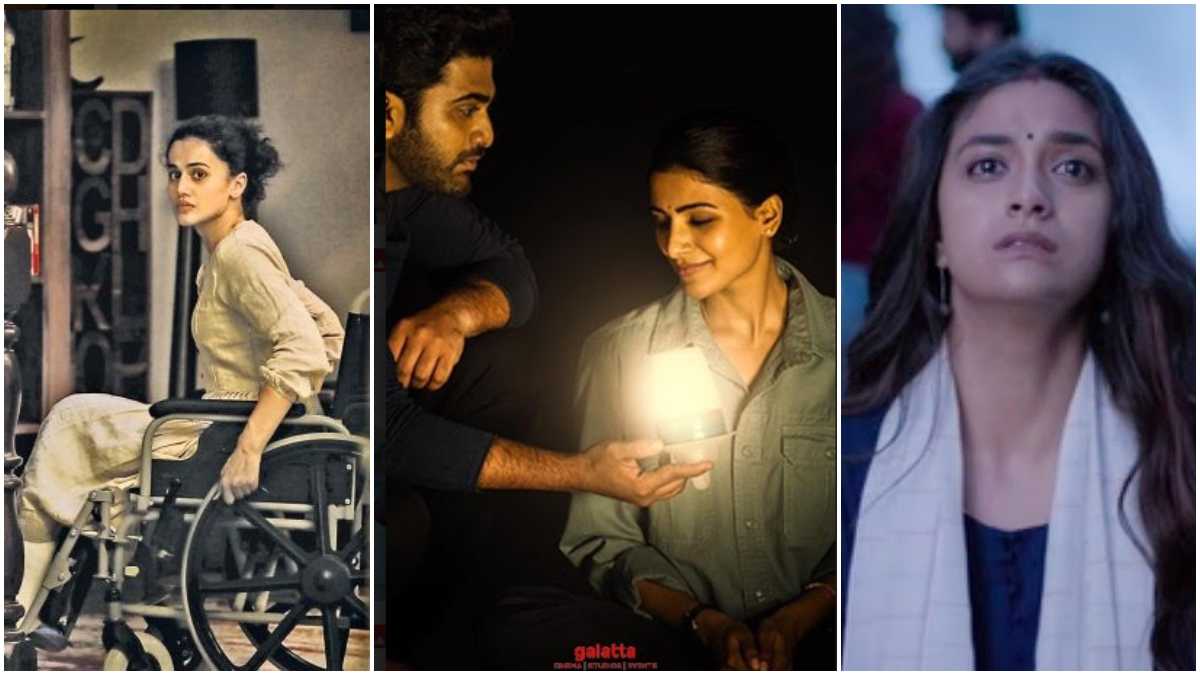 South Indian cinema recently has been focusing on a women-centric approach to their films with spectacular performances by some charming and alluring actresses who really took the spotlight with their spectacular characters. With a rise in OTT viewership helping due to the lockdown, women are taking over with films from the south! Here are a few of those actresses and their amazing characters:

Taapsee Pannu as Swapna in Game Over

In this psychological thriller film, Taapsee astounds the audience with her character of Swapna who is a wheelchair-bound woman defending her home from a mysterious intruder. The film was shot simultaneously in Tamil and Telugu. The film was also dubbed in Hindi and was presented by Anurag Kashyap. It even saw a release on Netflix.

Ponmagal Vandhal is a legal drama where actress Jyothika plays the role of a rookie lawyer who reopens a notorious 15-year-old case of a dead killer, alleged to have kidnapped and murdered young girls. Jyothika plays the lawyer who fights to set right a gross wrong and punish the guilty. The film saw a release on 29 May on Amazon Prime Video.

Keerthy Suresh as Rhythm in Penguin

Mystery thriller film Penguin features Keerthy Suresh in a never-before-seen avatar. Penguin is about a metaphoric seabird who dares to face hell or high water to protect her child from danger. In the film, Keerthy Suresh’s character Rhythm is the Mama Penguin who is out to find her son, Ajay. The film was made in Tamil and Telugu and was released along with a Malayalamdubbed version on Prime Video on 19 June 2020.

Samantha Akkineni as S. Janaki Devi aka Jaanu in Jaanu’

The romantic drama film proved a female can lead the film with Samantha playing the character of Jaanu. The film follows Ram and Jaanu who meet at their school’s reunion and explore their past.

This film is a short film that is worth the mention as it is primarily shot using just an iPhone. The film was released on 20 May 2020 on YouTube.

Manju plays the empowering role of Madhuri in this thriller where the character who is an ordinary saleswoman and lives alone with her mother, refuses to suffer in silence and sets out in search of a sexual predator, with unexpected consequences. Manju surely g a v e a n impactful performance in this one!

Big B slams troll wishing him death from Covid-19