In a rebuke to Pakistan, Russia backs India at SCO - The Daily Guardian 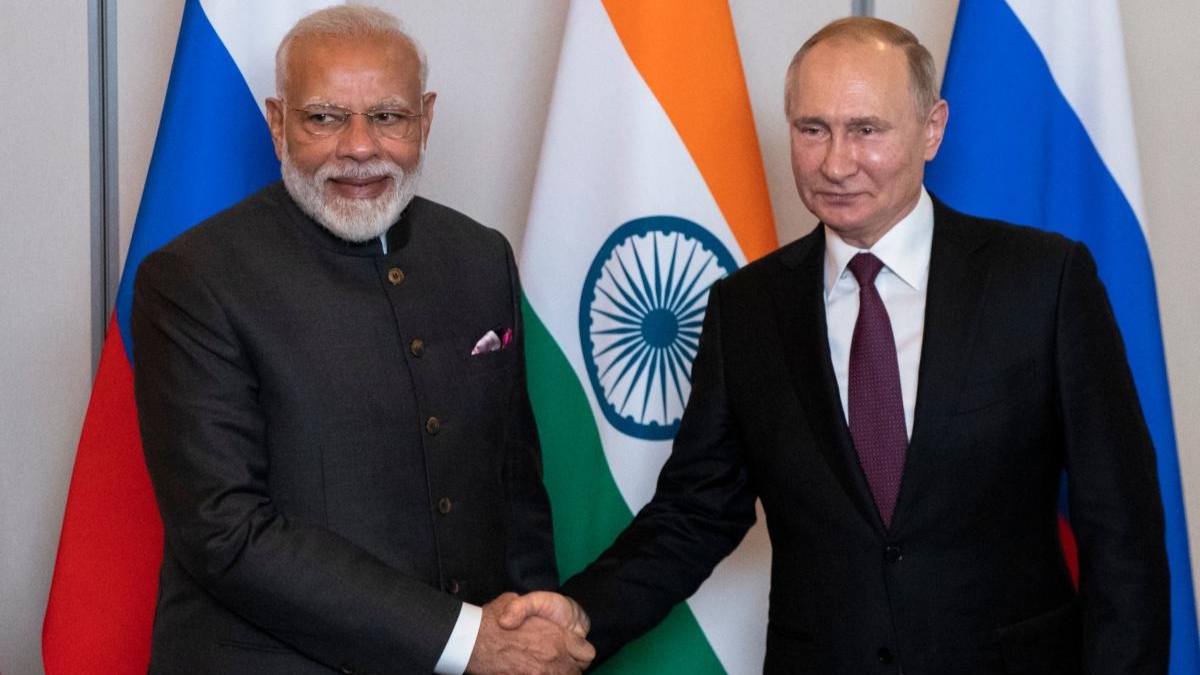 Russia supported India at the Shanghai Cooperation Organisation (SCO) forum on Thursday, when Islamabad tried to attack New Delhi. At the SCO National Security Advisor-level virtual meet, the Imran Khan government’s NSA used in his background a map of Pakistan that violated the territorial integrity of India. New Delhi strongly protested against this act.

According to sources, at the SCO-NSA meet, Russia backed India, saying that bilateral matters should not be raised at multilateral forums like the SCO. The Russian Deputy Envoy to Delhi, Roman N. Babushkin, in response to a question by an Indian international news channel, said, “This is a part of the SCO charter and the SCO basic documents not to bring the bilateral issue into the agenda. It has been made clear to all members states that it should be avoided…for the sake of the progress of multilateral cooperation.”

Earlier, PM Modi had also raised the matter at the SCO head-of-state meeting, saying, “It is unfortunate that many attempts are being made to unnecessarily bring bilateral issues into the SCO agenda. This is a violation of SCO charter and Shanghai spirit.”

PM Modi had said that India firmly believed in “regional peace, security and prosperity and raising voice against terrorism, smuggling of illegal weapons, drugs and money-laundering”.

India will be hosting SCO heads of state in a virtual meet on 30 November. The meeting’s agenda is to focus on economic cooperation among the SCO countries even as India-China remains locked in a stand-off along the Line of Actual Control (LAC) in Ladakh.

This year was the third SCO meeting that India participated in after becoming a full member in 2017. The meeting, chaired by Russia President Vladimir Putin, was attended by Modi, Imran Khan and Chinese President Xi Jinping.

OUR IDEOLOGIES SHOULD NOT GO AGAINST NATIONAL INTEREST: PM MODI IN JNU

‘One of the most experienced leaders’: PM Modi extends birthday wishes to BS Yediyurappa 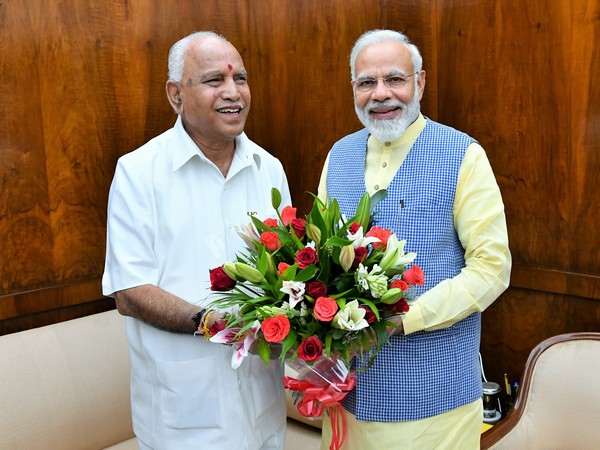 New Delhi [India], February 27 (ANI): Prime Minister Narendra Modi on Saturday extended birthday greetings to Karnataka Chief Minister BS Yediyurappa, calling him one of the most experienced leaders who has devoted his life to farmers and the poor.
“Greetings to Karnataka CM @BSYBJP Ji on his birthday. Yediyurappa Ji is one of our most experienced leaders, who has devoted his life towards the welfare of farmers and empowering the poor. Praying for his long and healthy life,” PM Modi tweeted.
Born on February 27, 1943, BS Yeddyurappa, now 78, was first elected to the lower house of Karnataka Legislature in 1983 and has since represented the Shikaripur constituency seven times.
He was elected as the Deputy Chief Minister of Karnataka on 3rd February 2006 in the JD(S) and BJP Coalition Government. Yeddyurappa was sworn in as the 25th Chief Minister of Karnataka on November 12, 2007.
In Karnataka’s 2008 Assembly elections, Yeddyurappa contested from Shikaripura won the election and took the oath of office as Chief Minister on May 30, 2008.
He is the first person from the Bharatiya Janata Party to become the Chief Minister of a south Indian state and the first Chief Minister to present a separate agricultural budget. (ANI)

Fire breaks out at factory in Delhi’s Pratap Nagar, one dead 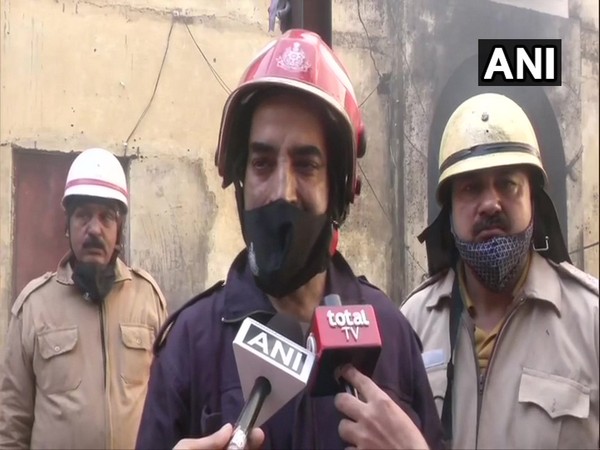 New Delhi [India], February 27 (ANI): One body was recovered from a factory in the Pratap Nagar area of Delhi where a fire broke out on Saturday morning.
According to Fire Officer Rajinder Atwal, eyewitnesses informed that an LPG cylinder exploded following which the fire broke out.
“A Fire Service personnel is injured and admitted to hospital. We have successfully contained the fire,” he said.
A total of 28 fire tenders reached the spot to contain the fire.
Cooling operations are underway.
Further details are awaited. (ANI) 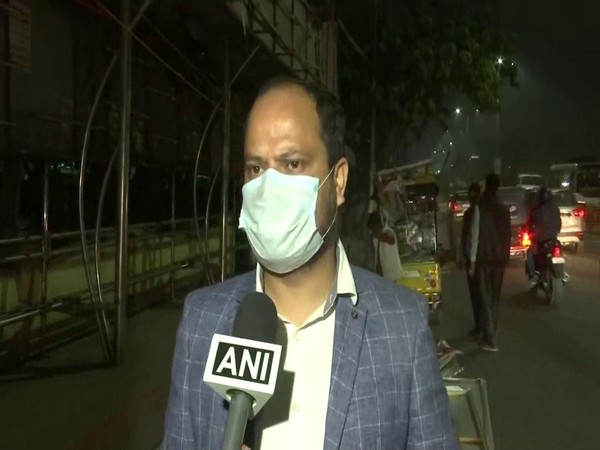 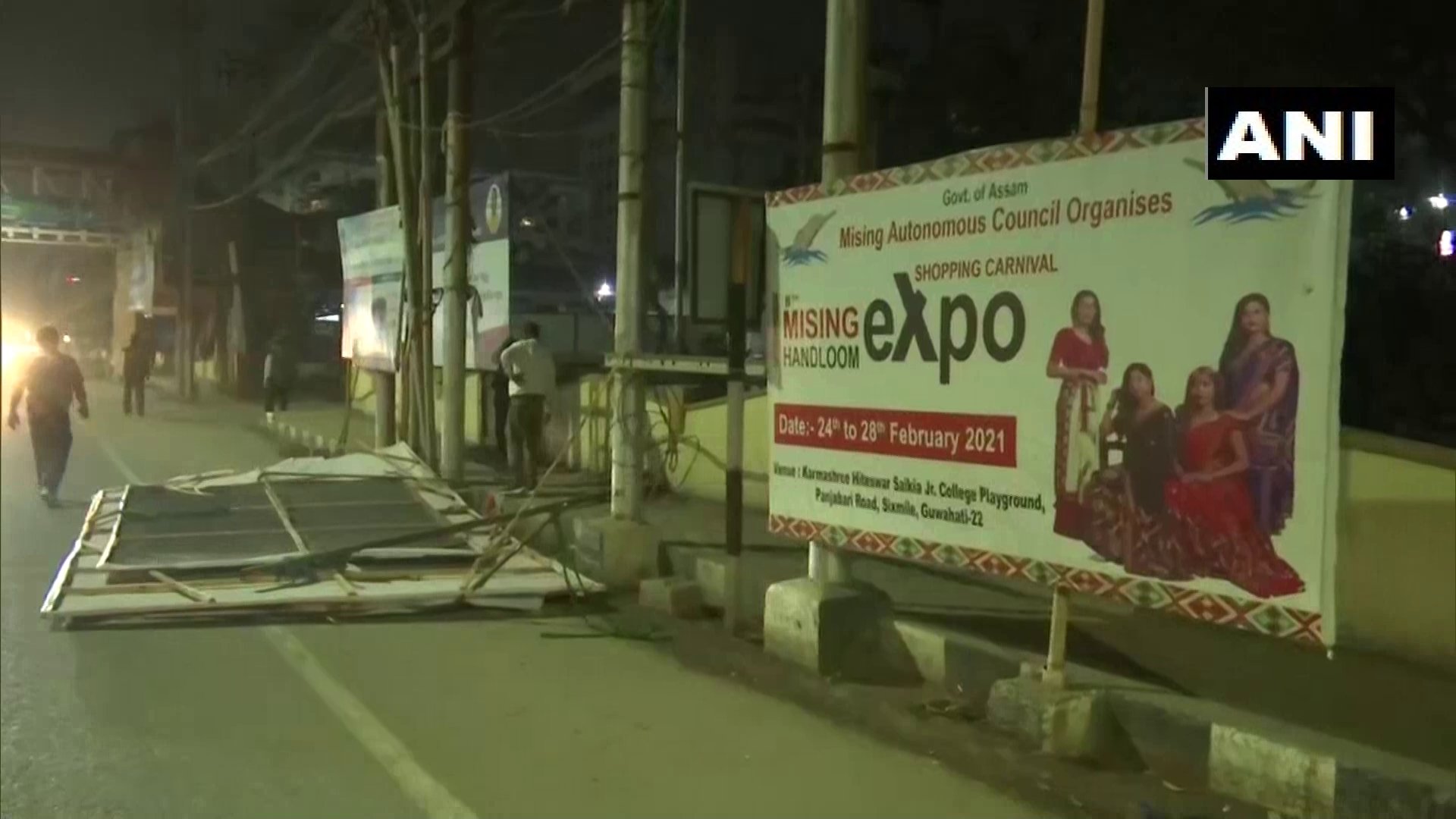 “As soon as Election Commission notified the dates for polls today, the model code of conduct came into effect. We are removing the political posters and banners from all public places and government buildings,” said Lakshya Jyoti Das, Additional District Magistrate (ADM), Kamrup-Metro, Assam. 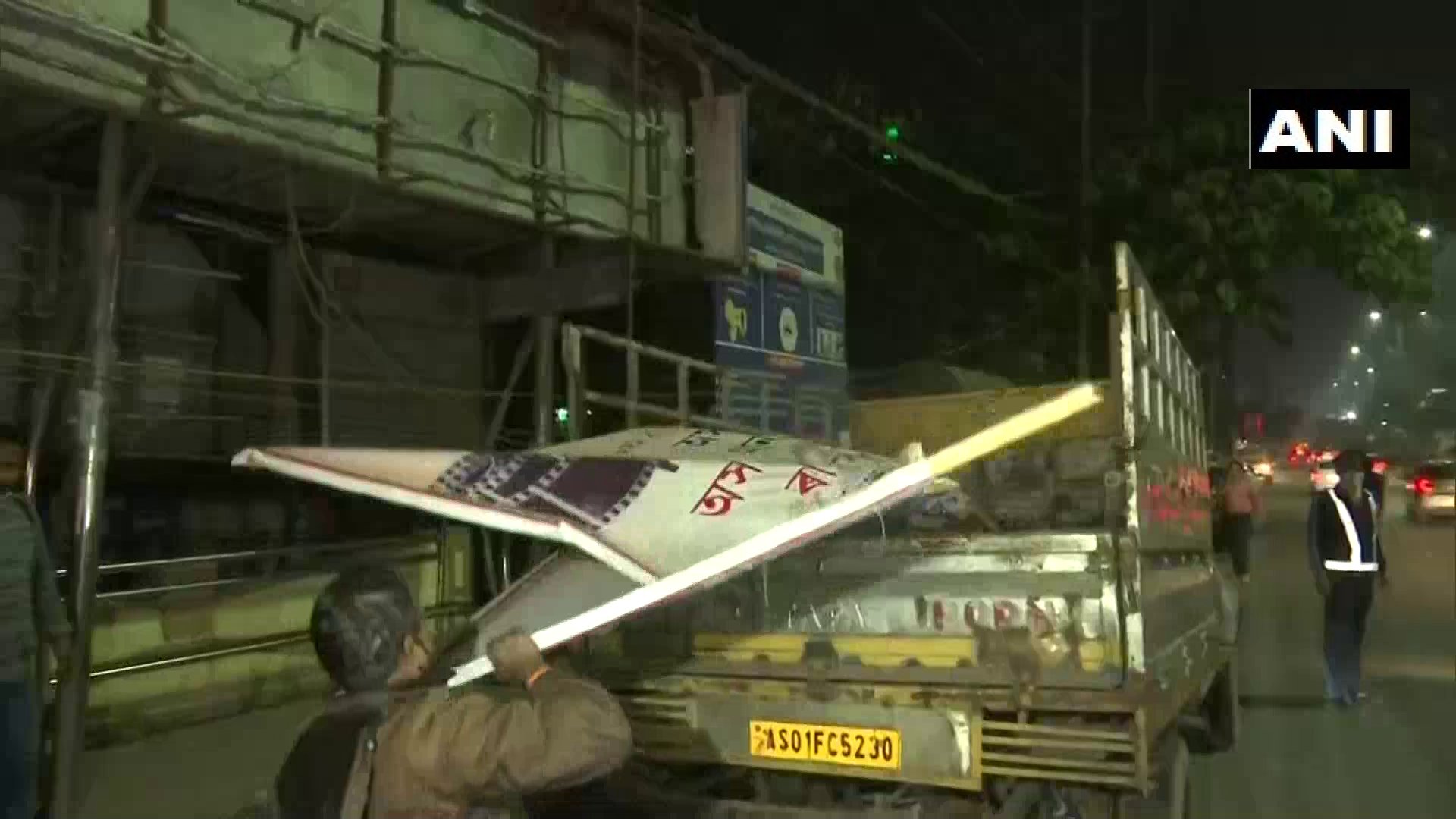 Model Code of Conduct comes into force immediately after the announcement of the election dates.
The term of the 14th legislative assembly of Assam is up to 31 May 2021. The Assembly elections for 126 seats will be held in three phases starting from March 27. In 2016 Assembly polls were held in two phases. 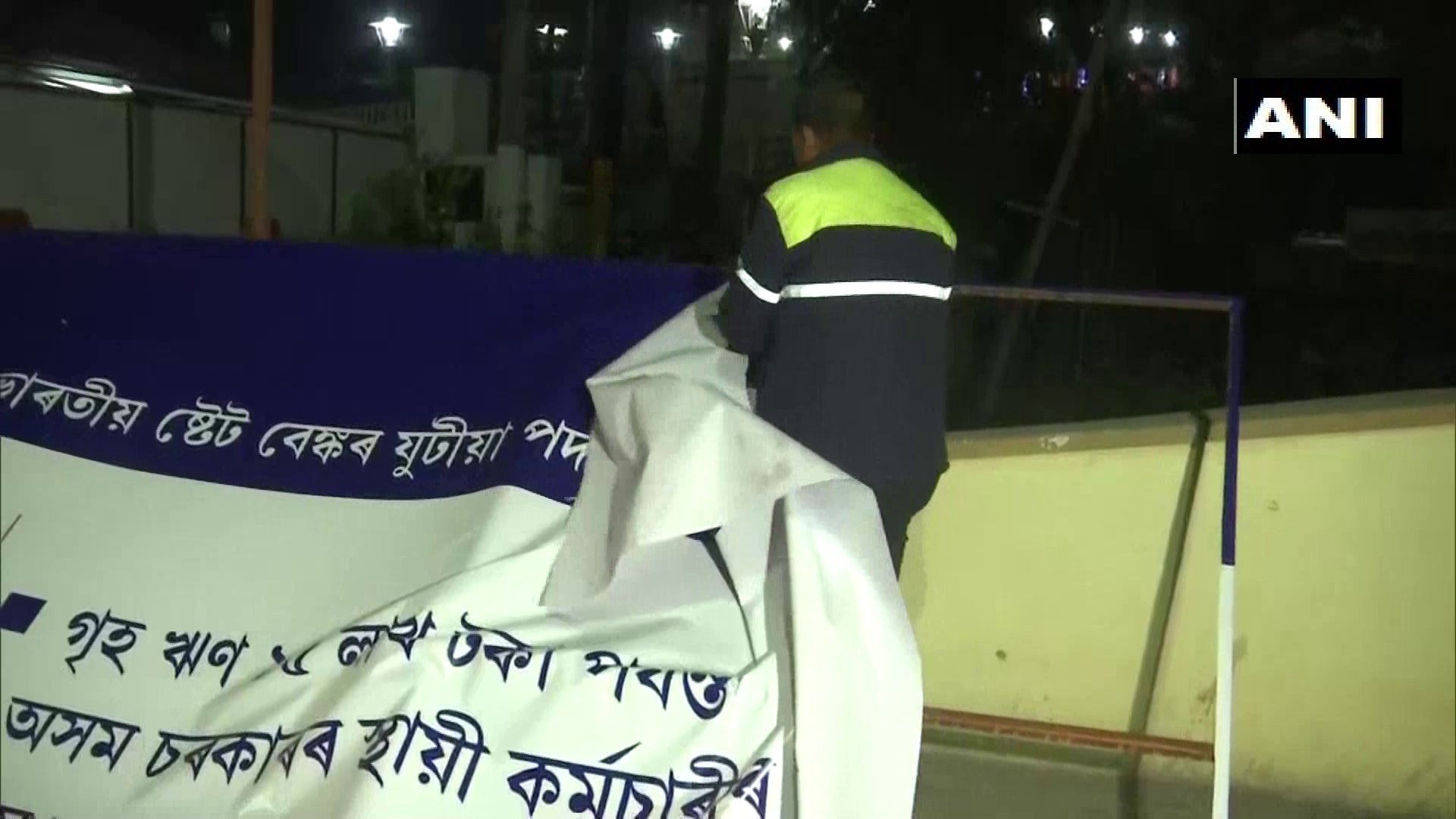 A total of 2,32,44,454 electors will elect the candidates in Assam for the 15th legislative assembly of Assam. Of the 126 seats, the number of reserved seats for SCs is eight and for STs it is 16. The number of polling booths in Assam has been increased from 24,890 to 33,530, an increase of 35.71 per cent.
Addressing a press conference, Chief Election Commissioner Sunil Arora said: “In Assam, elections shall be held in three phases. The first phase of notification is March 2 and 47 seats in 12 districts will go to the polls. The last date of nomination March 9 and the date of poll is March 27. In the second phase, 39 constituencies in 13 districts will go to the polls on April 1. A total of 41 constituencies in 12 districts will go to polls on April 6.” (ANI) 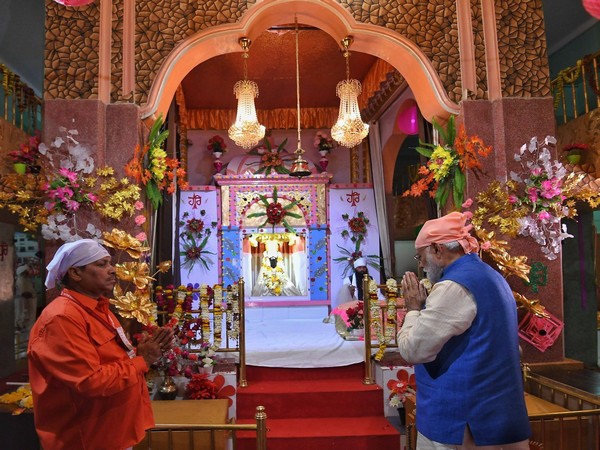 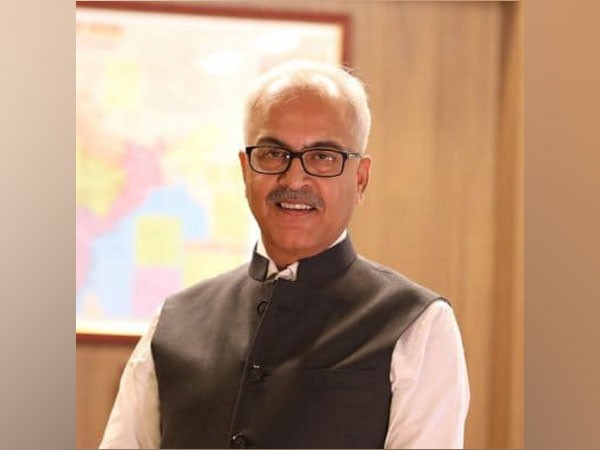 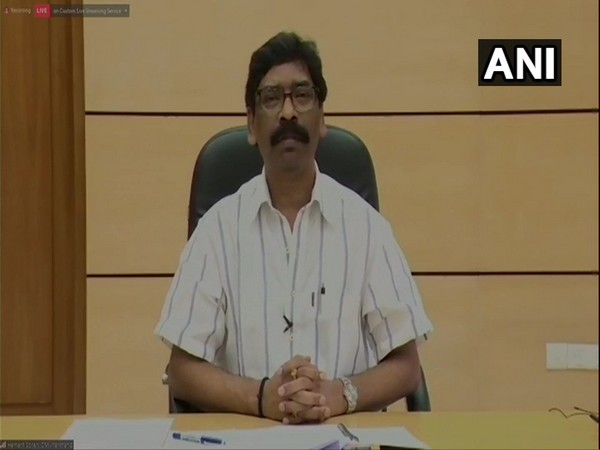