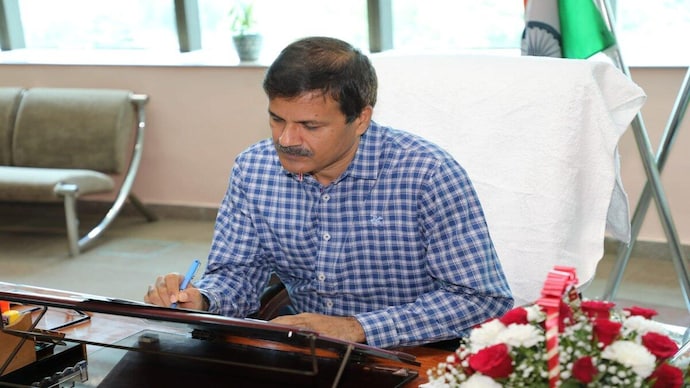 Ashwani Kumar, a special officer of the Municipal Corporation of Delhi (MCD), has been named principal secretary (home) in the Delhi government, according to a Friday order from lieutenant governor VK Saxena.

Kumar, a 1992 batch IAS officer from AGMUT cadre, will also continue to hold the charge of special officer of MCD, the order, issued by the deputy secretary (services) Anju Mangla on October 7, said.

“Lieutenant governor is pleased to post Ashwani Kumar, special officer, Municipal Corporation of Delhi as principal secretary (home) with immediate effect in pursuance of the approval by competent authority of the transaction of business of Government of National Capital Territory rule, 1993,” the order said.

On May 20, 2022, the Ministry of Home Affairs designated Kumar as the special officer. During the transitional time until new elections are held to the united MCD after the delimitation procedure, Kumar was in charge of the operations of the deliberative elected wing of the MCD.

Prior to being transferred to Puducherry in November 2017, where he served as chief secretary till May 20, 2022, Kumar was the senior secretary of the Delhi government’s public works department (PWD) and the director of vigilance.

His earlier time in the capital’s elected Aam Aadmi Party (AAP) cabinet was characterised by conflict.

The controversy started with his nomination as the PWD secretary in August 2016, a step for which Chief Minister Arvind Kejriwal criticised the Centre and the L-G since, according to the AAP, it was done without consulting the CM.

Kejriwal wrote to MM Kutty, the then chief secretary, in June 2017 and asked that he file a “dereliction of duty” complaint against Kumar for the improper and delayed de-silting of drains.

The officer hit back, saying “negativity and a squabbling” does not help address civic challenges.The petitions committee of the Delhi assembly summoned Kumar in October 2017 for allegedly misleading a house panel about the issue of desilting sewers. Later, he succeeded in getting the Delhi High Court to stay the order.