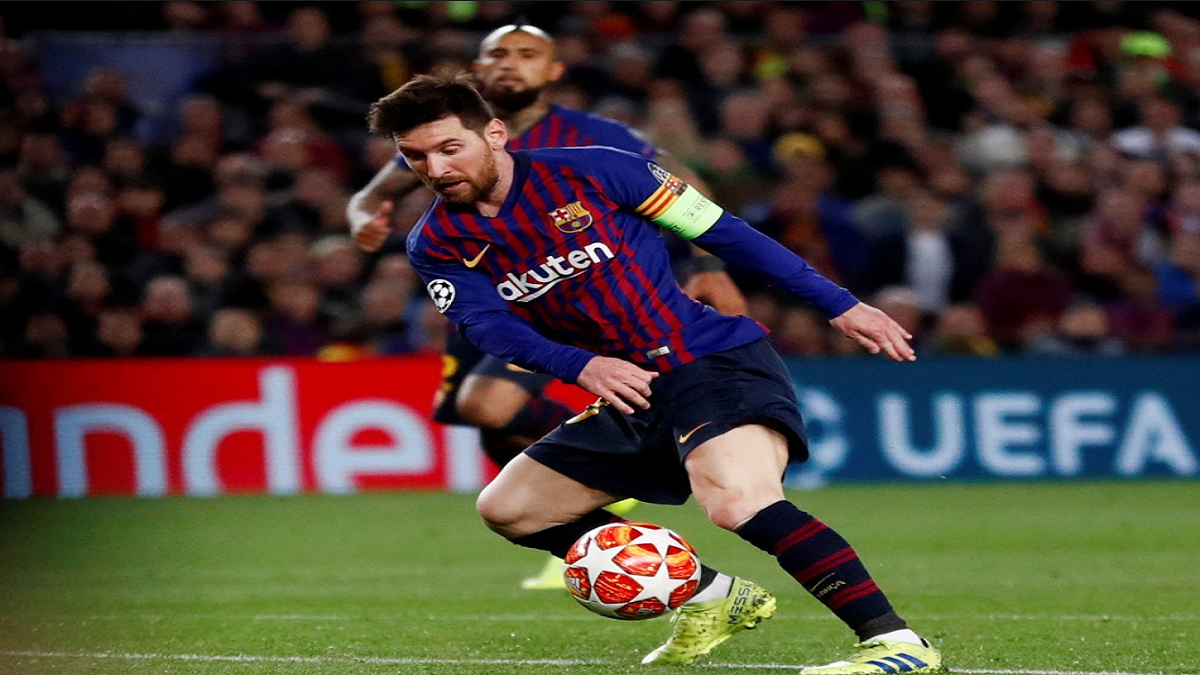 Former Barcelona footballer Luis Garcia is hopeful that Lionel Messi will continue to stay with the Catalan club. “I would love to see Messi in LaLiga and Barcelona of course. Even though sometimes people think they struggle, that’s part of the game. I hope he stays,” Garcia, who played for Barcelona in the 2003-2004 season, said during a video conference facilitated by LaLia, answering a query by IANS.

“His home. All the supporters love him not only in Barcelona but around the world. All enjoy watching him play, so hopefully he can stay many years,” added the 42-year old who has also played for Atletico Madrid and Liverpool among other clubs and is a LaLiga ambassador.

Barcelona are currently one point adrift of league leaders Real Madrid but the latter have a game in hand and can go four points clear with two games remaining for the competition to end.

Praising the ineffable Barcelona squad and their overall form, Luis Garcia said: “if you look at the squad of Barcelona they are looking at a new generation with Riqui Puig, Ansu Fati… players who are adding so much quality.”

With inputs from IANS

Gabriel has a massive heart, been through a lot: Holder

SYDNEY: After registering a win by 51 runs in the second ODI of the three-match series against India, Australia skipper Aaron Finch on Sunday said he does not think David Warner would be available for selection for the third and final ODI.

“Anytime you get in the high 300s is good. Very pleased to wrap it up in two wins. No idea about Warner’s fitness. We’ve got to reshuffle it around, I don’t think he’ll (Warner) be available. The way Davey played upfront was unbelievable. Then Smithy played out of his skin for two matches in a row. Henriques bowled to a simple plan and changed his pace a lot. As Virat said, we probably got a blueprint with Hardik’s bowling, he was really hard to hit with pace off deliveries,” said Finch after the conclusion of the match. Warner will be undergoing scans later today for a groin injury he suffered in the ongoing second ODI of the three-match series. Warner had injured himself diving to make a save early in India’s chase. In the fourth over of India’s innings, Shikhar Dhawan hit the ball towards mid-off, where Warner produced a dive to stop the ball. It was then that Warner appeared to be in some discomfort.

PANDYA SHOWED HOW TO BOWL ON SYDNEY WICKET: KOHLI

Sydney: After coming up short by 51 runs in the second ODI of the three-match series against Australia, India skipper Virat Kohli on Sunday said that all-rounder Hardik Pandya showed the way to ever bowler on how to bowl on this Sydney wicket.

“We were completely outplayed. I think with the ball we were not that effective. Didn’t hit the areas we wanted to consistently. They’ve got a strong batting lineup and know the angles. Their total was a bit too steep, if you see we got 340 and still lost by 51 runs. With the areas they bowled, they were in a position to create chances, and with those chances taken, they were on top,” said Kohli after the conclusion of the match.

“I think he (Pandya) gave away a bit of a bowling plan on this pitch, a lot of them bowled cutters. His bowling was out of nowhere I just asked him. KL and I thought even 100 in the last ten overs with Hardik to come was achievable. If KL and I had stuck around till the 40th over, we could have put them under pressure. The wicket was beautiful to bat on,” he added.

SYDNEY: Australia’s Steve Smith, after scoring back-to-back centuries against India, said that a changed batting approach has been yielding better results for him in the ongoing series. He said that he is now “batting with more finesse” rather than hitting the ball hard. Smith smashed a 104-run knock off 64 balls and was awarded player of the Match. Riding on his knock, Australia posted a mammoth total of 379/4 in their 50 overs and won the game by 51 runs.

“I felt good from ball one. It was another great foundation set by Finch and Davey. It’s just summing up conditions and what’s in front of you. Against India, you need to score big totals. Fortunately, it’s come off. I am batting with more finesse now and that’s worked. Tried to slog the balls hard a couple of weeks ago. It (records) doesn’t bother me, nice to score some runs for the team. The boys were outstanding in the field too,” Smith said at the end of the game.

FALLING OUT OF LOVE WITH FOOTBALL BECAUSE OF VAR: MILNER

Liverpool vice-captain James Milner has said that he is falling out of love because of the Video Assistant Referee (VAR) technology. He has also called for a serious discussion about the use of VAR in the Premier League.

“It is clear and obvious we need a serious discussion about VAR. Sure I am not alone in feeling like they are falling out of love with the game in its current state,” Milner tweeted.

Milner’s remark came as Liverpool looked set to claim all three points against Brighton on Saturday. However, the Reds were denied full three points as Andy Robertson appeared to catch Brighton forward Danny Welbeck inside the box when he attempted a clearance, Goal.com reported.

The referee checked the footage and subsequently awarded Brighton a penalty. Pascal Gross then converted to ensure the sides shared the points in a 1-1 draw.

With this result, Liverpool returned to the top of Premier League standings with 21 points from 10 matches.

Right-handed wicketkeeper-batsman Glenn Phillips scored a brilliant hundred to help New Zealand comprehensively beat West Indies by 72 runs in the second T20I at the Bay Oval on Sunday. After putting a mammoth score of 238/3, the Black Caps restricted the visitors to 166/9 in their allotted 20 overs to take an unassailable 2-0 lead in the three-match series.

Phillips scored 108 runs with the help of ten 4s and eight 6s during the course of 51-ball knock. He was ably supported by Devon Conway (65* off 37 balls) as the duo shared a 184-run stand for the third wicket. Martin Guptill, who opened the innings, also contributed with 34 runs.

Chasing the mammoth target, West Indies were never in the hunt as they kept losing wickets at regular intervals. Skipper Kieron Pollard top-scored for the visitors as he scored 28 runs in 15 balls before becoming Mitchell Santner’s victim.

Apart from Pollard, Keemo Paul and Shimron Hetmyer scored 26* and 25 runs respectively. For the hosts, Kyle Jamieson starred with the ball as he returned with figures of 2/15 in his four overs.

The Black Caps, who had won the first T20I by 5 wickets via DLS method, will now aim to go for a clean sweep when they take on West Indies in the final match on Monday.

A woman, in a press conference, has accused Pakistan skipper Babar Azam of abusing her. The woman, claiming to be Babar’s school-mate, said that the player had been exploiting him for almost ten years.

In her press conference, she also claimed that Babar had promised marriage to her in 2010, but he later did not live up to his word as he became a famous cricketer. In a video shared by Pakistan journalist Saj Sadiq, the woman can be seen calling for justice. The lady also claimed that she went on to support Babar financially when Babar had not made it big as a cricketer.

She also claimed that Babar physically abused her and threatened her if she went to the police. “He promised to marry me, he got me pregnant, he beat me up, he threatened me and he used me,” the woman can be heard saying in the video shared by Sadiq.

Earlier this year, Babar was named Pakistan’s skipper for all three formats of the game.