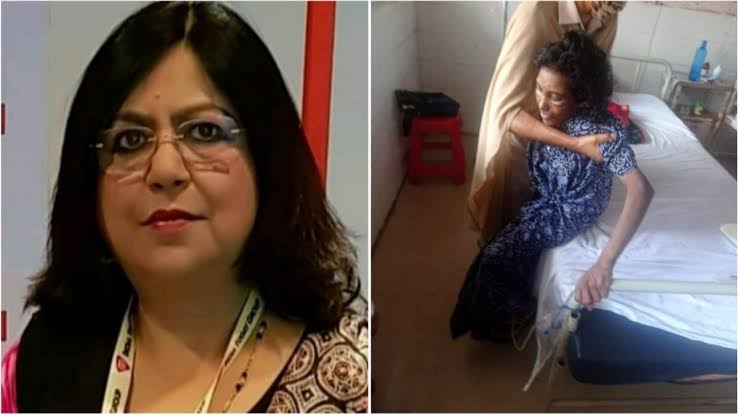 The BJp politician, Seema Patra, who has been suspended after being accused of torturing her housekeeper, has stated that the claims against her are untrue. Details of the alleged assault are coming to light, causing widespread indignation as the opposition criticises the BJP. The Jharkhand politician can be heard saying, “Yes, I have been implicated,” in a video released shortly after being taken into custody.

“These are false allegations, politically motivated claims..,” she further added.

Patra, who is in her 60s, has long been charged with torturing and assaulting her housekeeper.

The domestic worker, who reportedly was saved by the police last week, was greeted by former CM Babulal Marandi on Wednesday at a hospital. “She used to work at her house and is a poor woman. She shouldn’t have beat her in that manner. She (Seema Patra) being detained is a good thing,” he said  Patra, a member of the Mahila Marcha (the party’s women’s branch) national executive, had been suspended by the BJP on Monday.

In the meantime, the opposition has launched a fierce campaign against the BJP. Leading party figures have been charged by the Congress for being “quiet” on the issue.

“The kind of inhumanity that BJP leader Seema Patra has done to a tribal disabled girl for eight years… it is going to put humanity to shame. The silence of the BJP top leadership in this entire matter is raising many questions,” a tweet by the party in Hindi read.

“Does BJP not consider tribals as human beings? Do we treat them as second-class citizens? The leaders of the self-proclaimed’sanskari’ party, run by ‘Nagpur’, who have crossed all limits of inhumanity, will have to answer. In Chhattisgarh too, they exploited the tribals for a decade and a half,” Chhattisgarh chief minister and Congress leader Bhupesh Baghel tweeted.

Man raped a 16-year-old girl, filmed the incident for extortion