HOPE IN THE TIME OF DIWALI - The Daily Guardian 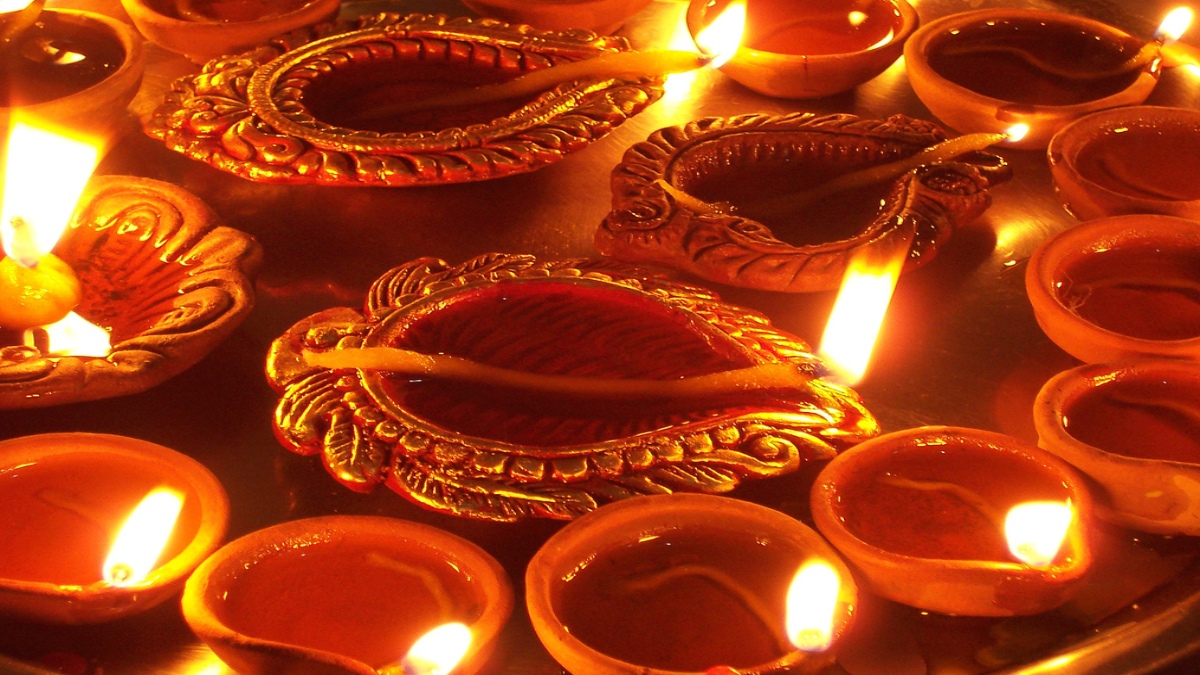 As a child, I remember participating in my family’s annual Diwali customs with much gusto. The festivities always began with my grandfather presiding over an elaborate Lakshmi Puja for which, the puja ka samaan would be brought out of the tosha khaana, a storage room for family heirlooms. An old frame of a lotus-seated Goddess Lakshmi would be placed upon a puja altar and surrounded with a volume of ancestral coinage. Seated on his chair due to ageing joints, my grandfather would carefully wash and pat dry each coin before anointing it with kumkum and a few grains of rice. In the meantime, the ladies of our household readied the puja thali and brought forward the two prasad offerings. Smooth, pebble-white batashas sharply contrasted against amber-coloured shards of cane juice, known in our part of the world as chipdra. My cousins and I would buzz around the puja room like mischievous charlatans, awaiting the prasad offerings that we could only lay our hands-on after the aarti was done. Still, when we found our grandfather too engrossed in the coinage, we’d quietly jostle for a handful of those sweets and hide them in closed fists. Our palms often went moist as the batashas and chipdras dissolved in their warmth, and our lenient grandmother would smile at the sight of our sticky hands as they lay outstretched after the aarti for the supposed first helping.

Thereafter, we’d race to the baaradari or fort terrace and wait for our elders to arrive less hurriedly and light the first diyas. Many senior members of the hotel’s staff body stood waiting, in turn, to seek their blessings on this auspicious day, and to light the remaining diyas with us. The fort’s parapets would gradually be studded with tiny wicks of light that spelt nothing short of a fairy tale from near as well as afar. To watch this silhouette being orchestrated year after year as the rest of the village launched firecrackers into the darkening lilac skies is one sight that has endured the tests of time. Back in the days when the world interpreted environmental concerns with lesser urgency, we kids would unbox phuljaris, anaars, chakris, rockets, and a snake cracker that made an amusing expansion in length when lit. After we’d run out of our sanctioned supplies of firecrackers and exhausted all negotiations for more, we’d join the rest of our family for dinner that ritually ended with a steaming bowl of gajar ka halwa.

As much as this day spelt revelry for us, it must have been the most dreaded one for our four-legged canine family members, who lay hidden anxiously away from the deafening noise, under beds and sofas. Relieved after the long night had ended, they’d lie huddled sunning themselves as the rest of us got dressed for the Rama Shaama, a festive congregation that we presided between a men’s and women’s wing. Seated in the zenana wing, my grandmother and mother offered amal and the contrasting sweets’ thali to swarms of visitors heralding from the village. Accompanied by their children, siblings and in-laws, they were mostly women. Their male counterparts made way for the men’s wing, wherein similar customs prevailed. Growing up, I envied that wing for being placed in closer proximity to the musicians and just more lively in general. Perhaps, coyness spared the virtues of men more often.

But irrespective of their outward demeanour, each and every person who attended the Rama Shaama was bound to the other by a mutual act of goodwill and hope. This stems from an age-old cultural sensibility as per which, any two persons or parties that happened to have suffered a fallout could mend their relationship at Rama Shaama. In other words, the sheer act of attending the event spelt a willingness of letting bygones be bygones and this intentionality, for me, was the most triumphant aspect of a festival. Especially so, as even though we avow new beginnings and resolutions through most festivals, we mar their collective ethos by the private secrecy of our commitments. Much of our intentionality ends up getting stagnated in our own little imagination and lacks a communicative outlet.

Unlike these instances of personal conviction, Rama Shaama spells praxis in a community. Retrospecting as an adult, I’d say that it serves as that one cultural link that supersedes our mere intent for new beginnings and translates them into tangible actions. In a growingly egotistical world, participating in a mutual exchange of forgiveness, of simultaneously seeking it and granting it, for me, spells festivity in its truest form. I can now make better sense of the eventual culmination of our numerous Diwali customs into the affair of Rama Shaama, for its magnanimity of intent and action. Fuelled by digital technology and expedited by the recent pandemic, our social isolation has heightened a collective sense of alienation and estrangement. In such circumstances, occasions like Rama Shaama find a steepened sense of relevance for their potential to connect and negotiate bonds.

Khimsar is gearing up for a post-pandemic celebration of Diwali yet again. In the meantime, I am situated in my Himalayan haven where I must attend to my hotel business. I sure miss the festive air back in my ancestral home and am reminded by this writing exercise to rekindle a community of care right here, wherein the festival of lights might translate into a festival of togetherness, forgiveness and hope, sooner or later.

I can now make better sense of the eventual culmination of our numerous Diwali customs into the affair of Rama Shaama, for its magnanimity of intent and action. Fuelled by digital technology and expedited by the recent pandemic, our social isolation has heightened a collective sense of alienation and estrangement. In such circumstances, occasions like Rama Shaama find a steepened sense of relevance for their potential to connect and negotiate bonds.