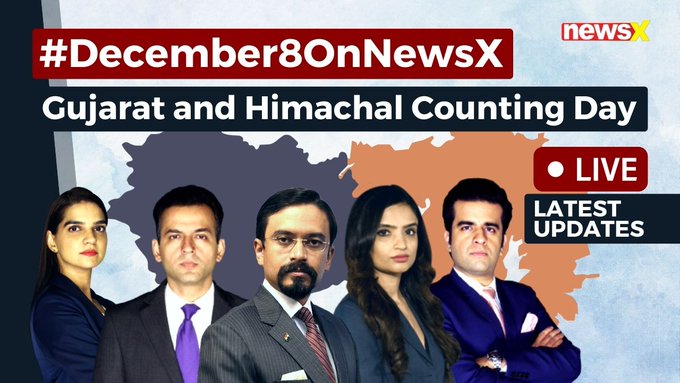 Early trends from Himachal Pradesh, where the counting of votes cast in the assembly elections is underway, show that the Congress has jumped ahead of the BJP, leading on 39 out of the 68 seats, while the ruling party has won one seat and is ahead on 26.

As the party is set to come to power in Himachal Pradesh, all-India Congress Committee in-charge Rajeev Shukla praised Priyanka Gandhi. Shukla said it was Priyanka Gandhi who took the reins of the campaign in her hands and did a great job with it.

“Though the results are still coming in, it is a victory of the people. With the blessings of God, if Congress wins, we will do everything possible for the interest of the people of Himachal Pradesh. Priyanka ji (Priyanka Gandhi Vadra) campaigned a lot, she worked really hard,” he said.

Amidst a tight contest, the vote counting for the Himachal Pradesh assembly began at 8 am on December 8. There are 68 halls in Himachal Pradesh, spread across 59 distinct locations.

According to official ECI data, in Himachal Pradesh, the Congress party is leading on 39 seats (majority mark is 35), and the BJP has won one seat, with Chief Minister Jairam Thakur winning in Seraj, while the party is leading on 26 seats. Independent candidates are leading in three assembly constituencies.

According to media reports, BJP leaders have tried to establish contact with independents who were leading in the election.