Has Putin already won against the West? 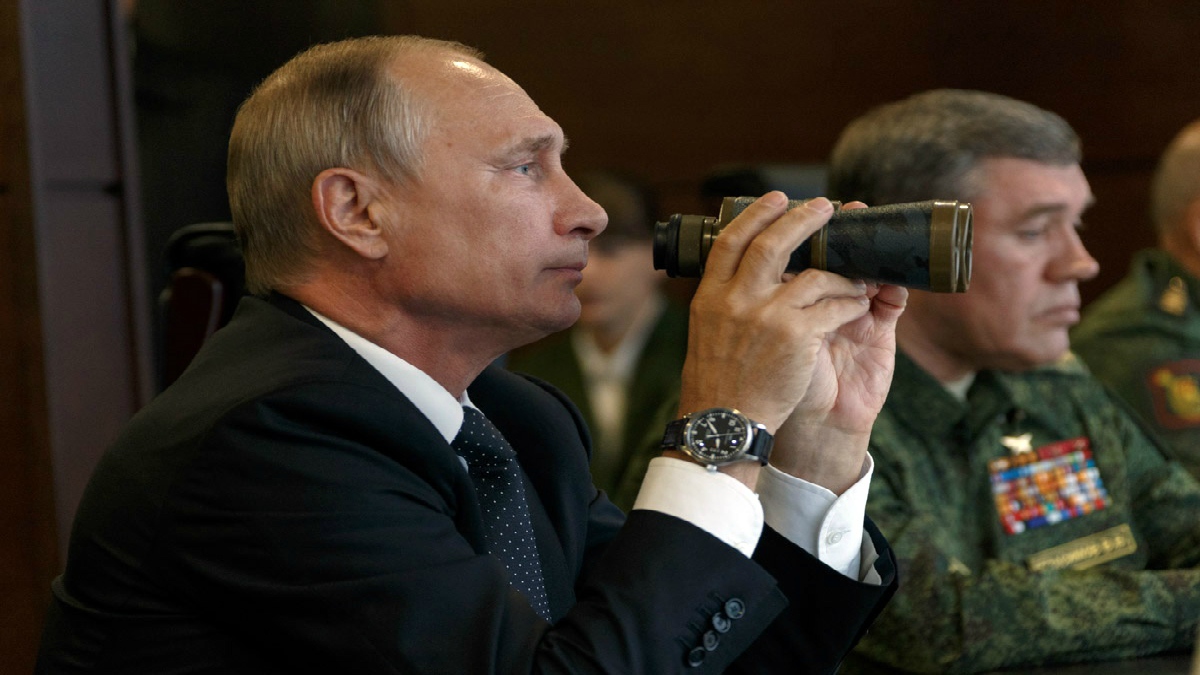 By listening to many western commentators, be it on the daily BBC to CNN news hour, Putin is losing the war in Ukraine. First, they spoke of his humiliating defeat as his armed forces could not take Kyiv. And according to many western analysts, Moscow thought it was going to be a cake walk to take all of Ukraine, producing a victory in days. How disappointing for it that it now only holds around 15% of the country, goes this logic. Then more recently north of Donbas, Russia has swiftly given up thousands of square kilometers it had previously taken. I will argue that in fact, Putin has already won the war in the broader sense. Why?
First, let us look at sanctions. This is the economic war dimension that cannot be separated from the overall war. The West that controls most of the financial system and investment capital believed they had so much leverage that they would make the Russian economy scream. That their central banks and others by essentially confiscating a major part of the Russian central bank’s foreign exchange reserves would reduce the ruble to rubble.
But what do we see from the massive economic ganging up on Russia by NATO members and their allies on the economic war front? Instead of a smashed ruble, it has been one of the best performing currencies against the US dollar over this year. Rather, it is Europe with its euro and Great Britain with its pound that have significantly gone down against the greenback—so this is victory number one for Moscow.
Furthermore, the value of Russian energy exports has gone up by 50% compared to the same second quarter last year. Why? Because the war in Ukraine in a significant part has destabilized the energy market causing dramatic rises in the price of gas and oil. This is especially so in Europe. All because so many measures in the West have led to its cutting off Russian energy. With pressing away with so many over-the-top sanctions, it caused Putin to shut down a majority of Russia’s western gas exports under the guise of maintenance.
The net effect of this energy picture is that there are worrisome signs of greater impoverishment of many western consumers and voters. And there is major economic fallout onto many in the middle class on their energy and food bills. Also, there is a greater uncertainty about the investment and future job picture, especially for Europe, leading to continued election losses of NATO governments. This is a double victory for Moscow, suffering much less than the West predicted with Putin retaining higher popularity with his people and major exports.
And what is happening on the diplomatic front, another part of the war? Countries representing half of the world’s population have refused to condemn Russia over the war. In fact, trade between Russia and China has gone up significantly and so has it with India. India and China are calling for peace, not the condemnation of the Kremlin. Rather than isolating Russia, NATO and its allies seem to have few allies in the South that squarely blame Russia for the mess in Ukraine. But does the South more and more see the West as a barrier to promoting a ceasefire? The other fallout for the West is that the South sees how weakened the West is geopolitically by not getting anywhere near the results by hammering Russia so economically. And the South’s lack of full solidarity with the US position on the war and sanctions reinforces Putin’s view along with the Chinese premier’s that a new multilateral world order is emerging that goes well beyond a convenient rules based one, dominated by the US’ and its allies’ preferences. Cannot this be called another Putin victory?
There is another win for Moscow. At least, it feels that after its security concerns being so ignored by its neighbours that it has shown it is willing to go to war and not bend over. There was a lot of hurrah in Washington when Victoria Nuland (highly promoted by US President Biden) was proud to say several years ago how billions of US dollars had essentially helped to bring about an anti-Russian government in Kyiv—a coup, as some describe it. Moscow has clearly put down a marker on this regarding Washington’s attempts at excess meddling in its neighbours to both major security and economic disadvantage to Russia?
Yes, the Russian economy has not benefitted from sanctions. Yes, the battlefield situation especially recently has not been favourable, leading Putin to a mobilization of many extra troops. And many Russian soldiers have lost their lives.
But as the New York Times, top best-selling author and leading psychologist, Jordan Peterson, has stated on the famed talk show hosted by Piers Morgan on Sky News: Putin could have had his troops leave Ukraine and declare victory to his people. Why? Because he basically took on the combined economic and weapon might of US-led NATO and really did not fall and is still standing. And he showed to the West that there is a major price to pay economically and otherwise for so thoroughly running roughshod over Moscow’s redline interests.
Putin has won in many ways, whatever the outcome of the war is on the ground. This gives him more reason to leave Ukraine, sooner than later and not to use the nuclear option to save face. Period.

Peter Dash is an educator in Southeast Asia and is a frequent contributor.