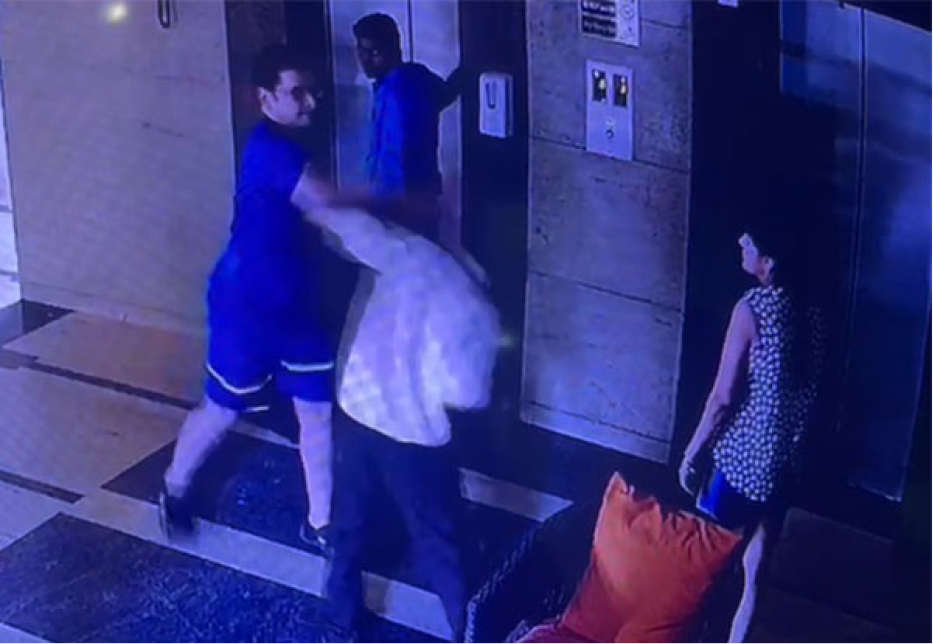 The accused, Varun Nath, who was arrested for slapping and threatening a security guard, has been released on bail, confirmed Gurugram Police.  The Gurugram Police had booked the accused named Varun Nath for allegedly slapping the security guard who rescued him after being trapped in the elevator in a Gurugram building. The police also said that a charge sheet would soon be filed in the case. A resident of a society in Gurugram was arrested under Sections 323 and 506 for slapping and threatening a security guard who worked in the same society. The accused is out on bail.

A charge sheet is to be filed soon, “Gurugram ACP Sanjeev Kumar said.”  Earlier today, Gurugram Police PRO Subhash Boken confirmed that the accused had been booked under sections 323 (causing hurt) and 506 (criminal intimidation) of the Indian Penal Code (IPC), in the case registered at Gurugram Sector 50 Police Station.  In the FIR referring to SHO Sector 46, Gurugram, Haryana, the victim, Ashok Kumar, said that his life was in danger and requested protection for his life.

“I came for my duty at The Close North Apartment on August 29, at 7:50 pm. At 7:20 in the morning, Lift No. 1 stopped at the ground floor for around 3–4 minutes due to some technical issues. As soon as Varun Nath, the resident of T-12 Flat No. 1402, came out, he started abusing me and threatened to kill me. I informed my seniors about this incident, and the whole incident was caught on CCTV.Article 2/9

© 2020 All Rights Reserved. Powered by Summit