Godman’s own country will now have a reserve bank, currency - The Daily Guardian 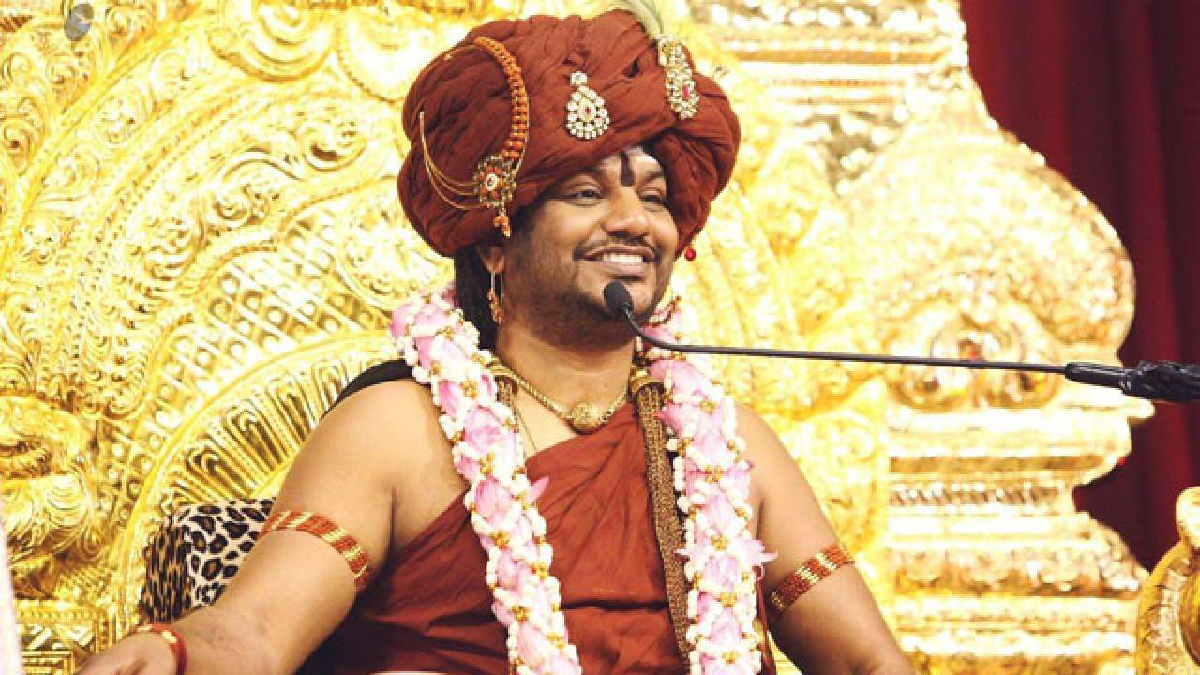 Controversial Godman Nithyananda, who has been on the run to escape rape trail, is laughing all the way to his own bank! Yes.

The self-styled godman, who made national headline some years ago after a leaked video with a south India actress went viral followed by over a dozen rape, kidnap and torture charges from victims in India, US and many other countries, is having everything his way, leaving Indian central agencies flabbergasted and red faced.

Nithyananda had remained underground for many months and had jumped bail and ducked court hearings before appearing on the Internet declaring that he had now built his own country Kailaasa in December 2019.

Sources say he has bought an island off Ecuador in South America and has entered into a pact with that country for providing visas for people arriving at the island, logistical support to run island. “Over 5,000 devotees along with Nithyananda’s close aides have settled on the island. It is not island nation, but Nithyanada is giving an impression that he has started his country,” sources said.

In a video released by the controversial godman, he has claimed that a central bank based on Vatican Bank philosophy is being launched on 22 August 2020 on the Ganesh Chathurthi day. He further said that an MoU has been signed with unnamed country which will host Kailsam Reserve Bank.

“With the grace of Ganpati, we are going to reveal the complete details of Reserve Bank of Kailaasa on Ganesh Chaturthi. The 300-page document on economic policies is ready along with the currency. The economic strategy on internal usage of the currency as well as how it will be used in global currency exchange will be written in the document and it as legal,” Nithayanada said.

Over 25 criminal cases of serious nature including rape, assault, kidnap, forgery among heinous crimes, two passports impounded and over a dozen NBWs have been served at his Bidadi ashram which is now abandoned by the swami and his followers. The Karnataka High Court in January had cancelled his bail granted in connection with a 2010 rape case. The judge had directed the trial court to order the arrest of the accused and initiate the process of forfeiting the surety and bonds.

There are several unanswered questions—how did he flee the country? Who helped him strike deal with the unnamed country to set his operations? How are his devotees being facilitated to reach the “Kailasaa”? Is the declaration of creating a Hindu Rashtra preempting central agencies to get him? So far there is nothing more than an Interpol issued Blue Corner Notice against Nithyananda.

When Prime Minister Narendra Modi had announced a nationwide lockdown earlier this year due to Covid-19, Nithyananda grabbed the attention of people isolated in their homes through video that went viral.

“Some Indian people had laughed and mocked me when I isolated myself by creating the new country as Kailasaa. Now, the whole world is talking about social distancing. Lord Paramasivam has saved us. Power of God.”

Now with his latest gimmickry of reserve bank and currency, Nithyananda has taken the Internet by storm! His make believe Island nation, a Hindu rashtra, several universities, hospitals, citizenship offers, a place on earth no less then heaven (Read Kailasaa), the rape accused fugitive has defied all rules and regulation of the country and thumbed his nose against Indian enforcement agencies.

CBI shouldn’t be a victim of politics in Sushant case: Singhvi