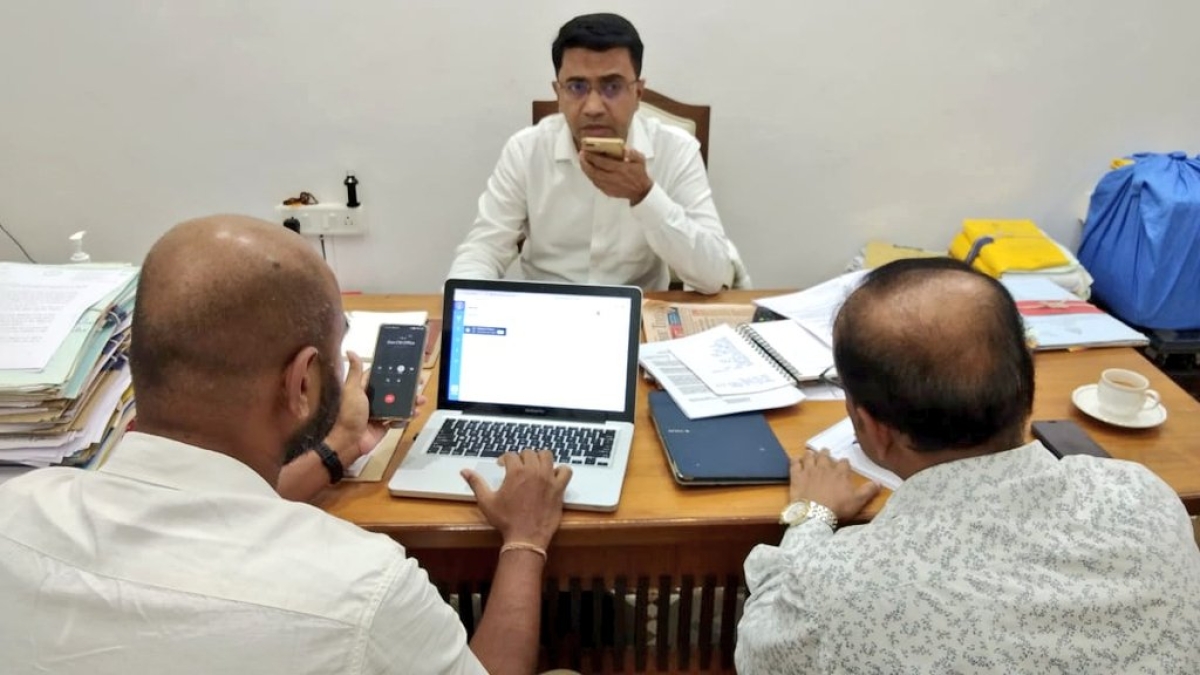 Goa Chief Minister Pramod Sawant on Monday directed police officials to soon file a charge sheet in Sonali Phogat’s murder case. According to well-placed sources in the Goa Police, investigators have collected incriminating evidence in the form of documents and other material, which is enough to hold murder accused Sudhir Sangwan guilty before the law.

Sources familiar with the investigation told The Daily Guardian that the conspiracy to kill Phogat was hatched a long time back. They further said that the police interrogate Sangwan and co-accused Sukhwinder Singh sometimes the whole night in the lock-up at the Anjuna Police Station.

The famous TikTok star and BJP leader from Sirsa in Haryana had gone to Goa for a three-day shooting. Phogat, 42, was brought dead to St Anthony Hospital at Anjuna in North Goa on 23 August morning from her hotel. The police had initially ruled out any foul play.

The police are investigating the case from the angle of poisoning. Sangwan has been asked if he had mixed poison in the alcoholic drink that he gave to Phogat that night and when she complained of uneasiness and even threw up why he did not take her to hospital? Why he was there in the washroom of the Curlies Bar for two hours with her? However, interrogators have found him evasive during his interrogation.

Investigators have so far established beyond doubt that it was a murder, said the sources. The police have caught hold of clinching evidence to establish that Sangwan murdered his employer Phogat.

Investigators are about to wrap up their investigation in Haryana and are set to return to Goa. They have got enough evidence both from Haryana and Goa to pin Sangwan as her killer, including three diaries.

Meanwhile in a related development, Goa state Congress president Amit Patkar on Monday alleged that the state police are working under pressure from certain quarters and demanded a CBI inquest in the case. Speaking to The Daily Guardian, Patkar alleged that the Goa Police are not working properly in the case as the government itself is putting undue pressure on them. Phogat’s family has been seeking a CBI probe but the state government is not relenting, he added. “The law and order situation is worsening in Goa. What is the Goa Police making out of Goa? If the situation does not improve tourists will not come to the state,” said Patkar. He said he will write a letter on Tuesday to the Goa DGP demanding a CBI probe in the case.