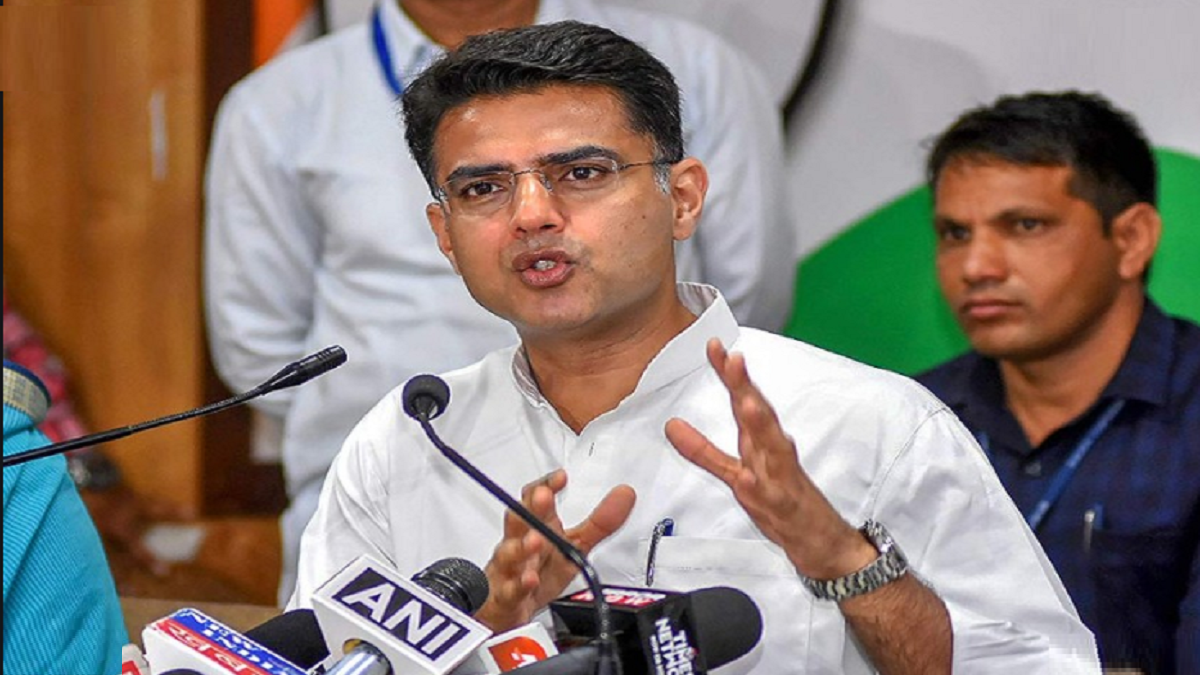 Amid the uncertainty surrounding the Rajasthan government led by Chief Minister Ashok Gehlot, the office of Sachin Pilot released a statement on Sunday, saying the Deputy CM and Congress leader Sachin Pilot would not be attending the Congress legislative party meeting scheduled to be held in Jaipur on Monday. The statement also emphasised that the Gehlot government was in minority.

Pilot himself confirmed the same during an interview with a TV channel on Sunday where he reiterated that he “will not go” for the legislative meeting in Jaipur, and that MLAs “are with me”.

The Congress high command has taken the matter seriously. So for the Jaipur meeting, Sonia Gandhi has asked organisation general secretary K.C. Venugopal to go directly from Kerala. In the meeting of the Rajasthan legislators, state in-charge Avinash Pandey, in-charge secretary Vivek Bansal, Ajay Maken and Randeep Surjewala will also be present as observers.

The high command is seen to be openly supporting CM Gehlot for this meeting, and has asked Pilot to join it. Sources say if Pilot fails to join the meeting, the high command may be forced to take a tough stand as it believes the Deputy CM has been in constant touch with the BJP for some time now.

If sources close to Pilot are to be believed, the Gehlot government is in minority as over 30 Congress and some independent MLAs have pledged support to the Deputy CM. The crisis in Rajasthan Congress intensified when Pilot reached Delhi to speak to the party leadership regarding the political turmoil in the state. Gehlot, on the other hand, blamed the BJP for trying to destabilise the state government by poaching MLAs.

Pilot has sought an appointment with Congress interim president Sonia Gandhi but time for the meeting has not yet been given by her. Pilot confirmed on a TV channel that he did not get a chance to meet Sonia Gandhi and Rahul Gandhi during his visit to New Delhi on Sunday.

The clash between Gehlot and Pilot is also over the post of PCC Chief as Gehlot camp wants that “One Leader One Post” formula to be implemented in Rajasthan. Currently, Pilot is heading the PCC be – sides holding the Deputy CM post. Many of Pilot’s supporters felt indignation and told Pilot that they could not work with Gehlot.

Interestingly, Pilot’s former colleague and BJP leader Jyotiraditya Scindia twitten on Sunday to say that the Rajasthan Deputy CM is being “sidelined” and “persecuted” by Gehlot. “Sad to see my erstwhile colleague, Sachin Pilot too, being sidelined and persecuted by Rajasthan CM, Ashok Gehlot. Shows that talent and capability find little credence in the Congress,” tweeted Scindia, who quit Congress to join BJP in March this year.