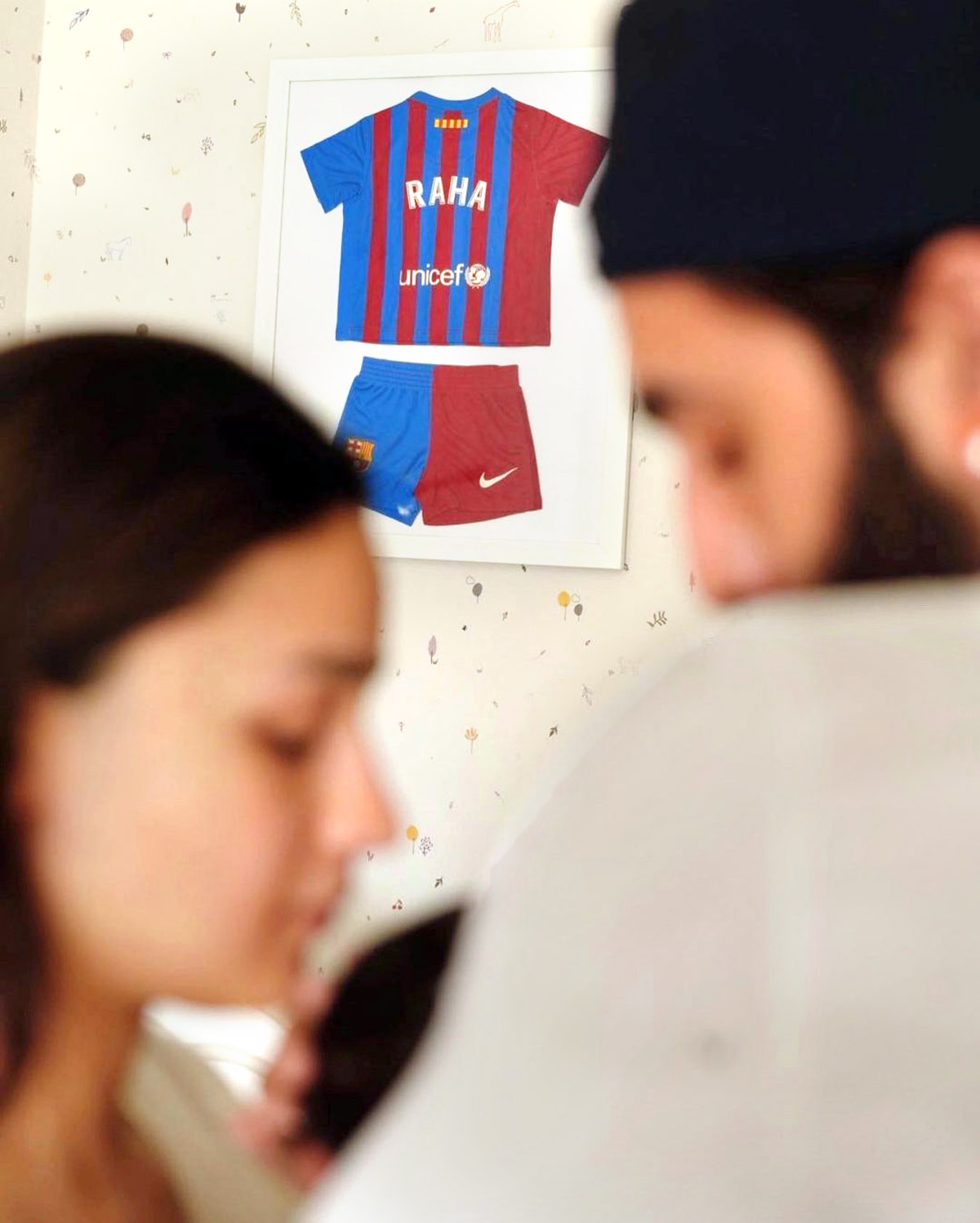 Indian celebrities stand out when it comes to naming their newborns. Trust them to come up with some really unique and meaningful names for their little ones.
So, let’s take a look at the names that celebrity couples have bestowed upon their recently-born offspring, along with their meanings.

Raha Kapoor
The baby girl of Bollywood actors Ranbir Kapoor and Alia Bhatt was named by her ‘Dadi’ (grandmother). Alia Bhatt shared the meaning of the name ‘Raha’ in various languages. ‘in Swahili she is Joy, In Sanskrit, Raha is a clan, In Bangla – rest, comfort, relief, in Arabic peace’ Alia wrote. ‘It also means happiness, freedom & bliss,’ she added.

Aadiya Piramal
The baby daughter of billionaire couple Anand Piramal and Isha Ambani, little Aadiya was born with her twin brother ‘Krishna’ on 19 November. Her name means ‘Beginning’ or ‘First Power’. It is also one of the names of Lord Shiva.

Vayu Kapoor Ahuja
Bollywood actor Sonam Kapoor and businessman Anand Ahuja were blessed with a baby boy this year in August, and announced his name, ‘Vayu’, in September. ‘Vayu’ means ‘Air’ in Sanskrit. The name also belongs to the ‘Lord of Winds’ and the ‘Deity of Breaths’ in Hindu mythology.

Devi Basu Singh Grover
Television actor Karan Singh Grover and Bollywood icon Bipasha Basu took to Instagram to share the happy news of their baby girl’s birth. “The physical manifestation of our love and blessings of Ma is here now and she is divine,” the post read. It is no surprise, then, that they named their little one ‘Devi’. The word means ‘divine woman’ or ‘goddess’ in Sanskrit.

Lianna
Television’s ‘Ram and Sita’ Gurmeet Choudhary and Debina Bonnerjee welcomed their second child on 11 November. They’re yet to name their newly-born angel. However, they had their first daughter, who was named ‘Lianna’. It is a common name in Western countries. In French, it means “to wrap” or “to bind.”