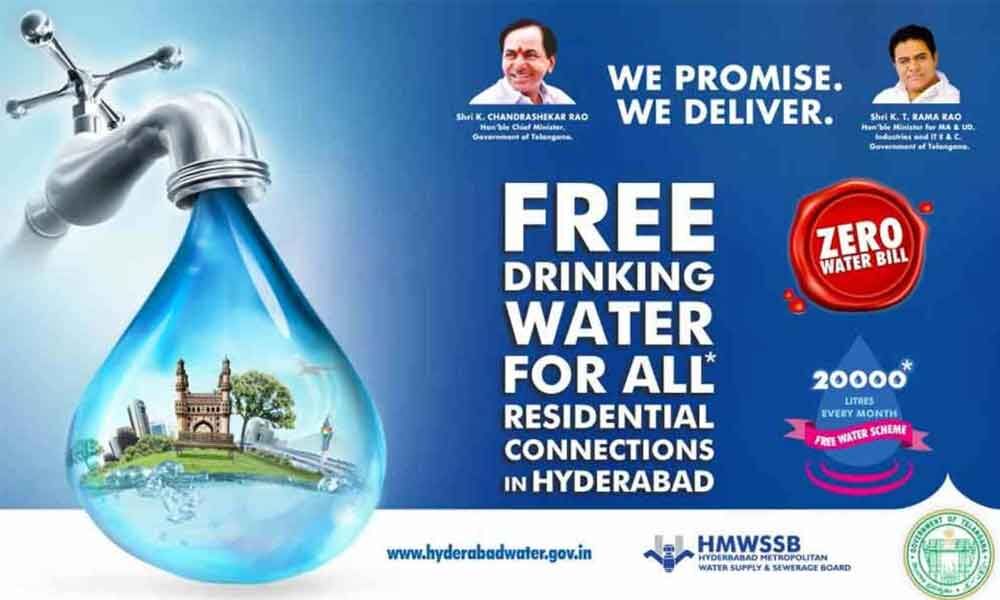 The Free Drinking Water Scheme brought by the K. Chandrashekhar Rao-led Telangana government seems to be getting a good response from the general public in Hyderabad.
The Free Drinking Water Scheme was introduced by the Greater Hyderabad Municipal Corporation in January 2021. Under the scheme, 2.5 lakh households with water metres and two lakh slum households are receiving free 20,000 kiloliters of drinking water per month. The scheme was a part of KCR’s poll promises. One of the recipients, Mohammad Aleem Khan, told the press that it is KCR’s “best scheme.”
“This is the best scheme of CM KCR. We get 20,000 KL of water free every month and we don’t get any bill for that. We thank CM KCR for this,” the beneficiary said.
Another beneficiary, Akbar Azharuddin, also praised the scheme and demanded more such initiatives.
“This is a very good scheme and it’s very useful for us. Now we don’t get any bills. We request CM KCR to bring more such schemes, especially in the electricity department, which will be beneficial for the middle-class family. We would like to thank CM KCR for providing this scheme,” another beneficiary said.
Earlier, as a part of its welfare measures and social safety net strategy, the Telangana government introduced the “Aasara” pensions with a view to ensuring a secure life for all the poor.
It is a welfare scheme that offers pensions to old people, widows, physically disabled people, and beedi workers.
Tahsildar of Asif Nagar, D. Sunil Kumar, said that 10,000 new Aasara pensions have been sanctioned under Asif Nagar Mandal’s jurisdiction.
Earlier on Wednesday, Telangana Chief Minister K Chandrasekhar Rao decided to give a 30% share of the profits of state-run Singareni Collieries Company Limited (SCCL) for the year 2021–22 to the company’s employees as a Dussehra gift.
As part of this step, the company will pay Rs. 368 crore to the eligible workers.