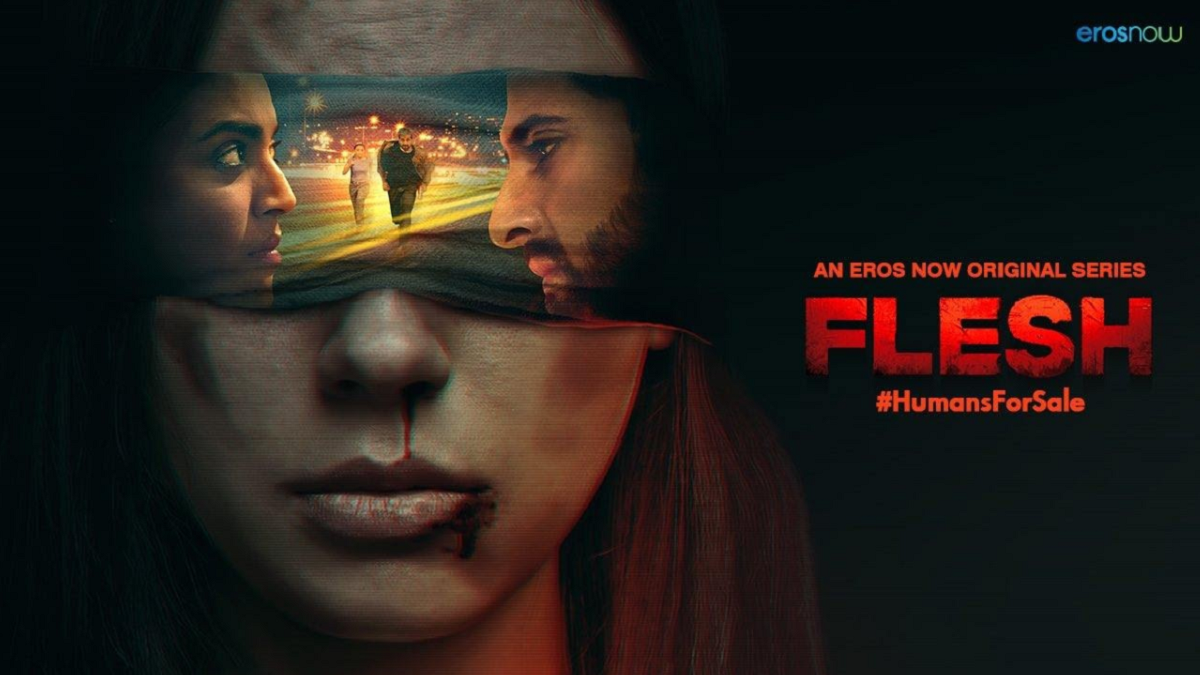 After the controversial Amazon Prime series Rasbhari, Swara Bhaskar is back in the news with her new series Flesh which deals with the diabolical world of flesh trade. She essays the pivotal character of ACP Radha Nautiyal, an insomniac and a hard-drinking police officer with a troubled past, who is pitted against the basest criminals as she tries to unravel a web of immorality, cruelty and corruption. A lone woman fighting shifty pimps, malevolent criminals, and corrupt bureaucracy, Nautiyal is always unfazed. She is not averse to killing and torturing men or putting herself at risk. She is always willing to go the extra mile in order to get to the truth. Bhaskar is well supported by an ensemble cast that includes the likes of Akshay Oberoi, Vidya Malvade, Mahima Makwana, Yudhisthir Urs, and Natasa Stankovic.

Interestingly, the Siddharth Anand-created series, which recently premiered on Eros Now, has opened to some very strong reactions. A critic has accused it of “lacking nuance or sensitivity”. Another critic has described the series as a “flinch-fest”. Yet another critic has accused it of “sensationalism”. These extreme reactions to a series that explores the dark world of human trafficking immediately brought to my mind Brian De Palma’s 1983 crime drama Scarface, starring Al Pacino in the role of a Cuban refugee Tony Montana who arrives in 1980s Miami with nothing and rises to become a powerful drug lord. De Palma’s classic, based on a hard-hitting screenplay by Oliver Stone, unflinchingly depicts the naked reality of the drug mafia. But, De Palma’s dogged determination to portray the reality didn’t go too well with the Motion Picture Association of America (MPAA), which rated even a highly censored third cut of the film as ‘X’.

De Palma and the producer Martin Bergman were hell-bent on proving that the film was merely depicting the reality. So, they arranged a hearing with the MPAA and roped in a panel of experts including some narcotics officers who testified that Scarface accurately portrays the actual conditions prevalent in the drug underworld. Their testimonies greatly convinced the members of the rating board and decided to give an “R” rating to the aforementioned third cut of Scarface which ensured that the film could be released without any reduction in ticket prices. Also, it allowed them to run the ads as most newspapers, TV, and radio stations didn’t run ads for an X-rated film.

Flesh, written by the veteran writer Pooja Ladha Surti, too seems to suffer from a misperception that what it portrays is an exaggerated account of what actually goes on in the world of human trafficking. But, if we read the actual reports capturing the ground reality, then the depiction of sex and violence in Flesh wouldn’t really come across as over the top.

Now, in order to understand this better, it is important to understand the lack of livelihood opportunities outside of major Indian towns and cities. This often drives children and families out in search of work which makes them vulnerable to agents and traffickers waiting to exploit their situation. Also, ease of transportation and urbanisation has made it easier to traffic victims across India. According to a report by the National Crime Bureau, Murshidabad in West Bengal has the highest number of cases of human trafficking and illegal migration. Children are regularly trafficked from Murshidabad to Mumbai, Pune and other large cities of India. Murshidabad (like many other places in the country) is extremely vulnerable owing to poverty, lack of education and work opportunities in the region. The border areas are particularly prone to cross-border trafficking. Most victims of sex trafficking are young girls who are lured under false pretenses of marriage or employment. Girls of age 13-16 think that marriage is the only way to get away from poverty and so they often get caught up in the sex trafficking rackets. Those coming from backward castes and communities are most susceptible.

While it is certainly not easy to watch for the faint-hearted, there is no denying that Flesh is an earnest attempt to portray the stark reality of human trafficking. Living in big cities with all the facilities at our disposal, we often tend to overlook the harsh realities associated with a poverty-stricken life. Flesh dares to jab us in the small of our backs, reminding us of the dichotomy that exists between the civilised world, which we think we have built for ourselves and real world, hiding behind the veneer of civilisation, where anarchy and barbarism still reign supreme.

Kangana-starrer Tejas to take off this December

Tale of 2 Insta wizards and their experiments with luxe brands