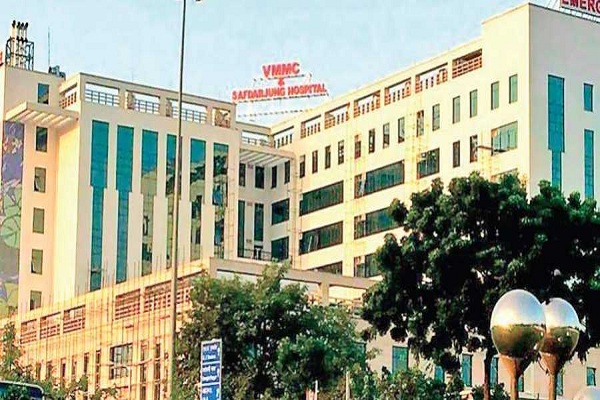 The doctors of the centre-run Safdarjung hospital in the capital have successfully performed a robotic renal transplant on a patient who had been on dialysis and awaiting the transplant for years.
The 39-year-old recipient was from Uttar Pradesh’s Farrukabad. His wife is the donor. The transplant was done at Safdarjung hospital and VMMC by a team of doctors headed by Prof (Dr) Anup Kumar, Head of Department, Department of Urology, Robotics and Renal Transplant. The doctors claimed it was the first such surgery to have been performed at a central government facility in the country.
“The nephrology team was led by Dr Himanshu Verma, HOD Nephrology. The anaesthesia team was led by Dr Madhu Dayal. This was made possible by all the administrative support of Medical Superintendent SJH and VMMC Prof (Dr) BL Sherwal,” Dr Anup Kumar said.
“The recipient is a young male from Farrukabad who had been waiting for a renal transplant for many years while on dialysis. He did not have financial support to get the transplant done at a private centre. The donor is his wife, and both the recipient and donor are doing excellent post-surgery. This has been a landmark milestone in the history of SJH,” he further said.
Dr Anup Kumar also said that a robotic renal transplant is the most technically challenging surgery in urology as it requires excellent expertise in robotics as well as renal transplant surgery.
Talking about the procedure and complications, Dr. Anup said, “It was a robotic kidney transplant. The surgeon sits on a console and his hand movements are transmitted to robotic arms docked over the patient through a fibre optic cable. The renal artery, renal vein, and ureter anastomoses were performed by a robotic system.”
According to Dr. Kumar, the surgery costs between Rs. 6 and Rs. 7 lakhs in private hospitals.

Paragliding in Poonch, symbol of peace in border areas