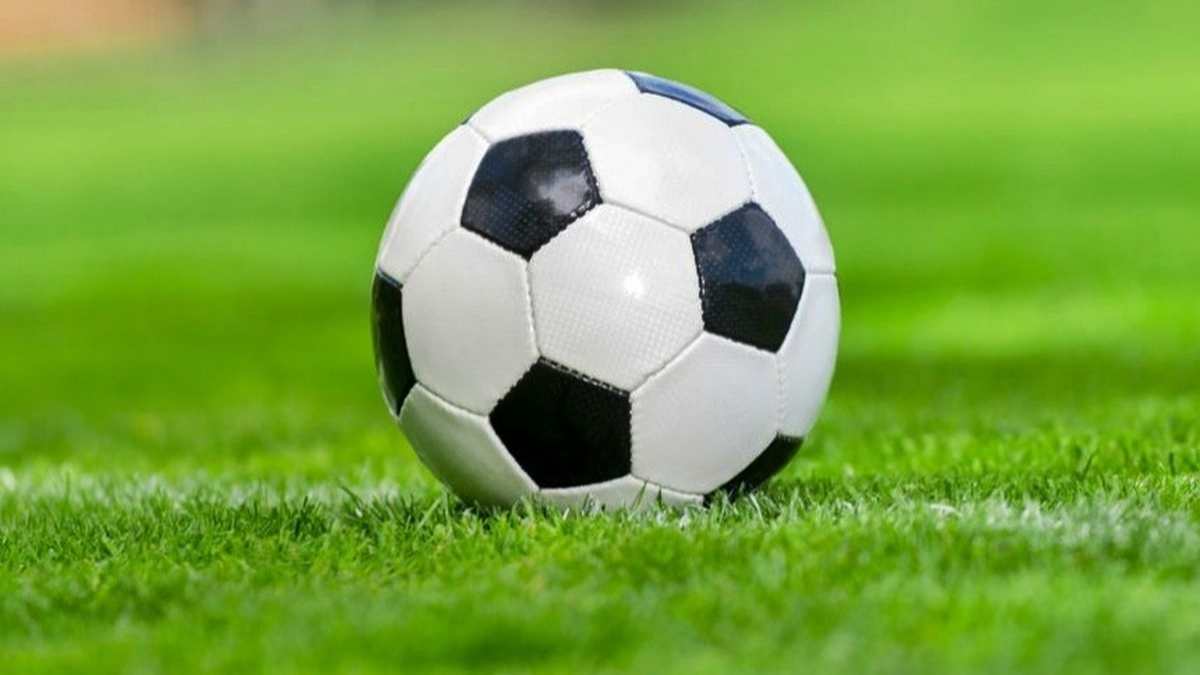 Half of clubs across England’s top four football leagues are worried about their financial condition and 43 per cent say they have been approached by outside investors in the last 12 months, as per a report from accountancy and business advisory firm BDO.

“Many clubs were already struggling to balance the books, but Covid-19 has accelerated and exacerbated the problem,” said Ian Clayden, BDO’s national head of professional sports.

“At club level, as well as working hard to activate new revenue streams. Care needs to be taken of course to secure the future rather than mortgage it and kick the problem into the long grass. Supplementing incomes now will only help in the medium term if action is being taken to dial back player costs — which inevitably take time.

“If matches continue to be played behind closed doors for an extended period, we may see a number of clubs, , at risk of insolvency or take-over in the coming year,” he added.

Clubs in England’s top four divisions stood to collectively generate record revenues of more than 6 billion pounds ($7.6 billion) before the 2019/20 season but due to the Covid-19 pandemic, the financial struggles have intensified and left some in dire straits, the BDO report further said. 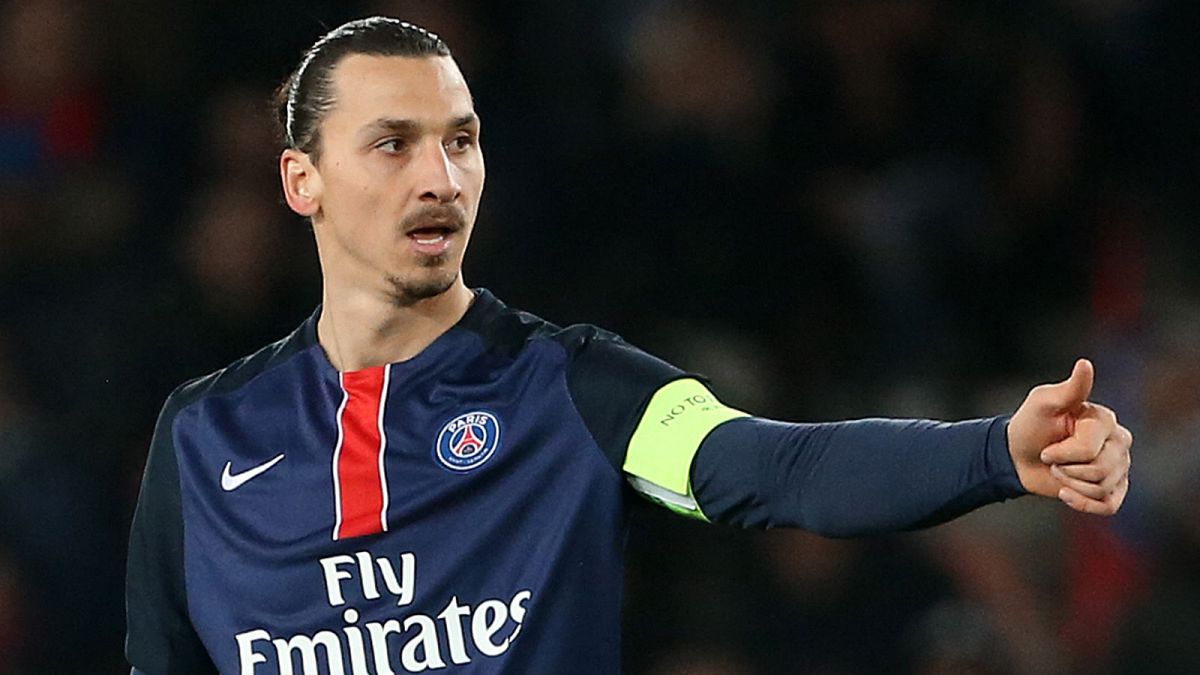 Veteran AC Milan striker Zlatan Ibrahimovic has tested positive for Covid-19, the club confirmed in a statement on Thursday. The 38-year-old will hence not be available for Milan’s Europa League match against Norwegian side Bodo/Glimt. “Zlatan Ibrahimovic has tested positive for Covid-19 following a second round of swab tests ahead of tonight’s game against Bodo/Glimt,” Milan said. “The Club has informed the relevant authorities and the player has been promptly placed in quarantine at home. All other team members and staff have tested negative.”

Ibrahimovic had before the start of the season extended his contract with the 18-time Serie A champions by a year. 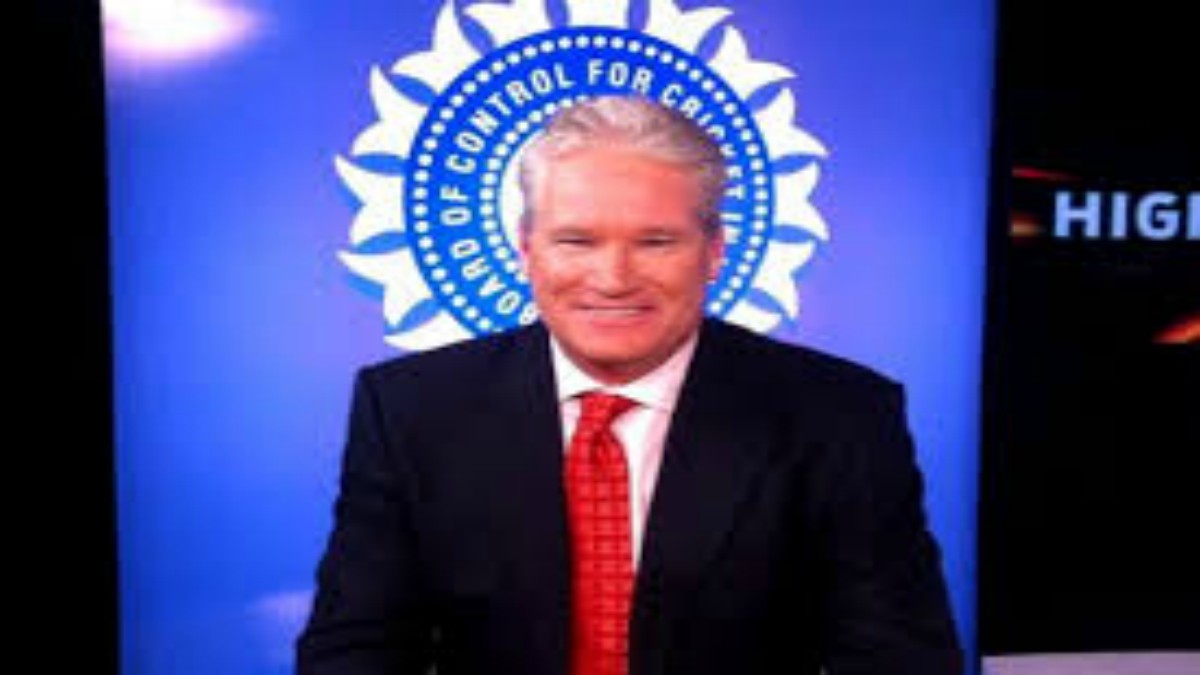 Former Australian cricketer Dean Jones passed away in Mumbai on Thursday after suffering a cardiac arrest. The 59-year-old was part of the Star Sports commentary panel for the ongoing Indian Premier League (IPL) being held in the United Arab Emirates (UAE).

Tributes flowed on Twitter for the former batsman soon after news of his death broke. “Absolutely heartbreaking news about Dean Jones passing away,” said Indian batting great Sachin Tendulkar. “A wonderful soul taken away too soon. Had the opportunity to play against him during my first tour of Australia. May his soul rest in peace and my condolences to his loved ones.”

“Awful to hear the news of Dean Jones passing away in Mumbai. He was a wonderful player for Australia and he will be missed. My thoughts are with his family. RIP Deano,” said talismanic Australian batsman Steve Smith.

Former Australia captain Allan Border said that his former teammate Dean Jones “revolutionised the game”. Border said that Jones was “one of the greatest natural cricketers I’ve ever seen,” according to Foxsports.com.au.

“He revolutionised the game and I loved him,” he said “Shocked to hear about the tragic loss of Dean Jones. Praying for strength and courage to his family and friends,” said India captain Virat Kohli. 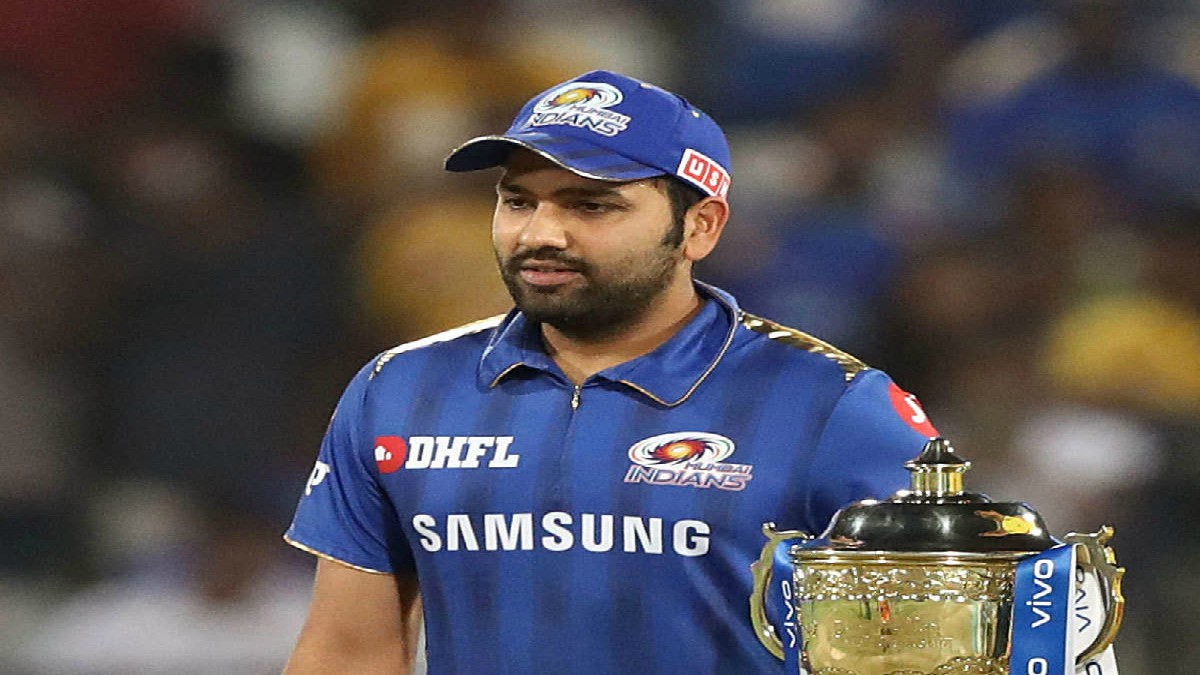 Mumbai Indians’ skipper Rohit Sharma actually cut the KKR’s bowlers down to size. As an opener, Rohit Sharma not only smashed the highest personal score in this IPL but also contributed immensely to help his team score the highest total in power play.

Rohit is the skipper of the team which has won a record four IPL titles. His performance has been result-oriented in the last three years. The average of his batting in the last three years was not what it used to be in the eight years initially before that. His performance has dipped in terms of average and strike rate but this has not adversely affected the team. He has proved to be a big asset for the team.

Particularly, certain decisions taken under his captaincy proved to be useful for the team. The latest of his decisions is to employ James Pattinson and Trent Boult in the bowling attack in the initial overs. Despite the presence of Jasprit Bumrah, putting these two bowlers into attack in the initial overs turned out to be a masterstroke. Both the openers were sent back to pavilion in the powerplay itself — first against Chennai Super Kings.

Favourites RCB to take on ‘upset’ KXIP in a cliffhanger 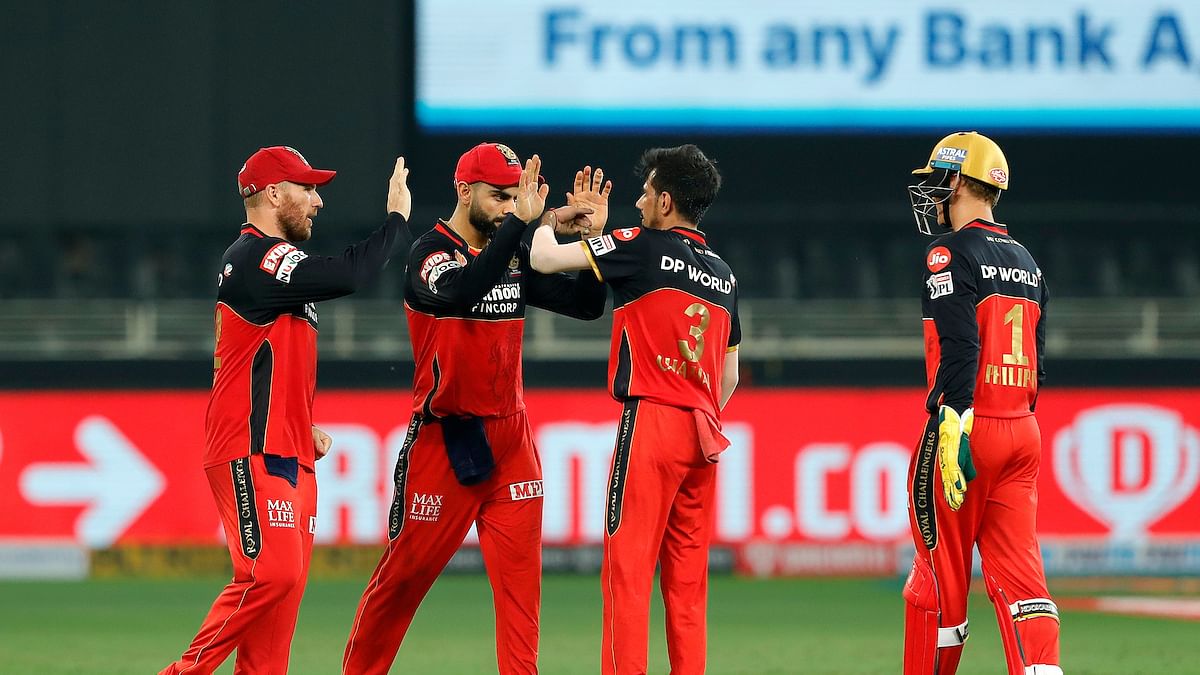 Kings XI Punjab will hope to put behind the infamous “short-run” decision in their IPL opener and start afresh against Virat Kohli’s Royal Challengers Bangalore in Dubai on Thursday. During the 19th over of KXIP’s innings when Mayank Agarwal and Chris Jordan were batting, in a match against Delhi Capitals, the square leg umpire adjudged that a second run taken by England’s Jordan was not complete. Replays showed Jordan’s bat had crossed the line, however the erroneous decision cost KXIP the closely fought game.

On the contrary, RCB opened their campaign with confidence defeating Sunrisers Hyderabad and raising hopes that things might finally fall into place for Kohli’s 11 this season. Debutant Devdutt Padikkal also embarked upon his IPL career on a flamboyant note hitting a much needed half-century.

Speaking about IPL’s Mr. 360, AB de Villiers, all the eyes, with furtive acuity, are focused on
him, as the veteran South African hard-hitter is in a classy touch.

Besides, Aaron Finch, the Aussie-in-form would be eyeing score some quick runs for his team, leaving the space for the robust middle order to ferry the ship forward. Although RCB’s bowling department— which includes ace bowlers Dale Steyn and the talismanic leggie Yuzavendra Chahal— looks in a decent rhythm, the hole-in-the-boat is the striker Umesh Yadav, who continues to leak runs in the IPL and
might probably be replaced by Mohammad Siraj.

Mayank Agarwal, who looked in imperious touch but was gutted to not be able to get his team over the
line with just one run required to win, would be under the broad spotlight. Rahul, Glenn Maxwell and Nicholas Pooran will be expected to do a fine hitting, and Mohammed Shami, who proved his high worth in the team’s opener, would step forward and defend the score. Young leg-spinner Ravi Bishnoi, having impressed against Delhi Capitals, would likely dart on the pitch with uncanny confidence.

In bowling department, in-form pacer Mohammed Shami will once again try to replicate his previous performances where he had returned with impressive figures of 3/15. 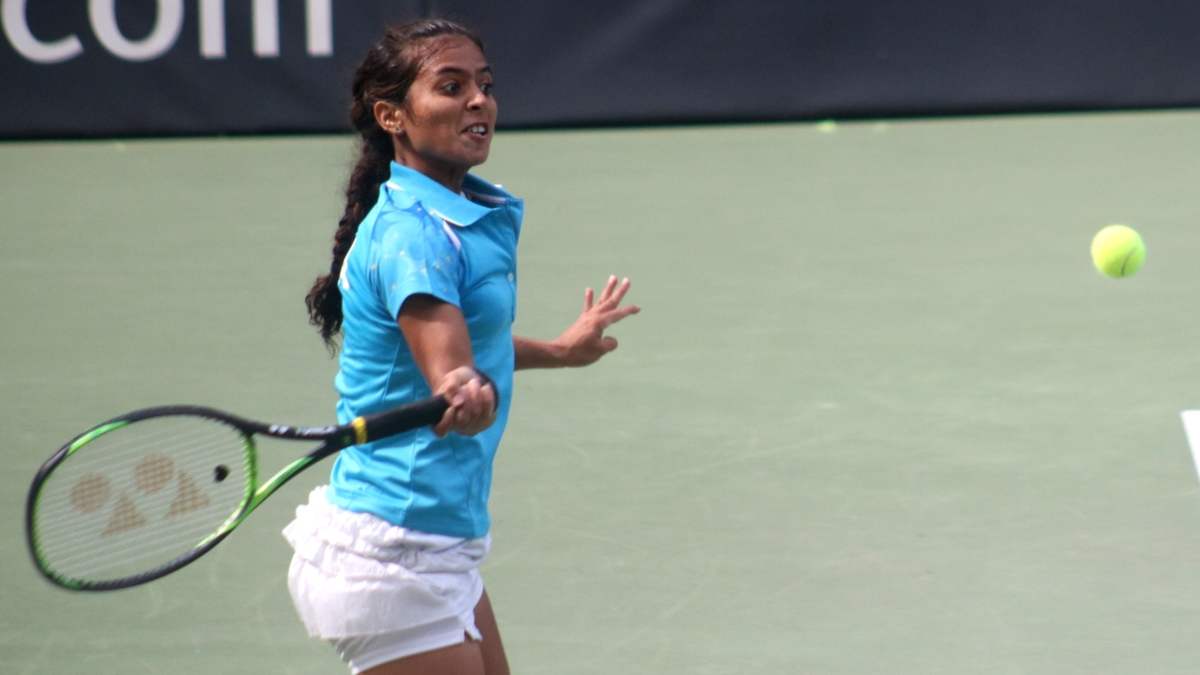 World number seven Bianca Andreescu has pulled out of the upcoming French Open Grand Slam and will take the rest of the season off to focus on her health and training.

“I have come to the difficult decision to skip the clay court swing this year and will be taking the remainder of the season off to focus on my health and training,” the Canadian said in a statement on Tuesday.

India’s Ankita Raina earned a hard-fought win against Jovana Jovic of Serbia to progress to the second round of the French Open qualifiers.

Ankita, who is India’s top- ranked woman tennis player, has not gone beyond the second round at the Grand Slam qualifiers and she would need to win two more matches to make it to the main draw of the clay court grand slam.

Earlier on Monday, Prajnesh Gunneswaran had gone past Turkey’s Cem Ilkel to advance to the second round of the men’s singles qualifying event. Prajnesh had defeated Ilkel 6-3, 6-1 after losing his service early in his opening round of the qualifier. 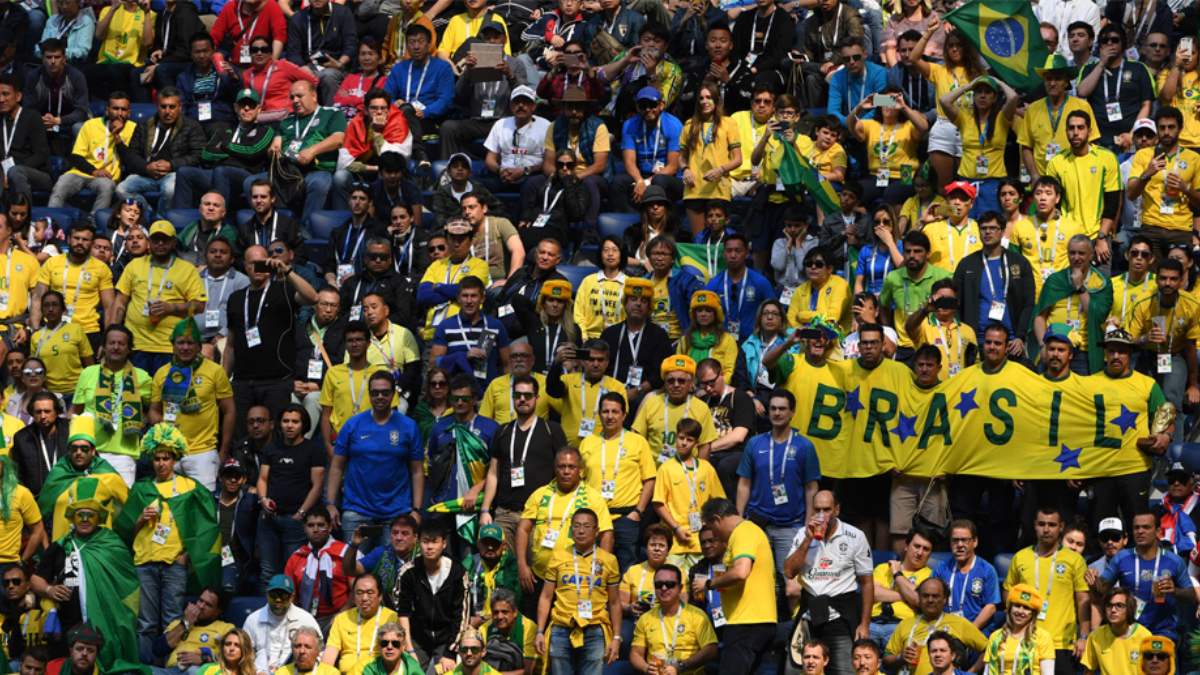 Amid the pandemic, the entire sporting world came to an unprecedented halt. However, sporting activities were resumed behind the closed doors, without audiences, Football fans in Brazil could soon return to stadiums on a limited basis, the South American country’s health ministry has said.

In a statement, the ministry on Tuesday said it approved a proposal allowing stadiums to operate at up to 30 per cent of their capacity, reports Xinhua news agency.

“The opening must occur through protocols to be established with the main objective of ensuring the health and well-being of all,” it said.

Stadium operators and local authorities would decide which protocols to adopt for their respective venues, the statement added.

No time frame was given for stadiums to reopen their doors but media reports said the Brazilian Football Confederation (CBF) would discuss the decision with clubs before going ahead with the plan.

The move also requires the approval of respective state and municipal authorities. Some clubs and local governments have already expressed their opposition to the proposal, citing the continued high coronavirus infection rate.

Brazil has the world’s second-highest Covid-19 death toll behind US. Fans have been barred from entering stadiums in Brazil since mid-March, when all football competitions in the country were suspended amid the escalating health crisis.