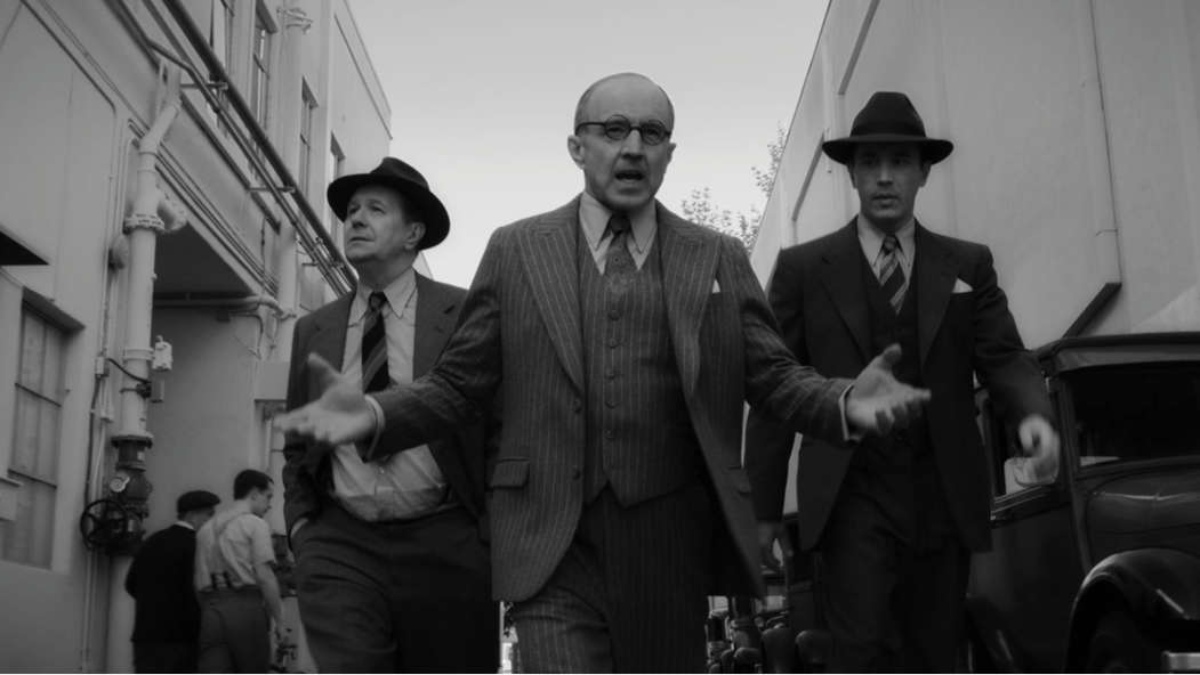 The 1941 American film Citizen Kane is widely regarded as the greatest film ever made. The film is co-written and directed by Orson Welles, who also plays the lead character of Charles Foster Kane—a character that is said to be based on American media mogul William Randolph Hearst. In other words, Citizen Kane is a film à clef i.e. a film describing real life, behind a façade of fiction. It was nominated for Academy Awards in nine categories, but it only won one—Academy Award for Best Writing (Original Screenplay). As co-writers, Herman J. Mankiewicz and Welles shared the award. Now, David Fincher’s 2020 film Mank, based on a screenplay by his late father Jack Fincher, is a biographical film about Mankiewicz (AKA Mank) and his development of the screenplay for Citizen Kane. Essentially a film about the birth of another film, Mank re-evaluates the 1930s Hollywood through an alcoholic Mank (superbly played by Gary Oldman) as he races to finish Citizen Kane. Following a limited theatrical release, Mank is now streaming on Netflix.

Now, other than its sprawling narrative structure and singularly brilliant performances, Citizen Kane is particularly praised for Gregg Toland›s chiaroscuro black-and-white imagery coupled with his bravura use of deep focus and low angles. Almost eight decades have passed since its release, but the film’s spiralling narrative and technical brilliance continues to inspire films and filmmakers from all across the globe. While Mank is a film about the origins of Citizen Kane, it is also a film that’s inspired by it. Director of Photography, Erik Messerschmidt, who was a gaffer on Gone Girl has quickly emerged as Fincher’s go-to cinematographer. After working his magic on both the seasons of Mindhunter, Messerschmidt has produced the definitive work of his career on Mank. And it’s not just a homage to Gregg Toland’s seminal work on Citizen Kane but it’s worthy of an independent assessment.

Messerschmidt’s breathtaking black-and-white cinematography in Mank has made him strongest contender for the Academy Award for Best Cinematography at the 93rd Academy Awards, scheduled for April next year. I wouldn’t be surprised if Mank goes on to win in a bunch of other categories including Best Picture. For, films about films are rarely this good. Some of the best ones that come to mind are Les Blank’s Burden of Dreams (a 1982 documentary film about the chaotic production of Werner Herzog’s 1982 epic Fitzcarraldo in the jungles of Peru), Chris Marker’s A.K. (Chris Marker’s 1985 documentary film following the making of Akira Kurosawa’s 1985 period epic Ran in Japan), Hearts of Darkness: A Filmmaker’s Apocalypse (a 1991 documentary film chronicling the endless problems that Francis Ford Coppola faced while making his 1979 anti-war epic Apocalypse Now in the Philippines), and E. Elias Merhige’s Shadow of the Vampire (a 2000 metafiction film about the making of F.W. Murnau’s classic vampire film Nosferatu). I strongly believe that Mank too belongs here.

Mank is as meta as meta can be. Even the flashbacks take place with screenplay-styled markings flashing on the screen, characteristically denoting place and time (like «EXT. MGM STUDIOS – ELECTION EVE – NIGHT – 1934”), with the sound of a typewriter clacking over the markings. There is a scene in Mank wherein a studio boss tells one of his young executives, “This is a business where the buyer gets nothing for his money but a memory. What he bought stills belongs to the man who sold it. That’s the real magic of the movies and don’t let anybody tell you different.” Can there be a better way of explaining the movie business to a new entrant? The dialogue in Mank is so good that you won’t see a movie with better cinematic dialogue this year.

Now, the issue of authorship of Citizen Kane’s screenplay has been one of the long-standing controversies. Renowned American film critic Pauline Kael infamously revived the controversy over its authorship with her 1971 book-length essay titled ‘Raising Kane’. While celebrating Mankiewicz, who is officially the first-credited co-author of the Oscar-winning screenplay, she denigrated the contributions of Orson Welles. Fincher’s Mank too takes the same route and significantly downplays Welles’ contribution to the screenplay. Perhaps, the screenplay of Citizen Kane wouldn’t have been possible without the intricate details that Mank knew about Hearst Castle (the inspiration for Kane’s estate ‘Xanadu’), Hearst and his mistress Marion Davies (brilliantly essayed by Amanda Seyfried), who is said to be the true inspiration behind Citizen Kane’s famously mysterious ‘Rosebud’. Or maybe Mank didn’t share a close friendship with Davies in realty. However, what cannot be denied is that the screenplay was just one cog in the machine that helped immortalize Citizen Kane. As for Fincher’s Mank, as perhaps Herman Mankiewicz would have said, there are films about the origins of films and films that are inspired by films, but the best amongst them are those which despite being both are equally capable of standing on their own. As cinematically rich and layered Mank is, it is certainly not meant for casual viewing.

WHAT MADE DAVID DHAWAN REMAKE ‘COOLIE NO. 1’?

PRITHVI CHANGES HIS NAME TO HONOUR HIS LATE TAUJI 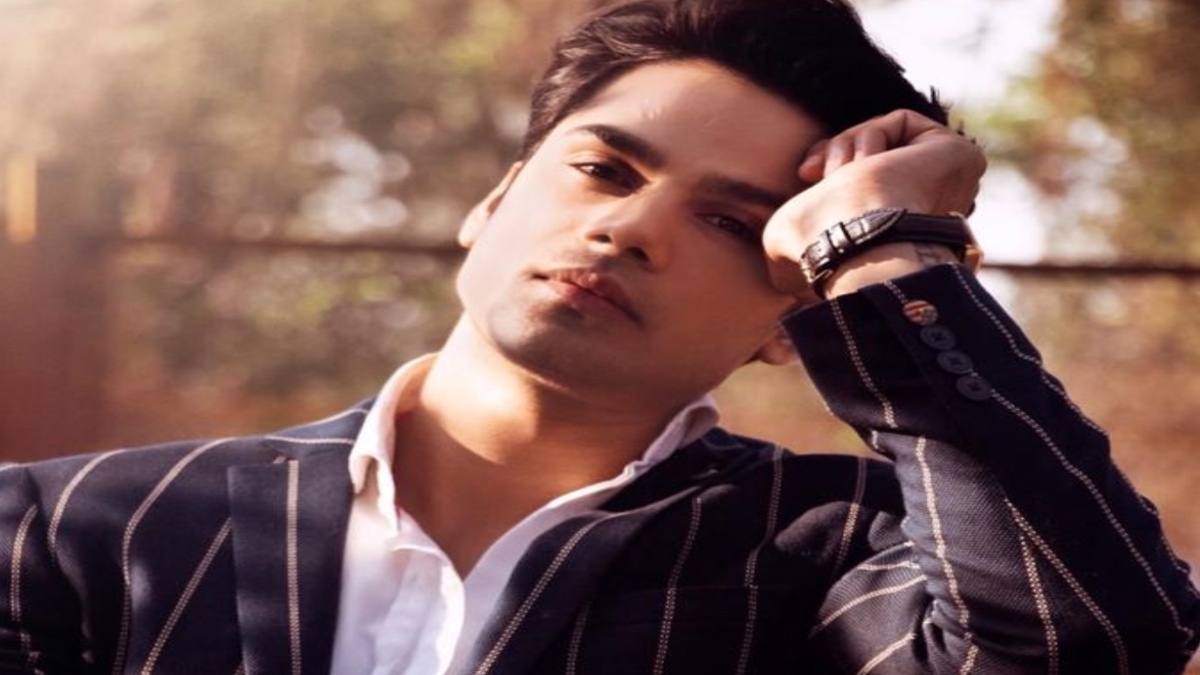 Actor Prithvi Tanwar, has changed his name to honour his late uncle. Prithvi’s first name was Mahesh. Prithvi says, “I changed my name from Mahesh to Prithvi in 2019. The reason is, I was close to my paternal uncle who carried this name. After his death, I wanted to keep his name alive. This is my small effort towards that.” He added, “Modeling brought me down to Mumbai. I joined an acting school and started appearing for auditions. The negativity of failure hit me. I decided to go back home. But after I reached home, I started getting calls for shoots. When I discussed with my father, he said if I would have stayed in Mumbai a little longer, I would have got work. He asked me to go back to Mumbai and give another try. My family has been supportive.” 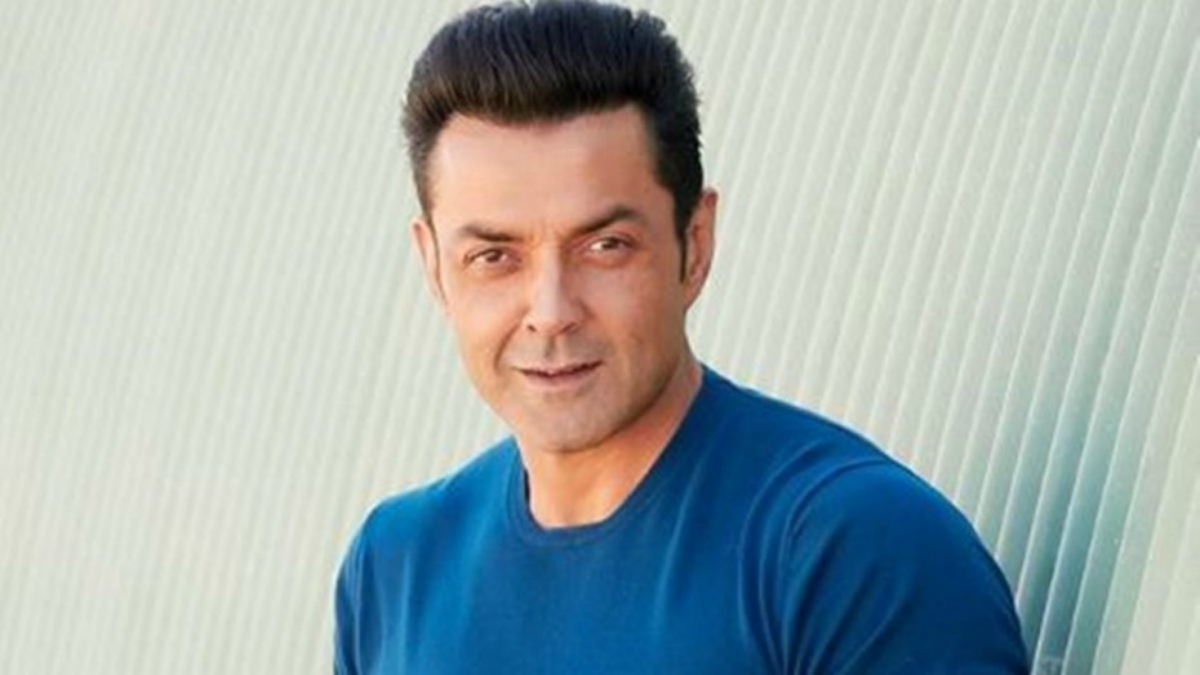 NEW DELHI: Bollywood actor Bobby Deol on Wednesday wished his son Aryaman Deol on his twentieth birthday by sharing adorable pictures with him on social media. The ‘Race 3’ actor took to his Instagram handle and shared rare pictures with his son. In the pictures, Aryaman can be seen hugging his father, as the two pose for the camera. In the caption, Bobby wrote, “Happy birthday my angel,” followed by a heart emoji.

In the comments section of the post, Chunky Panday wrote, “Happy Happy birthday dear Aryaman.” Darshan Kumar wrote, “Happy Birthday Aryaman Wish you the World.” Deol’s Race 3 co-star Saqib Saleem also commented with kissing face emojis. On Tuesday, Bobby had celebrated three years of his film ‘Race 3’. Sharing an old video from the sets just before his shot, he wrote, “This is where it all began again! The journey has been incredible, especially 2020! Cannot wait to show you all everything coming up next.” 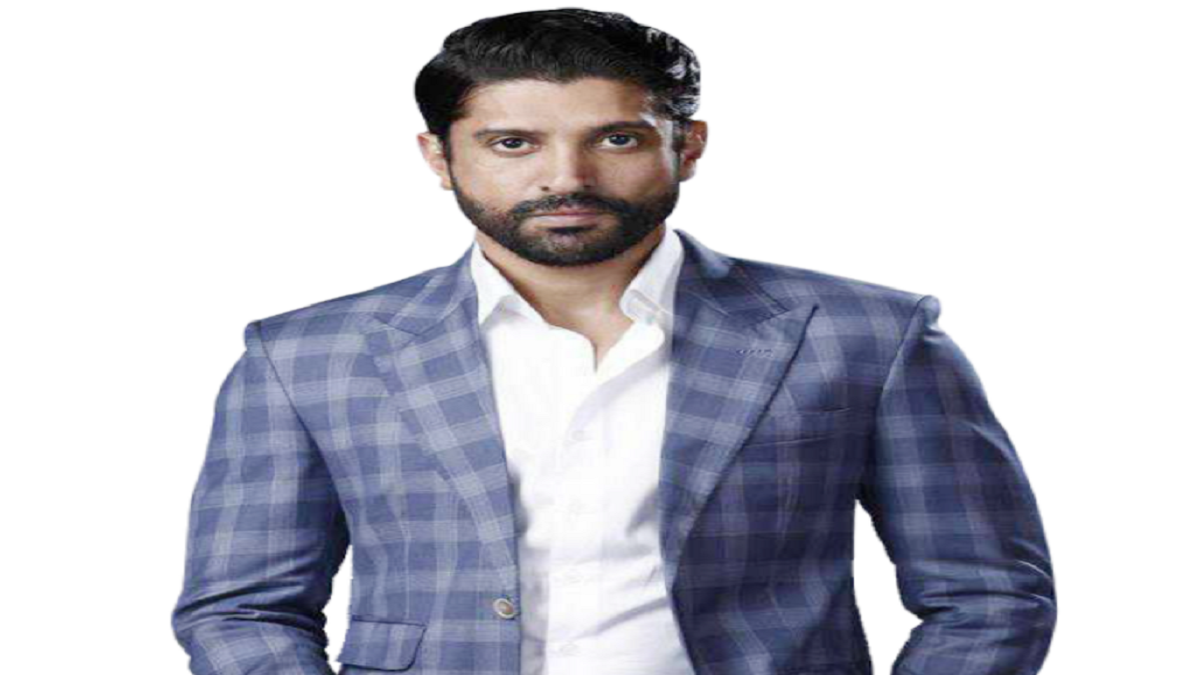 Mumbai: Actor Farhan Akhtar’s most anticipated film, ‘Toofaan’, is scheduled to release on July 16. The upcoming sports drama is getting a digital release on Amazon Prime Video. Announcing the same, Farhan on Wednesday took to his official Instagram account and wrote: “With humility, love and in dedication to the fighting spirit of the beautiful people of our nation, our film ‘Toofaan’ will be releasing on July 16th. #ToofaanOnPrime.”

Filmmaker Rakeysh Omprakash Mehra has helmed ‘Toofaan’, which is set against the backdrop of boxing and revolves around the character of Farhan who plays the role of a boxer in the film. Actors Paresh Rawal and Mrunal Thakur are also a part of the movie.

While announcing the release date of ‘Toofaan’, Farhan has also unveiled a new poster of his look from the movie. In the poster, Farhan can be seen standing in a boxing ring flaunting his chiseled body. ‘Toofan’ is backed by Ritesh Sidhwani, Rakeysh Omprakash Mehra and Farhan.

Kiara Advani recently completed seven years in Bollywood. The star celebrated the special day with her fans. She engaged in a virtual interaction with her fans across the nation to celebrate the glorious seven years. Her fans asked their favourite actress various questions related to films, her journey and much more. The star even took to social media platforms to talk about her acting journey so far. A fan quizzed the actress about the role that she would love to play in future. To which she replied, “I would love to do a biopic on Madhubala. That is a dream for sure.”

Speaking about the celebration, Around 40 fan pages across India came together to celebrate Kiara’s 7 glorious years in Bollywood. Her admirers from Delhi, Lucknow, Banglore, amongst other cities ranging from different age groups united to shower their love on Kiara.

The actress has carved her niche in the industry with her amazing performances in ‘Fugly’, ‘MS Dhoni’, ‘Bharat Ane Nenu’, ‘Lust Stories’, ‘Kabir Singh’, ‘Good Newwz’, ‘Guilty’ and ‘Indoo Ki Jawani ‘amongst others.

She has some stellar performances in her kitty. From ‘Shershaah’, ‘Bhool Bhulaiyaa 2’, ‘Jug Jugg Jeeyo’ and Shashank Khaitan’s next amongst Kiara is one of the busiest stars in the industry today. The biographical action drama ‘Shershaah’ revolves around the life of the Kargil hero Vikram Batra. The film is slated to release on July 2, 2021.

The star was last seen in the comedy film ‘Indoo Ki Jawaani’ where she features alongside Aditya Seal and Mallika Dua.

KAREENA SHINES BRIGHT ON A BILLBOARD AT THE TIMES SQUARE 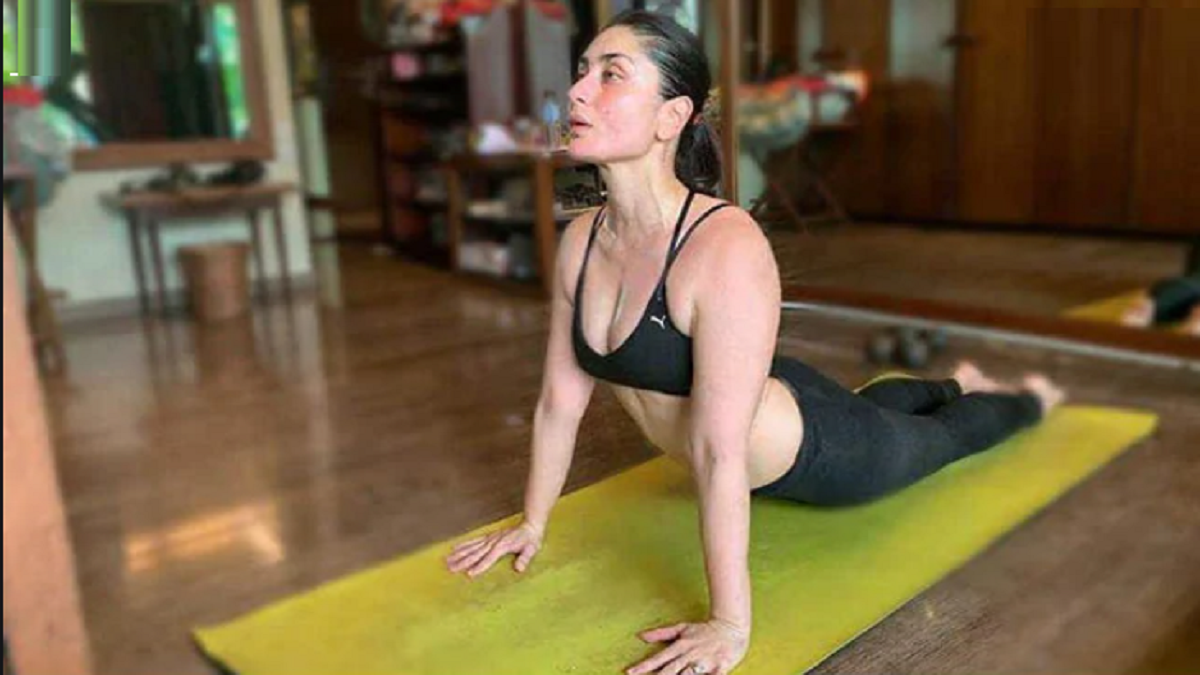 MUMBAI: Kareena Kapoor has successfully established herself as one of the biggest female superstar in the country over the years and continues to be the reigning star claiming the throne.

Continuing to win hearts, Kareena is now shining bright at the Times Square in  New York City where her commercial for a popular jewelry brand is being displayed at a massive billboard. Sharing a video of the same on her IG, the actress wrote, “Shining bright like diamonds and gold on a billboard #TimesSquareNYC”.

Receiving major love from netizens, Kareena’s post already has got viral on social media with millions of her fans from all across the globe commenting on how much they love her on the NYC Times Square billboard.

On the professional front, Kareena Kapoor Khan will be next seen in the highly anticipated Advait Chandan directorial ‘Laal Singh Chaddha’ opposite Aamir Khan. She also has Karan Johar’s period drama ‘Takht’ lined up.