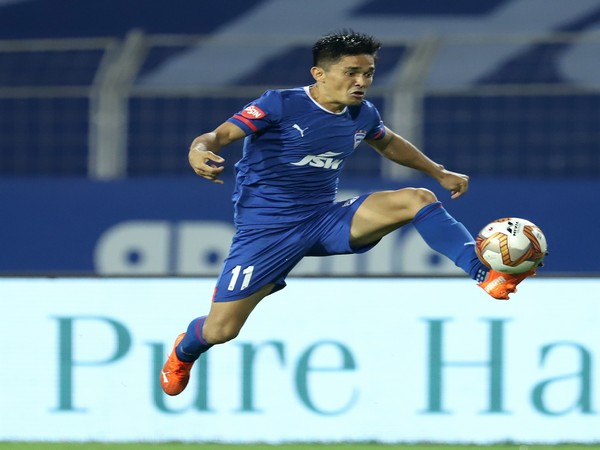 Governing body of world football FIFA in its bid to honour Indian skipper Sunil Chhetri immense contribution towards the sport in India has come up with a unique and noble gesture.
Captain Marvel is currently the third highest active goal scorer with 84 strikes and fifth on all-time list trailing Portuguese great Cristiano Ronaldo (117) and Argentine magician Lionel Messi (86). Sunil will have a special three-episode series dedicated to his life and career and can be streamed on the digital platform of the federation FIFA+.
The series titled ‘Kick Off – Captain Fantastic’ will cover everything right including his personal and professional life and the people who has been his pillar of support for all these years.
FIFA made the decision public on Twitter and in a heart-warming photo placing Sunil alongside Ronaldo and Messi, wrote “You know all about Ronaldo and Messi, now get the definitive story of the third highest scoring active men’s international. Captain Fantastic is available on FIFA+ now.”
As per media reports, the series was shot in Bengaluru and Delhi. Both cities hold a special place for him as he plies his skills with Bengaluru FC in the Indian Super League and Delhi is the place where he grew up. He is India’s most-capped player and also its leading goal-scorer.
Chhetri helped India clinch the 2007, 2009, and 2012 Nehru Cup trophies and 2011, 2015, and 2021 editions of the South Asian Football Federation (SAFF) Championship. The star footballer has also been honoured with the AIFF Player of the Year award for a record seven times.