Every citizen will be looked after, PM Modi assures the nation 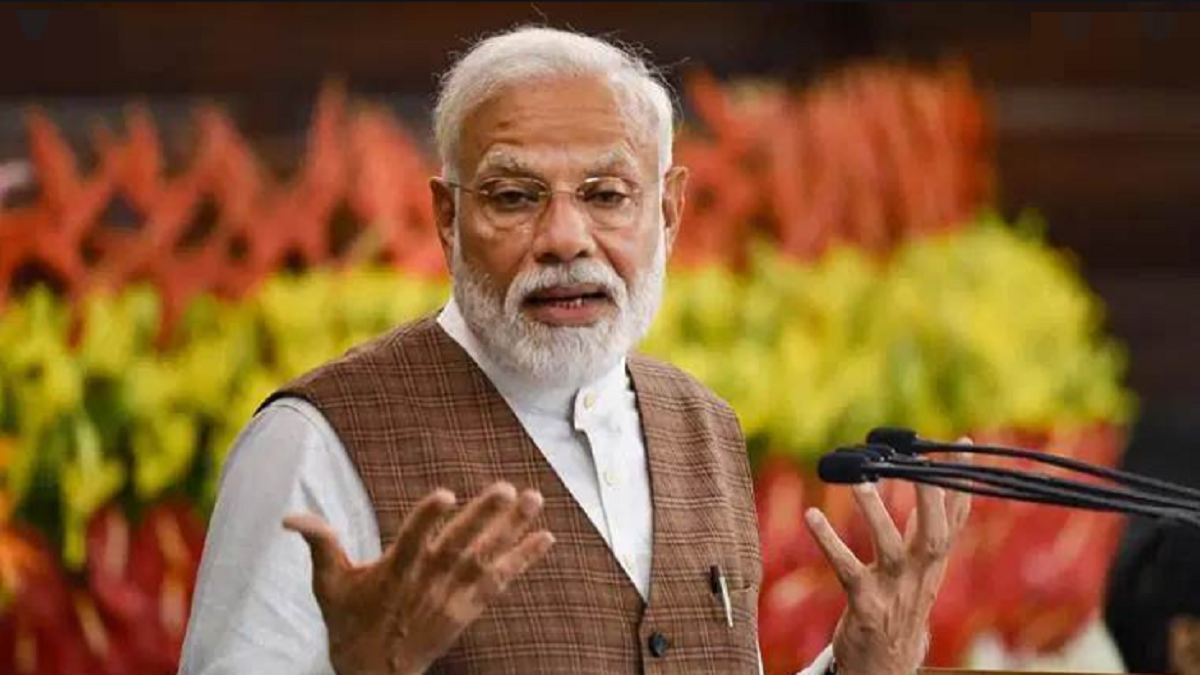 In his latest step to ensure that economic dislocation and pain caused by the Covid-19 pandemic are lessened and then eliminated, Prime Minister Narendra Modi on Tuesday assured each and every citizen of India that the government would ensure their well-being.

The scheme to give free food items to nearly 900 million citizens belonging to lower economic strata, has been extended to the end of November and is estimated to cost a total of Rs 1.5 lakh crore this year alone. The higher figure is because of Union Finance Minister Nirmala Sitharaman’s announcement of adding around 90 million more people (classified as ‘migrants’) to the public distribution system. Presumably, these citizens will also get the benefit of the extension of this scheme. This is a very welcome step that ensures implementation of the National Food Safety Act 2013, mandating that 75% of the real population and 50% of the urban population needed to have their basic foodgrain needs covered by state action. Given that fully 50% of the urban population remain uncovered, and the fact that their living standards are scarcely better than that of their rural cousins, perhaps 75% level of coverage needs to be introduced for urban areas as well.

The PM showed that he recognised the immense contribution made by honest taxpayers in ensuring that welfare measures could be devised and implemented, by placing them alongside farmers and workers. This trio has, by their efforts, become exemplars of national will and resilience. In his address, he refused to join issues with discordant voices across the other end of the political spectrum, focusing only on what was done, and what needed to be done, to ensure that (in the words of another leader) “every tear from every eye” was wiped away. From the start, Modi has considered himself not the topmost official in the country in terms of high responsibility, but as a “sevak” dedicated to the advancement of India. In his words, whether an individual be the village head or the Prime Minister, both are equal before the law. This was a direct reference to the longstanding colonial-era practice of a separation between government and the governed, caused as a consequence of different protocols and mechanisms depending on official rank, with non-officials nowhere in the reckoning. The message, that civil society was important in its own right, was a major takeaway of the 30 June address to the nation that began at 4 pm and lasted a little over 15 minutes of intense messaging to 1.29 billion people of India.

While the death rate in India has been kept low by various measures, it was pointed out that lack of discipline in following the rule book (needed to ensure lowering of the spread of Covid-19) had resulted in an increase in cases after Unlock 1.0 was announced. In a few hours, Unlock 2.0 will begin. Specifically, it was essential to wear masks in public places, wash both hands often and thoroughly and avoid locations where community spread is a risk, especially in designated “hot zones” which are witnessing a spike in the number of cases. From the start, Prime Minister Modi has trusted the people, and at the very start of his first term, he removed the requirement that a gazetted officer needed to attest the statement of a citizen, making only the signature of the citizen necessary for official purposes.

As pointed out in his 30 June address to the nation, overall citizens complied with the measures necessary to bring down the number of cases, a few had not. This small and socially irresponsible segment of the population was gently warned by PM Modi that their behaviour could harm the nation, and was not acceptable. The three steps recommended by him have been shown to bring down the risk of infection up to fifty times in populations surveyed, provided of course that face masks were kept clean through washing and drying rather than be allowed to accumulate toxins.

Apart from ensuring public health, lower rate of infections and Covid-19 fatalities, the economy was at the centre of his attention. It was clearly indicated that a resurgence of economic activity will be among the top priorities of the Prime Minister. Given the move away from PRC-based logistics chains—especially in services and manufacturing— the opportunity for India to become a global manufacturing and services hub has opened up. In 1947-51 as well, the destruction of Japanese capacity and the much lower capacity of countries neighbouring India had offered a similar chance at middle income status in record time. However, the strangulation of private industry (except that of a few close to the power structure) from the 1950s to much of the 1980s prevented that. As a consequence, the per capita income and production of India is still abysmally small in comparison with several countries to its east and north. It is clear from his address to the nation that he is seized of the need to ensure that the administrative structure be reset in a manner that would facilitate enterprise and innovation. The expected cabinet reshuffle as well as measures to be announced will show the roadmap devised by the Prime Minister for this long-delayed makeover of the governance mechanism to reflect the needs of growth rather than the hunger for control of a bureaucracy that has grown exponentially over the years at immense cost to the taxpayer. Such a reform would ensure that the “Vocal for Local” catchword of the Prime Minister becomes a reality.

The 1.29 billion people of India have what may be called “great expectations” from Modi 2.0. The momentum lost due to Covid-19 needs to be made up, and existing gaps in public welfare to be bridged. The period ahead will witness the many steps that Prime Minister Modi will be taking to ensure that the “India Dream” does not remain a “Bollywood fantasy”, but be made through systematic policy initiatives part of the everyday life of the citizen.

After Chinese apps, now it’s the turn of Chinese firms