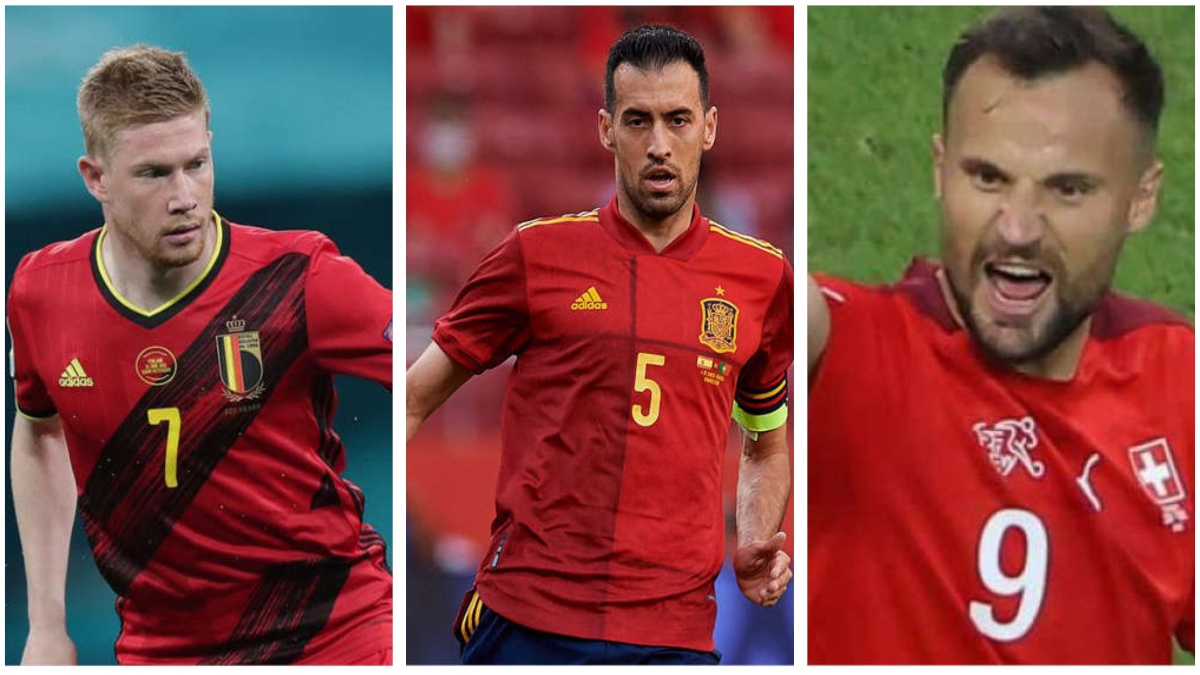 The much awaited Euro 2021 kicked off at the Stadio Olimpico, Rome, on 11 June as the tournament this year has been spread over 11 European countries. There has been a goal scoring spree this year, in 44 matches a total of 123 goals have been scored at an average of 2.8 goals per match. Eight teams will compete in Quarterfinals commencing from today.

The first match of the quarterfinal will be hosted at the Krestovsky Stadium, in Saint Petersburg. The opening match in the round of 8 will be between Switzerland and 2010 FIFA World Cup Champions Spain.

Switzerland recorded their first win at a knockout tournament since the 1938 FIFA World Cup when they shocked the fancied World Champions France in the round out 16 during the penalty shoot-out. Their form in the tournament has been a steady and disciplined one as they qualified for the pre quarter finals as one of the top four 3rd placed teams from the group stages where they drew 1-1 with Wales in their opening game, lost 0-3 to former World Champions Italy and trounced Turkey 3-1. With 4 points and 4 goals scored as compared to the 5 goals conceded, the Swiss were placed third behind Wales on goal average, while Italy topped Pool A. Their attack is spearheaded by Haris Seferović who plays for Portuguese club Benfica who scored a brace against France beating Hugo Lloris and finding the opposition net against Turkey in their pool matches. Breel Embolo will be another attacking player as the Borussia Mönchengladbach forward will be joined by the Liverpool pocket dynamite Xherdan Shaqiri who has two goals to his tally in this tournament. The only matter of worry for their coach Vladimir Petković will be the absence of their hardworking midfield dynamo and Captain Granit Xhaka who will be out due to suspension. There is a strong possibility that Denis Zakaria could take his place in the midfield and will have the task to check the Spanish skipper Sergio Busquets whose experience and presence has revitalized the Las Rojas. Manuel Akanji will have to marshal the Swiss defence against Spain who have proved that they can run riot in opposition penalty area with their pin point crosses from either flanks.

Spain is the team that grabbed the attention of one and all in the Euros this year. A team that took its time to find its stride, the Los Rojas have reaped the largest goal harvest in the tournament so far. After being held to a goalless draw against Sweden and 1-1 draw against Poland, many football pundits had thought Louis Enreque’s young Spanish armada was all set to sink, especially the fact that there was not one player from the famed Real Madrid team in this squad. The return of Sergio Busquets after Covid 19 proved to be the turning point for the squad as Spain decimated Slovakia 5-0 and outclassed a resilient Croatia in the round of 16 with the scoreboard reading 5-3 in favour of the Red Brigade.

The second quarter final match in the wee hours of tonight will be another cracker of a match featuring former World Champions Italy locking horns with the FIFA’s Number One Ranked Team in the world Belgium.

Both the sides have displayed flair, talent and a tenacious appetite for winning in this Euro Championship. Where Italy have fielded a team for the future and have been successful in wreaking havoc on their opposition, Belgium on the other hand is a team that has been expected to win major silverware for some time now. Many expect this to be Belgium’s golden generation of players who have played pivotal roles in their clubs winning big prizes at the big stage of professional football across the world.

Italy were Champions of the world four times in 1934, 1938, 1982, 2006 and later went on to win the Crown of Europe in 1968 when they hosted the mega quadrennial continental championship. Roberto Manchini has changed the way this Italian team plays its football. Italy has impressed everyone from their first game where they dismantled Turkey with the scoreline reading 3-0 and went on to win with an identical score against Switzerland. In their last group match they defeated Wales by a solitary goal to top Pool A and march into the round of 16. Italy had to dig deep into extra time to thwart a resolute Austria 2-1. Italy’s strength form a dynamic midfield and a tantalizing young attackline that have been working overtime to close down and high press their opposition inside the opposition half. Lazio striker Ciro Immobile, Atlanta Midfielder Matteo Pessina and Sassuolo’s  Manuel Locatelli have been consistent scorers for the Azzuris firing in 2 goals each.

While there is no surprise in finding Belgium in the Quarter Finals, it would be also creditable for Roberto Martínez’s men to defeat the defending Champions Portugal and break a million hearts with Christiano Ronaldo’s exit from this Euro Championship as the highest goal scorer till date not merely in this tournament but in European history.

Belgium have one of the most dependable line-ups in the world and their run up the quarterfinals has been almost clockwork execution with the right mix of both individual brilliance and a clinical team performance. Like Italy, they were also the top team in Pool B and scored an impressive 7 goals in their group matches and conceded only once against Denmark. In their opening tie they routed Russia 3-0 at Saint Petersburg, then they outdid Denmark 2-1 before recording a 2-0 win over Poland and marching into the Round of 16 and asking Portugal to pack their bags. While the Belgium boasts of Inter Milan’s powerful Romelu Lukaku as their talismanic striker who already has 3 goals in this edition of the Euros, Thorgan Hazard of Borussia Dortmund has fired in two key goals, their Midfield general and Captain Kevin De Bruyne of Manchester City and Borussia Dortmund’s Thomas Meunier have scored once for their team.  Italy have the advantage as they lock horns with Belgium at Munich’s Allianz Arena with neither team letting their guard down.

England will fancy their chances against India if ball moves around: Alastair Cook