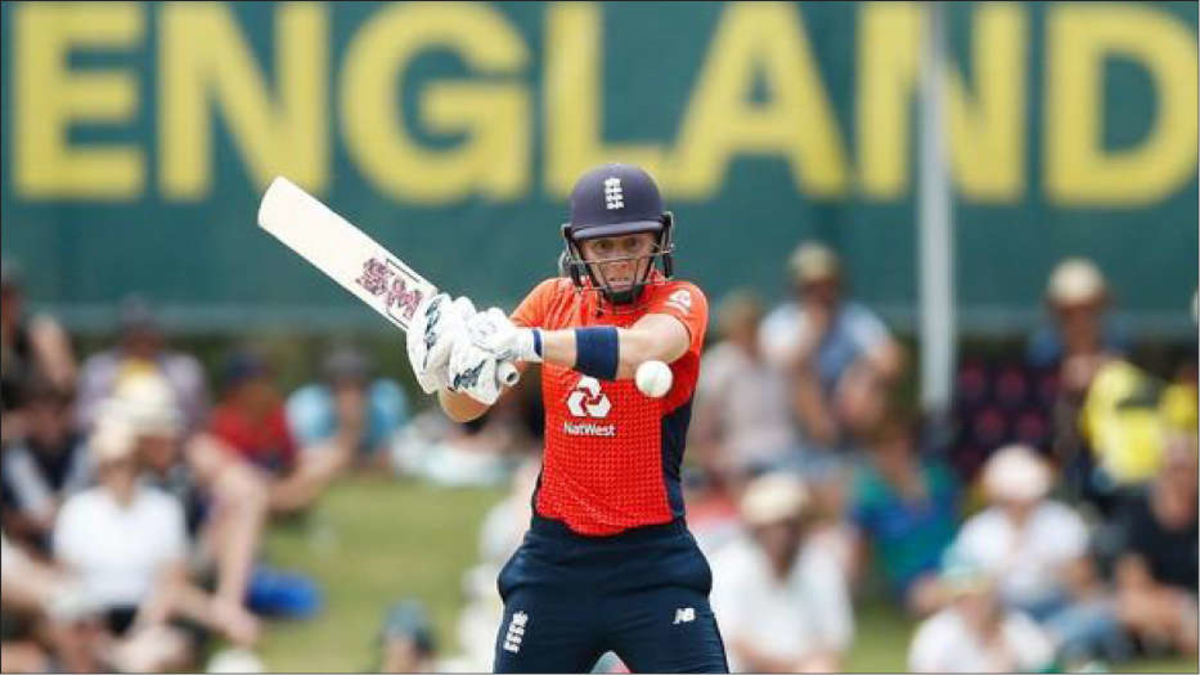 England Women have announced a 16-member squad for the upcoming ODI series against India. Sophia Dunkley is included and could make her ODI debut when the series gets underway at Bristol on Sunday. Freya Davies and Sarah Glenn, who returned to their regional teams during the Test match, are back in the squad. The only player not to be included from the Test squad who played against India at Bristol is Georgia Elwiss, who has not played an ODI match for England since 2019.“We’re looking forward to playing ODI cricket again after a hugely enjoyable and hard-fought Test match,” head coach Lisa Keightley stated in an official release by England and Wales Cricket Board. “The competition for places across all formats is growing every time we meet to select a squad. The options available to us are the strongest we’ve had since I’ve been in the role and we feel this group gives us a great opportunity for success in the ODI element of the series. “There’s no space on this occasion for Danni Wyatt and Georgia Elwiss, and while I know they’re both disappointed to miss out, it’s important that they’re given the opportunity to play cricket at a regional level ahead of the Vitality IT20 series. We have to balance the needs of the squad and the need of the individual and we’ll always be keen to get people playing competitive cricket where we can. 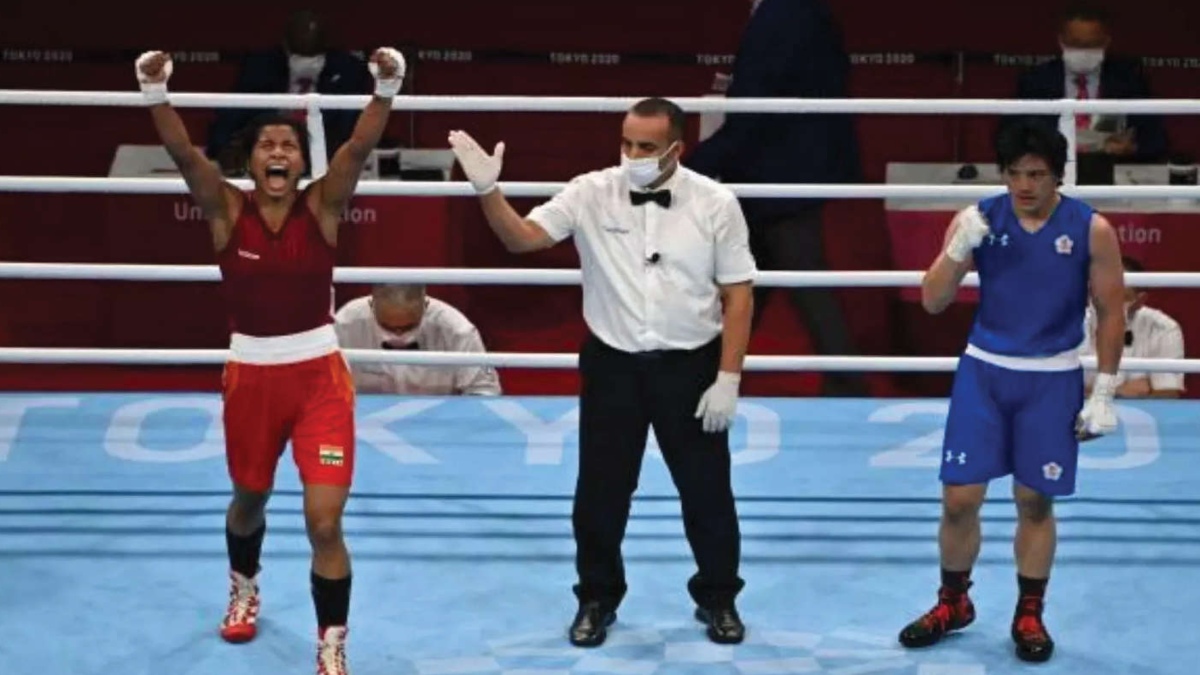 This is a matter of great pride that India will get a medal in boxing. Welterweight boxer Lovlina Borgohain defeated Taipei’s boxer Chen Nien. Now she will face Turkish boxer Surmene Busenaz in the semi-finals, who is indeed one of the finest women pugilist of today’s era.

I watched Surmene’s quarterfinal bout against a Ukrainian boxer before Lovlina’s bout. Surmene has amazing combinations of punches and excellent accuracy. To be honest, I became very emotional while watching her bout. I was reminded of my old days. Some of her movements are very similar to my movements when I was playing. Her defensive movement and the ability to counterattack while staying in the range are rare.

The only thing I would say about Surmene is that given the kind of style of play she has, she can be successful in attacking the opponent in every attempt. Perhaps due to these qualities, this boxer won the gold medal in the 2019 World Championship.

My advice to Lovlina is to stay in the same position while fighting long distances and strike back. Also, according to the terminology of boxing, if she plays circle to left, circle to right or you can say right-left movement, then she may be successful in challenging the Turkish boxer. The Taipei boxer played like a fighter against Lovlina. The way Lovlina played, it was the right strategy to play against a fighter.

While I had high hopes from Simranjit Kaur, the Thai boxer made the most of her experiences against her. She was running smoothly after scoring. Although it was decided in the first two rounds that the Thai boxer had won this bout, but in the third round, Simranjit was under pressure or whatever you call her, her shell guard was also down in this round. The Thai boxer made good use of her skills there and punched on the target. It never seemed that this bout could be in Simran’s hands.

The absence of a doctor with the Indian boxing contingent is very unfortunate. There is a high chance of injury in this game. Truth be told, there is a need for a physio and a doctor team with all combat sports, but still, it would have been better if all these issues had arisen before the Olympics.

The author is a former Olympian and an Arjuna Awardee. 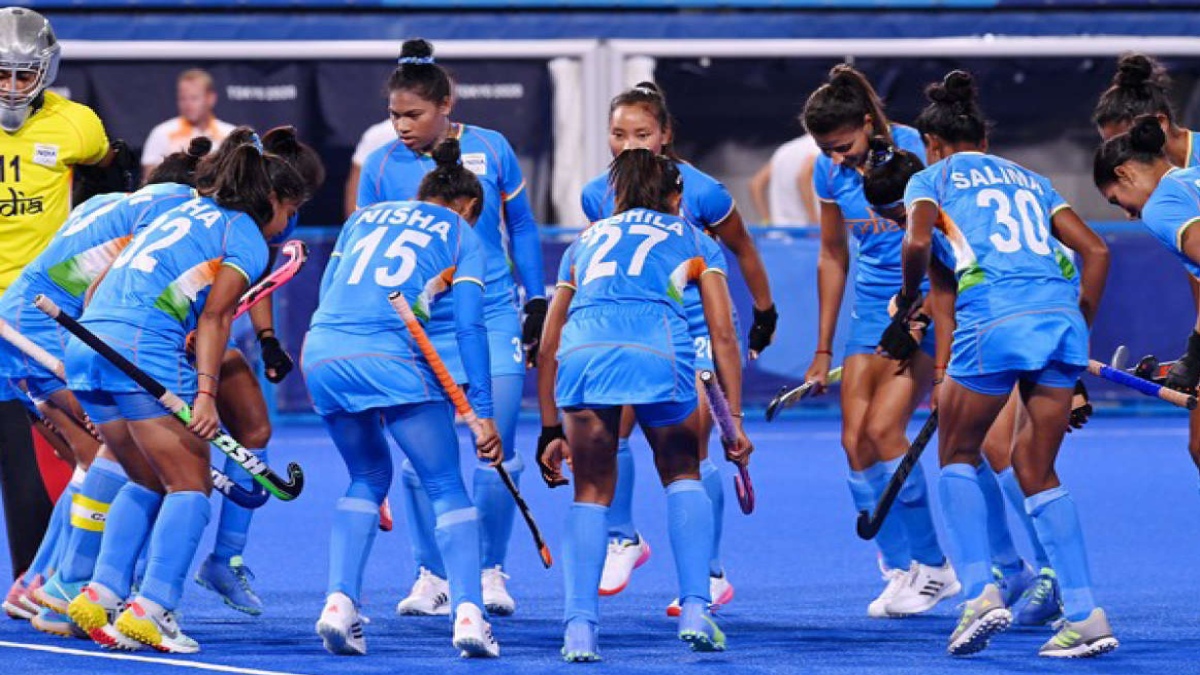 The India women’s hockey team will look to put the disappointing result against Great Britain on Wednesday behind them when they take on World Number 9 side Ireland in their fourth Group Stage match at the Tokyo Olympics on Friday.

The equation for Team India is such that they must emerge with a win against Ireland to keep their chances of qualifying for the quarter-finals alive. Ireland will be approaching the match on the back of a 4 – 2 defeat at the hands of Germany on Wednesday; but with plenty of incentive as the Irish side can secure their own quarter-final berth with a win.

Chief coach Sjoerd Marijne reflected on the team’s performance against Great Britain, and spoke about the changes that the team must make for the match against Ireland. “We underperformed as a team against Great Britain. It wasn’t a good match on our part, and we must quickly put it behind us and move on as there are still 6 very crucial points to play for in the Group Stage. We have to aim for the full 6 points from the next two games. It’s now or never,” said Marijne.

Captain Rani believes that the team must assess their performance relative to the strength of opposition they have faced so far in the competition. “Our Olympic campaign began with a series of matches against three of the best hockey teams in the world. Although the results have not been in our favour, we have approached and played each match with the right mentality.

“We will continue to do so in the next two games, and give it everything we have as a team to try and get 6 points to qualify for the knockout rounds,” said Rani.

Speaking about the match against Ireland, Rani said, “Ireland are a good team, and they are also our closest competitor in our pool. We have to do better to convert our goal scoring chances against them; both in terms of field goal attempts and penalty corners. We did well against Great Britain to win so many penalty corners; our goal came from a PC as well. We have to improve our conversion rate in the coming matches.”

ATANU STUNS JINHYEK OH IN THRILLER, CRUISES INTO NEXT ROUND 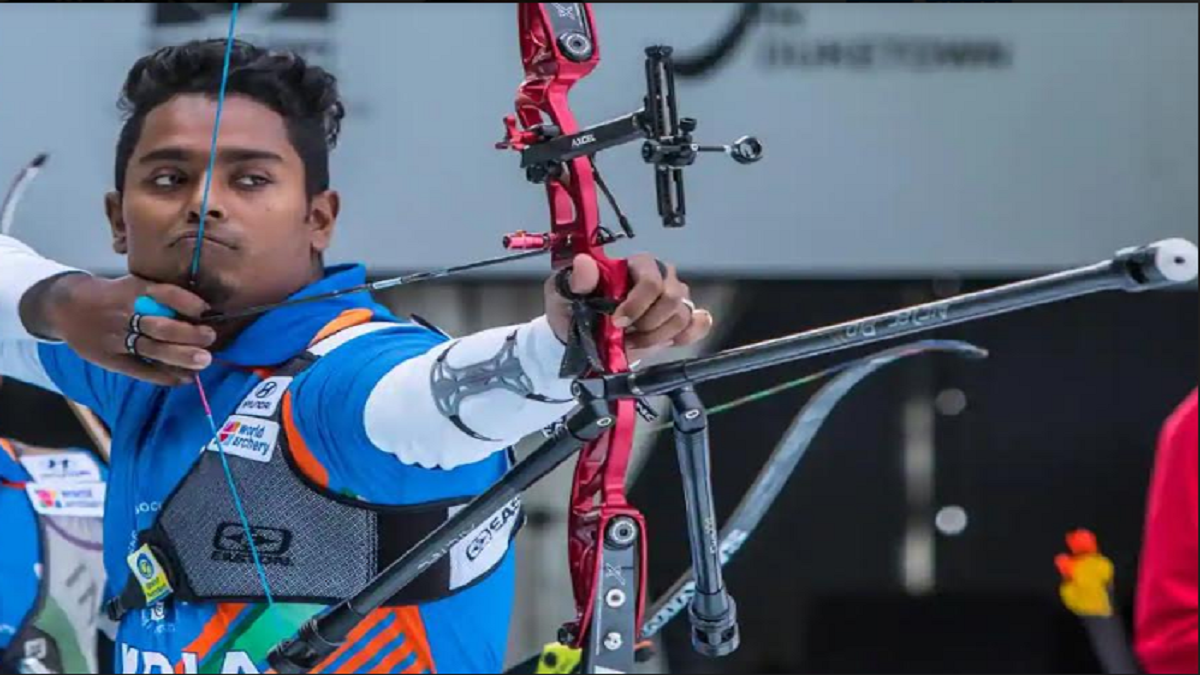 Indian archer Atanu Das shocked South Korea’s Jinhyek Oh in a nail-biting finish to make it to the 1/8 Elimination round in the men’s individual archery event here at the Yumenoshima Ranking Field on Thursday.

The third-seed Korean started the match with a decent 8-9-9 and Das replied with 8-8-9, giving Jinhyek two points in the first set. Das came strongly in the second set with three 9s, Oh missed the chance to take the two points after hitting an 8 in the last arrow. The third set also had the same output with both archers sharing the points. Jinhyek 8-10-9 and Indian aimed 9-9-9. With his back against the wall, Atanu responded brilliantly and took the fourth set 8-9-10 and the Korean replied with 9-7-6 to force a decider.

The fifth set tested the nerves of both archers as they both again shared the points and progressed into shoot-off. Aiming first in the shoot-off, Jinhyek shot a 9 to which Atanu replied with a brilliant 10 and sealed the match. With this win, he has cruised into the 1/8 eliminations round. Earlier in the day, Atanu defeated Chinese Taipei’s Yu-Cheng Dang in the ongoing Tokyo 2020 Olympics 6-4 in the 1/64 Elimination round. 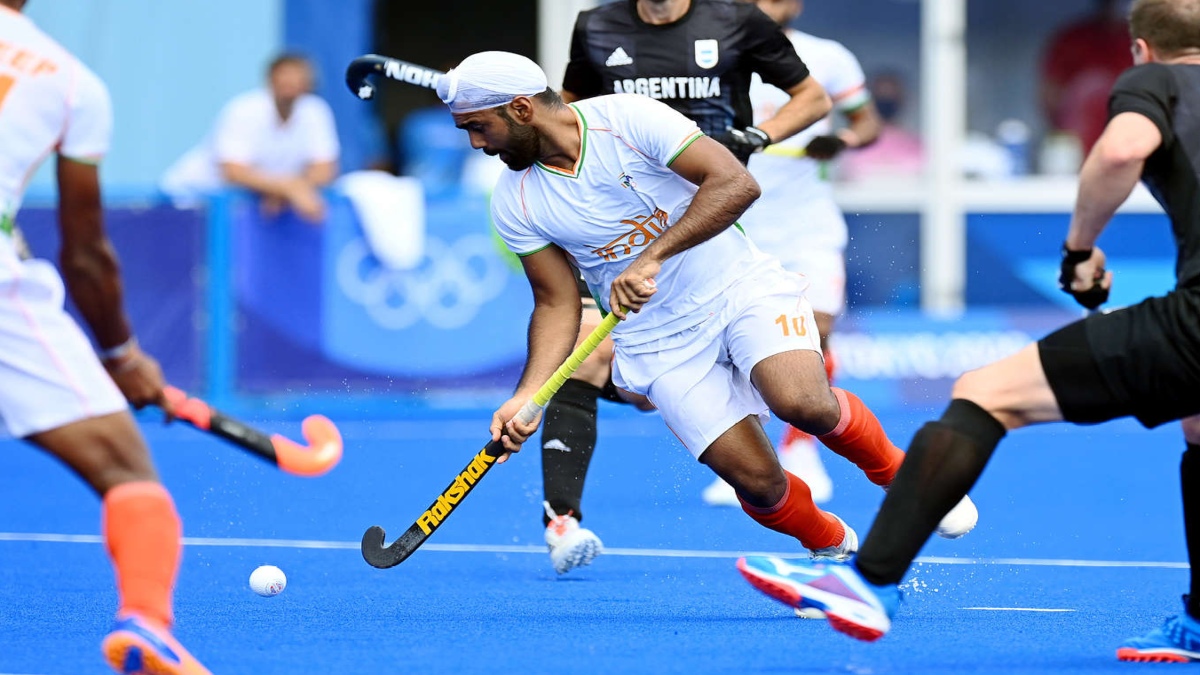 With this win, the Indian men’s hockey team has qualified for the quarterfinals in the Tokyo 2020 Olympics. India started the match at a good pace as defenders gave no clear-cut chance to defending champion to find that rhythm in midfield. Dilpreet Singh had India’s best chance in quarter one but it was kept out by the Argentine goalkeeper by a very good save.

India’s finishing was not clinical even in the second quarter and it remained scoreless after the end of the first half. In the third quarter, the pressure by Indian forwards finally delivered as Varun Kumar gave the team a much-needed breakthrough after converting a very well worked penalty corner. In the dying minutes of the quarter, Graham Reid’s men were close to double their lead but Argentina goalkeeper Juan Manuel came big for his team again by saving a nicely worked PC by the Indian team.

In the fourth quarter, Argentina responded well by converting a PC and levelled the match against India as Casella stormed the ball past Sreejesh. With the match going for a draw, Vivek Sagar Prasad came with an absolute poacher of a finish to regain the lead for the team. Minutes later Harmanpreet Singh came clutch for India from PC and sealed the match for India. After this victory, India has now won three matches in their group.

Sindhu started well in the match after trailing 0-2 as she held the advantage throughout, taking an 11-6 lead into the mid-game interval. Mia gained some ground after the interval as Danish closed the gap to just two points but Sindhu came roaring back and later took six points in a row to finish the first set in 22 minutes — 21-15. In the second set, Sindhu continued with her momentum from the first, and with some beautiful cross-court downward shots, she took the lead by 5 points in the mid-game interval. Blichfeldt tried to stay in the game by playing some long rallies but the sixth-seed showed her invaluable experience and cruised into the next round as she took the game 21-13.

Sindhu will now face either 12th seed South Korean Gaeun Kim or Japan’s 4th seed Akane Yamaguchi in the last 8. On Wednesday, Sindhu defeated Hong Kong’s Ngan Yi Cheung in straight sets 21-9, 21-16 to cruise into the elimination round of women’s singles. This was the second successive win for the 2016 silver medallist who earlier on Sunday started her Tokyo campaign on a good note after defeating Israel’s Ksenia Polikarpova 21-7, 21-10. The entire match lasted for just 28 minutes. 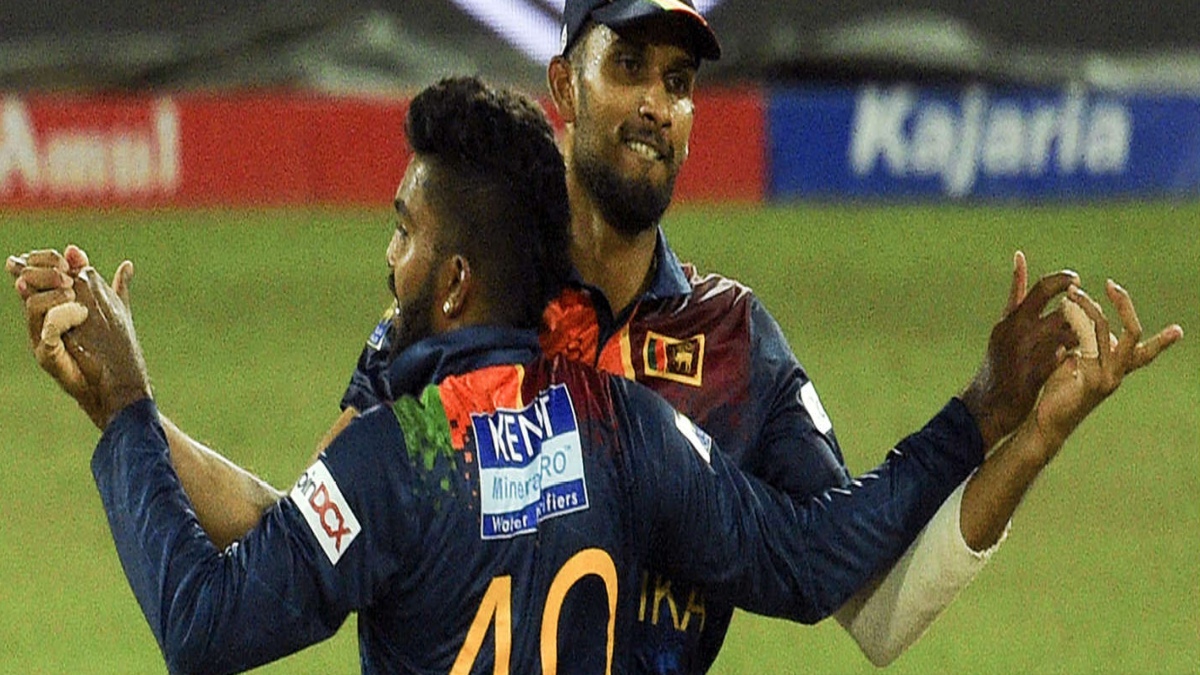 Wanindu Hasaranga picked four wickets before Sri Lankan batsmen wrapped an easy win in the third and final T20I against India to clinch the three-match series 2-1 on Thursday.

Sri Lanka needed 82 runs to win against the depleted Indian side in the series decider and the hosts chase down the target comfortably inside 15 overs. Chasing 82, Sri Lanka got off to a decent start as Rahul Chahar removed opening batsman Avishka Fernando in the sixth over. It was a slow start from Sri Lanka but the hosts were far from any trouble as they only needed 82 runs to win.

Chahar did pick two more wickets as he dismissed Minod Bhanuka and Sadeera Samarawickrama but wasn’t able to stop Sri Lanka from chasing the target.

Earlier, Hasaranga celebrated his 24th birthday in style as he picked four wickets to restrict India to 81/8 Opting to bat first, India got off to bad start as the visitors lost skipper Shikhar Dhawan in the first over. A mix-up in the middle resulted in Devdutt Padikkal getting run out in the fifth over.

Sanju Samson’s wicket in the same over only dented India’s chances of having a decent total. Ruturaj Gaikwad (14), who was playing well, too departed in the fifth over.

India lost three wickets in the fifth over and Nitish Rana’s dismissal in the ninth over left the visitors reeling at 36/5 with no recognised batsman at the crease.

Bhuvneshwar Kumar and Kuldeep Yadav then stitched a 19-run stand for the sixth wicket however, Hasaranga sent back the pacer in the 15th over.

After 15 overs, India score was 55/6 with Kuldeep and Rahul Chahar at the crease.

India kept losing wickets at regular intervals and were eight down for 63 before Kuldeep and Sakariya stitched an 18-run stand as visitors posted 81 in the allotted 20 overs.