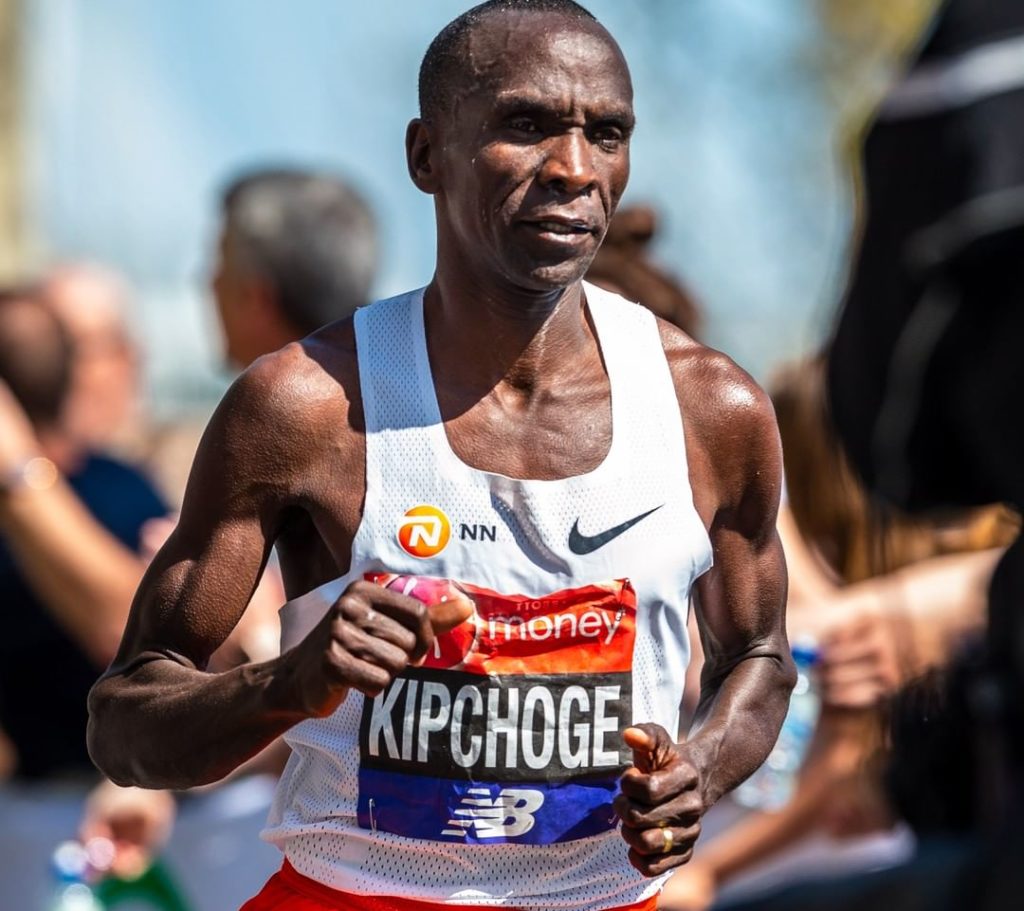 Star Kenya marathoner Eliud Kipchoge won the Berlin Marathon with an astonishing time of 2:01.09 hours to set up a new world record here on Sunday.
Kipchoge bettered his own world record by 30 seconds that he set at the same event in 2018.
This was the 37-year-old celebrated long distance runners’ 15th career wins. In a two-decade-old career, the Kenyan is a two-time Olympic champion (2016& 2020). He has won 10 major marathons across the world as well as capturing the world championship in 2003.
On an overcast day, Kipchoge was in his elements from the word go and only few on the grid could match his intensity.
Ethiopia’s Andamlak Belihu stayed hot on his heels for a considerable amount of time but later buckled and fell behind as the Kenyan cruised his way to yet another sensational victory. Kipchoge had come agonisingly close in setting a new record at the Tokyo Marathon in March as well only to miss out on the mark by just a minute.
His compatriot Mark Korir finished second to register a one-two finish for Kenya, while Ethiopian Tadu Abate ended third.