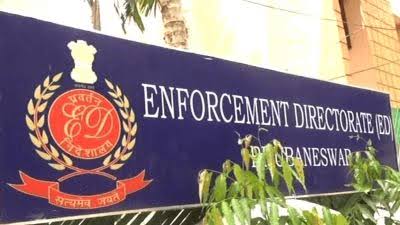 The Directorate of Enforcement (ED) here has frozen 80 bank accounts with a total balance of one crore as part of its ongoing investigation into the ‘Super Like Earning Application,’ a scam promising part-time online jobs, an official said on Thursday.

The accused’s bank accounts were frozen during the two-day search on Monday and Tuesday at 16 locations in Bengaluru, according to an ED spokesperson.

According to the official, the searches were carried out in accordance with the provisions of the Prevention of Money Laundering Act (PMLA) at the accused’s residential premises as well as the offices of payment gateways such as PhonePe, Paytm, Google Pay, and Amazon Pay, as well as banks such as HDFC, ICICI, and Dhanalakshmi.

The ED launched the money laundering investigation after South Cyber Economics and Narcotic Crimes Police Station filed a FIR against ‘Messrs Super Like Online Earning Application’ and other accused on March 3, last year.

On January 13, police filed a chargesheet in the case before the Principal City Civil and Sessions Judge in Bengaluru, against 50 people, including two Chinese nationals, Shen Long and Himani.

According to the spokesperson, customers of the application were required to invest money and share photos and videos of celebrities. They would then receive money as profits.

“By getting attracted towards this lucrative scheme, the common public invested funds in the app. After sharing videos of celebrities, they got some money as profits for some time,” the ED said.

However, even after sharing videos and photos, customers did not receive any refunds. When they attempted to withdraw their invested funds, the app blocked their withdrawal, according to the spokesperson.

“Thus, by cheating the common public, the accused people collected huge amounts of funds from the common public and did not return their money. Criminal activities related to scheduled offences were committed,” the spokesperson said.

The ED stated that further investigation into the case is ongoing.