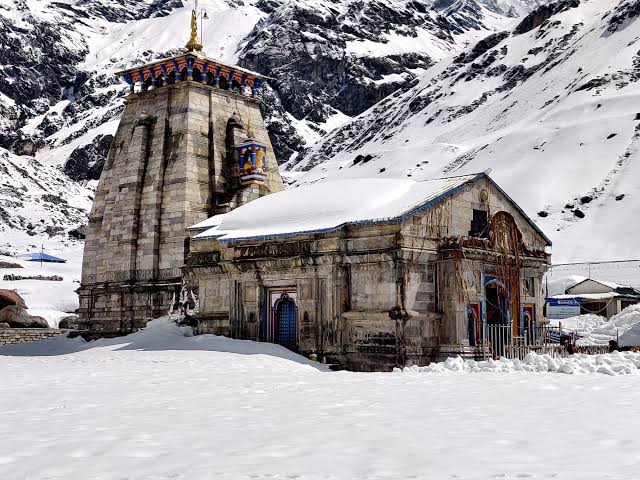 In light of the partial solar eclipse on Tuesday, the Kedarnath and Badrinath temple doors will stay closed.

Prior to journeying to Badrinath, PM Modi visited Kedarnath Dham in Rudraprayag and offered prayers while dressed in a traditional pahadi costume called a Chola Dora that Himachali ladies gave him while he was on a visit to the region. Some of the most significant Hindu sites include Kedarnath and Badrinath.

Due to the partial solar eclipse, temples in Prayagraj are closed on Tuesday. In the Triveni Sangam, devotees could be seen taking a sacred bath.

This time, a day after the Diwali holiday, countries throughout the world will see a partial solar eclipse. The eclipse will start in the late afternoon before sunset and be visible in most places.

It is not advised to look at the eclipsed sun with your naked eye, even for a short period of time.

A solar eclipse takes place when the moon moves in front of the sun, blocking it from reaching the earth. As a result, the Earth is covered by the shadow of the moon, creating a solar eclipse.

The sun will still result in permanent eye damage and blindness even if the moon blocks out most of it.

In the country’s northwest, the Moon will completely block out the Sun during the total eclipse to a degree, obscuring it by 40–50%. In other regions of the country, the percentage coverage will be less than what is shown in the aforementioned data.