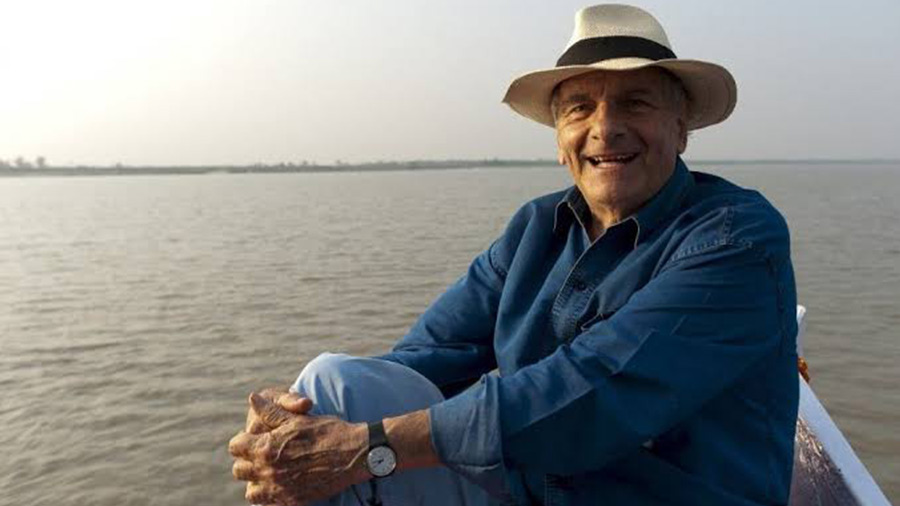 Freedom at Midnight author Dominique Lapierre has died at the age of 91. “At 91, he died of old age,” his wife Dominique Conchon-Lapierre told the French newspaper Var-Matin on Sunday. She added, “at peace and serene since Dominique is no longer suffering”.
Even though Lapierre was from France, he was passionate about India, something that was reflected in his 1985-work City of Joy

— based on the hardships of a rickshaw puller in Kolkata — that turned out to be a massive success. It was also adapted for a movie in 1992 which starred Patrick Swayze and was directed by Roland Joffe.
Dominique Lapierre, who had a passion for India, passed away at the age of 91. His wife Dominique Conchon-Lapierre confirmed his passing away to a French newspaper Var-Matin on Sunday. “At 91, he died of old age,” she told the newspaper, adding that she is “at peace and serene since Dominique is no longer suffering”.
Lapierre, who was born on July 30, 1931, in Chatelaillon, wrote many books on India like ‘Freedom at Midnight’ and ‘City of Joy’, which sold millions of copies.
He was awarded the Padma Bhushan in 2008.
‘Freedom at Midnight’ is a factual account of the events leading up to Indian independence, beginning with the appointment of Lord Mountbatten of Burma as the last Viceroy of British India and ending with Mahatma Gandhi’s assassination and funeral.
His 1985 book ‘City of Joy’ describes the struggles of a rickshaw puller in Kolkata which was adapted into a film starring Patrick Swayze in 1992.
A lot of Lapierre’s royalty from ‘City of Joy’ was donated to charitable projects in India.
The City of Joy tells the story of the unsung heroes of Kolkata’s Pilkhana slum. Lapierre donated half of the revenues from this book to many humanitarian projects in Kolkata, including leprosy and polio children’s refuge centres, dispensaries, schools, rehabilitation workshops, education programmes, hygienic actions, and hospital boats.
To process and channel the charitable money, he established the Action Aid for Calcutta Lepers’ Children (registered in France as Action pour les enfants des lepreux de Calcutta).
Lapierre and Larry Collins wrote several other books together, the last being ‘Is New York Burning?’ in 2005.
‘O Jerusalem’ (1972), ‘Or I’ll Dress You in Mourning’ (1968), ‘Freedom at Midnight’ (1975), ‘The Fifth Horseman’ (1980), along with ‘Is New York Burning?’ were co-written by the two legendary authors.