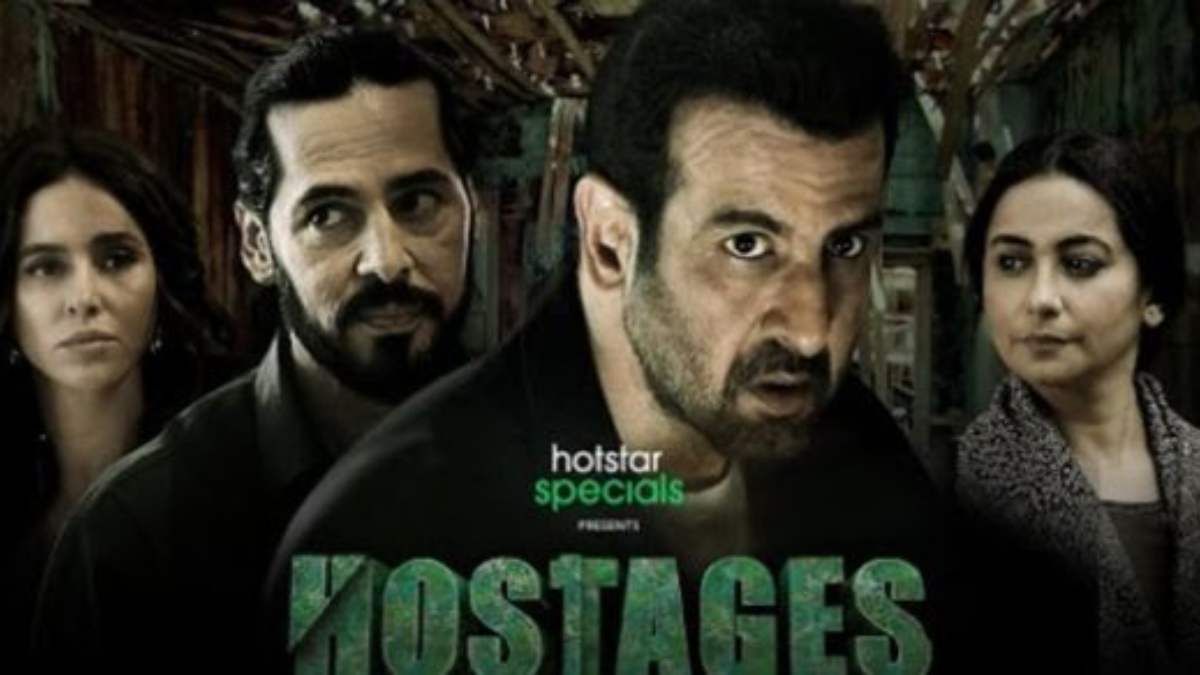 Hotstar Specials latest crime-thriller Hostages 2 has been garnering immense love from viewers and the industry alike. As the plan of killing CM Handa (Dalip Tahil) in Season 1 goes awry, audiences were
left guessing about Prithvi Singh’s (Ronit Bose Roy’s) next move. As the story in season 2 picks up steam, it introduces a whole new set of characters, each with their own agenda and complicated reason for being involved in the murky situation surrounding Handa’s kidnapping. The show stars Ronit Roy, Divya Dutta, Dino Morea, Shibani Dandekar, Shweta Basu Prasad, Dalip Tahil and Aashim Gulati in pivotal roles.

Divya Dutta: The final face off of my character, Ayesha Khan with Prithvi Singh(Ronit Roy) is definitely my favourite. That is a very important moment from a negotiator’s perspective because we were constantly in touch throughout the season talking on phone without knowing who the actual person is behind the receiver. So when we finally meet, the scene has so many layers to it because we are saying something, and gauging some- thing else. It is a multilayer scene and Ronit is such a fabulous actor, that I loved doing that scene with him. This extremely dramatic scene comes during the pre climax and adds a lot to the tension in the series as well as the equation of Prithvi and Aayesha and I feel it’s brilliant.

Dino Morea: A lot of my scenes have been meticulously constructed but my personal favourite is when my character Ranbir has a final face off with Prithvi. The intensity of the moment, where they both come from different stories and are negative in a way come together, culminates to the final climax and is very special to me. When two tough guys come face to face, a lot goes down and the entire show comes to a crescendo at that moment.

Shweta Prasad: As an actor, the entire shooting experience and series was special, but when I binge watched the season, as an audience. I really loved the scene between Handa and Sabha. He is Sabha’s father, though he hasn’t even been there with her; he is her biological father. There is something innately human about that scene, even though it is slightly awkward. What I liked the most about Hostages 2 is that everybody is a hostage of a situation, at the end of the day it’s a story of a family and how they overcome this situation.

WHY I ALWAYS ROOT FOR INDIAN DESIGN, NOT ETHNIC

Kangana ‘will quit Twitter’ if anyone can prove she starts fights