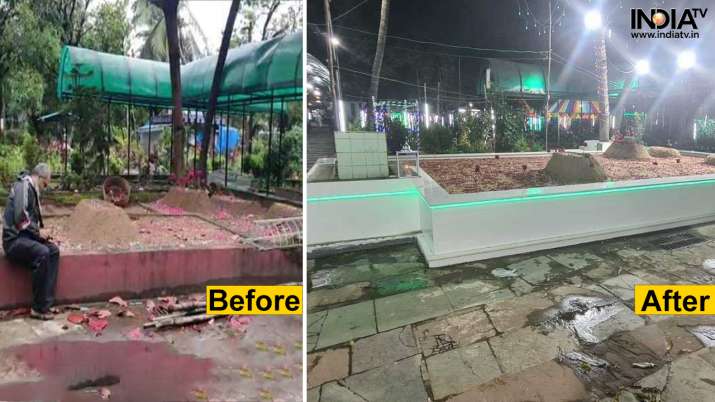 The Mumbai Police were directed to make a proper inquiry into the matter of the beautification of 1993 Mumbai Blast convict Yakub Memon’s grave in the Bada Qabrastan of Mumbai, sources in the DCM office said on Thursday.

As per sources in the DCM office, the police are also directed to submit a report. DCM is also in charge of the Home department. After the lighting arrangements at Yakub Memon’s grave were removed from Bada Qabrastan, Maharashtra Bharatiya Janata Party MLA Ram Kadam asked if this was former state Chief Minister Uddhav Thackeray’s patriotism to convert the grave of a terrorist into a Mazar.

“The grave of terrorist Yakub Memon, who executed the 1993 Bombay bombings at Pakistan’s behest, was converted into a Mazar when Uddhav Thackeray was the CM. Is this his love for Mumbai, patriotism? “, said BJP MLA Ram Kadam, seeking Thackeray’s apology on the matter. “Sharad Pawar, Rahul Gandhi, and he (Uddhav Thackeray) should apologies to the people of Mumbai,” he said.

Memon was the lone convict in the 1993 Mumbai serial blasts case, who was sent to the gallows. On March 12, 1993, Mumbai (then Bombay) was rocked by a series of bomb blasts which killed 257 people, injured more than 700 people, and destroyed property worth approximately Rs 27 crore. The case was handed over to the Central Bureau of Investigation (CBI) at the request of the state government.

A number of accused people have been convicted in the case, including Mustafa Dossa and Abu Salem on June 16, 2017. The attacks were allegedly planned by wanted terrorist Dawood Ibrahim.

PALANISWAMI ARRIVES AT AIADMK HQ IN CHENNAI AMID CELEBRATIONS