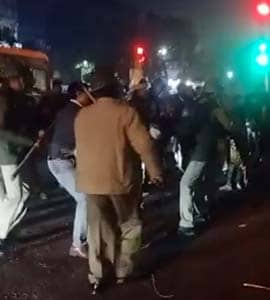 Delhi’s three-year-old boy’s headless body was recovered from a sugarcane field in UP’s Meerut, according to the Delhi Police. The child named Manav went missing on 30 November from his neighbourhood in Delhi’s Preet Vihar.

The accused is boy’s neighbour who allegedly kidnapped and murdered him. The child’s family and locals protested against the police citing inaction.