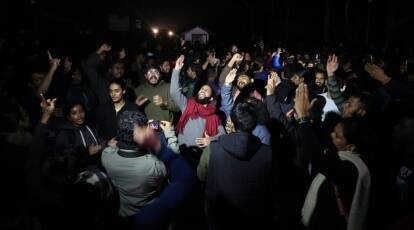 Delhi Police on 25th January said it has begun an inquiry on the complaint lodged by students of Jawaharlal Nehru University against the alleged stone pelting and deli power cut that took place while they were watching the controversial BBC documentary on PM Narendra Modi.

The officials also said that, both the sides have given a complaint to Delhi Police on the late-night students’ ruckus on campus in the JNU case. On 24th January night, several students took out a protest march from their campus to the Vasant Kunj Police Station and lodged a complaint claiming stones were pelted at them while watching the screening of the documentary. The protest was called off after the police assured them that they will investigate the matter.

“We filed a complaint, and the police assured us they will be immediately looking into the incident. We gave the name and details of the people involved. As of now we are calling off the protest”, said the JNU Student Union President Aishe Ghosh.