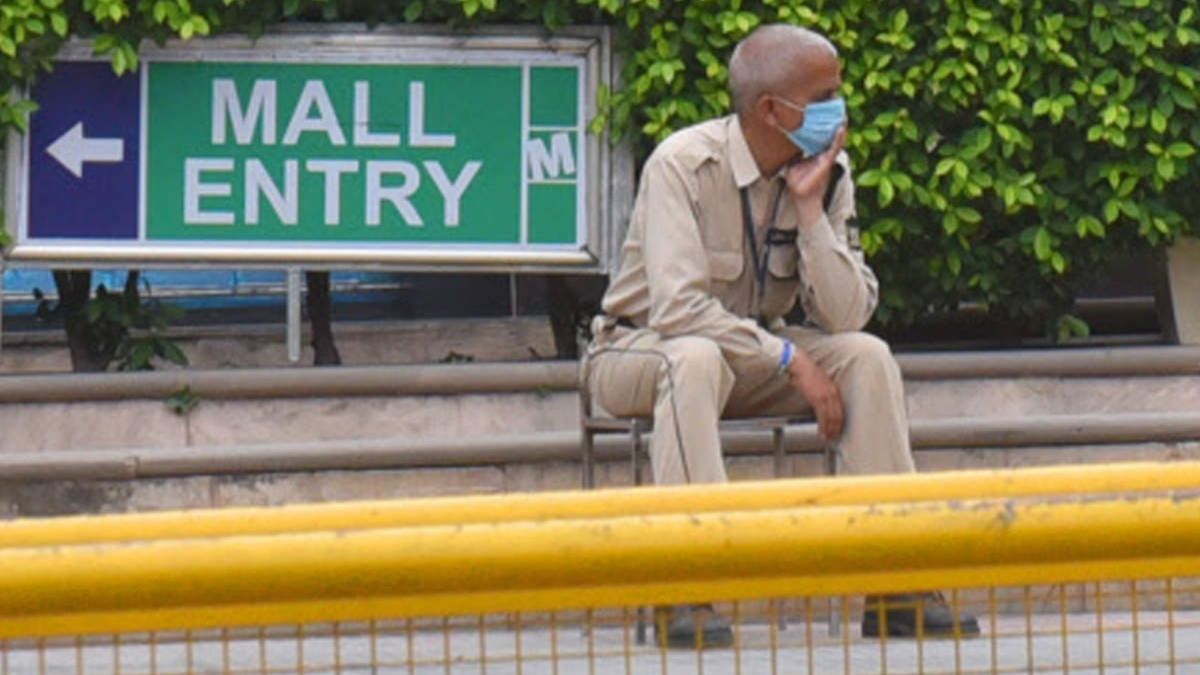 With the Modi government announcing a phased exit from over two-month-old lockdown from 1 June, Delhi Metro and malls are gearing up to resume their operations. Even as Metro services may be days — or even weeks — away from resumption in the National Capital Region, DMRC authorities have already started making preparations to handle passenger traffic as per the Covid-19 guidelines issued by the government.

Similarly, malls in the NCR are only a few days away from resuming operations, but have made all necessary arrangements to keep the virus away from their premises. Malls in the NCR region have been allowed to reopen from 8 June onwards in all non- containment zones. The Metro, too, has begun signal testing and trial runs, besides following the social distancing norms in a service that otherwise witnesses overcrowded coaches and station premises swarming with passengers in normal times.

In the Covid times, however, a significantly lower number of passengers will be allowed to enter at a given time. The carrying capacity in coaches will be 50% of the regular one. While all Metro stations and their elevators have been sanitised and signals are put to test, once the actual nod for resumption of services comes, the passengers will be greeted with thermal scanners at each and every metro station under the DMRC ambit.

They will be allowed to proceed only if they don’t show fever. For that matter, any passengers with symptoms like sneezing or coughing will be stopped from journeying by the Delhi Metro, if an IANS report is to be believed. Once inside, stickers plastered on every station floor will guide the passengers, particularly ahead of ticket collection centres and escalators, so that each individual keeps a safe distance from persons ahead and behind him or her.

The red and yellow stickers will read “please stand here”. Even inside Metro coaches, seats have been marked where no one can sit, to allow for social distancing. Metro’s own security will be pressed into action to ensure passengers abide by the rules. Meanwhile, like airports, Metro passengers may also be requested to keep their metal belongings and purse on their carrybags, or in a different tray, said a Noida Metro Rail Corporation (NMRC) official.

And, just like at airports, the Aarogya Setu app will be made compulsory to any traveller, be it in Delhi or Noida. A suggestion on this came from the CISF when a resumption strategy was being worked upon. If anyone does not have a smartphone and wishes to board Noida Metro, he or she will be asked to call up at 1921 and answer a few questions.

Those who pass will only be allowed to move ahead. Extra human resource, both in terms of CISF personnel and DMRC’s own security, will be deployed at big stations like Rajeev Chowk, Mandi House, Huda City Centre, Noida Botanical Garden, Central Secretariat and others to deal with the relatively extra rush. In NMRC routes, one such mock run has already been conducted this Friday, with dummy passengers, to see how far they can implement their plan on the ground. A decision on Metro services will be taken in the third phase of the lockdown 5.0, after taking the ground situation into consideration.

With malls now reopening on 8 June, their officials are already on the job to see how to go about it in a smooth way, even as an SOP from the Health Ministry is due. One such mall is Noida’s Logix City Centre which houses not just Noida’s biggest pub, but also its only IMAX theatre. An official working at the mall told IANS on the condition of anonymity that thermal scanners and hand sanitisers at the entry gates will be ensured.

All stores will also be encouraged to keep sanitisers at the cash counters. Stickers are likely to come up like in the Metro to help people stand afar from each other, ahead of the entry gates, lifts, escalators and movie theatre entrance. The mall already has a running Big Bazaar outlet since it comes under essential services, wherein each and every buyer has been thermally scanned all this while.

While it’s still not sure whether all malls will reopen on 8 June itself, given that many shop owners may still be apprehensive, but efforts are afoot in all major places like the DLF Mall of India in Noida, Select City Walk in Saket, DLF Promenade in Vasant Kunj to slowly open up businesses with adequate precautions. Many of the malls are also waiting for the Health Ministry’s SOP that may stipulate how many people can be allowed in at a time. With agency inputs