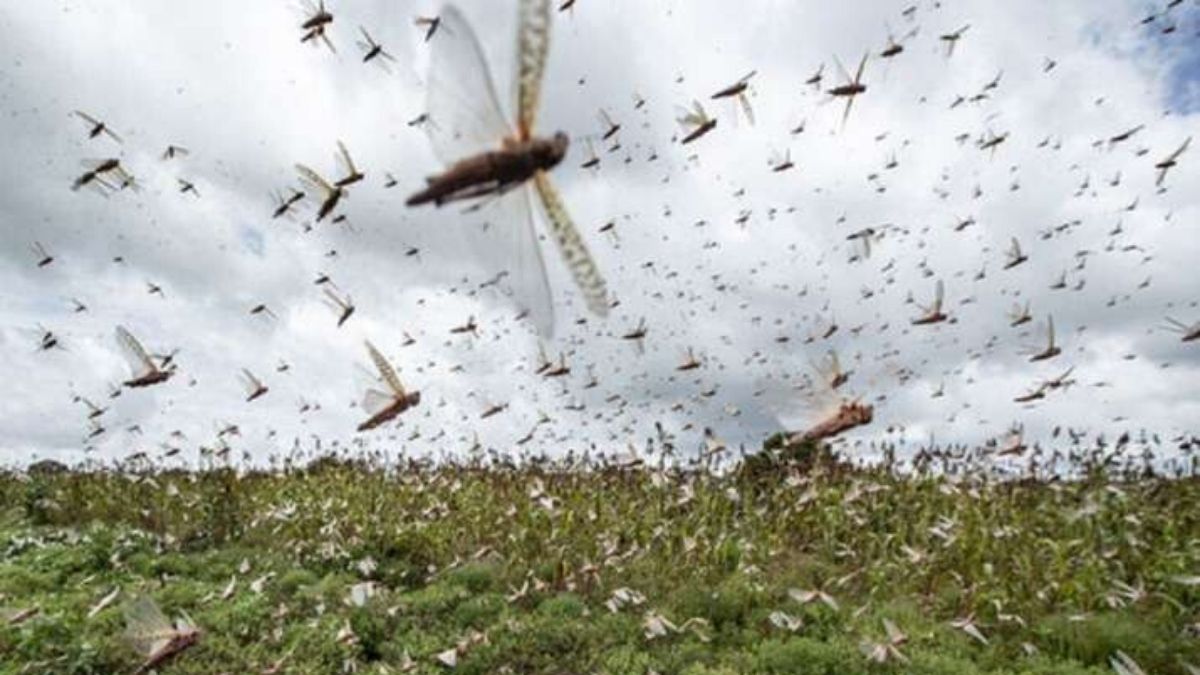 Several north Indian states have been affected by the locust swarms that don’t only attack farmlands but also vegetation, gardens, plants and orchards. Known to devour anything coming into their way, and posing a stupendous threat to food supply and livelihoods of millions of people, these swarms have already overrun many parts of Rajasthan and are heading towards the national capital.

Sensing the threat, the Delhi government is making all efforts to deal with the locust attack. It is working on preventive measures to curb down the damage caused by the winged arthropods. Locusts can fly up to 150 km a day and a one-squarekm swarm can eat as much food as 35,000 people in one day. Dr S. Vennila, Principal Scientist, Agri Entomology at the National Centre for Integrated Pest Management (NCIPM), spoke to The Daily Guardian and said, “Loud sound and sonic disturbances can be used to flee the swarms.

They settle on crops throughout night and travel during the day so chemicals can be sprayed on standing crops as a precautionary measure before evening. This can act as a repellent. Some 15 pesticides are recommended by the Government of India and global associations. But there are several factors which affect the survival rate of these locusts and it could be worse if the swarms get adapted to the environment.”

“We are conducting a meeting on 30 May and a nationwide survey will be conducted as soon as possible. Again, extensive measures cannot be carried out as the man force needed to tackle the situation are under the risk of Covid-19. The problem did not start all of a sudden, it took time to grow and rainfall during March-April in the breeding grounds of Saudi Arabia, Iran, Oman, and Africa have led to their migration.

We need to protect the Kharif crops as the harvesting season is due,” Dr. Vennila added. Meanwhile, the Delhi government started an awareness campaign among the farmers which was launched at Daryapur in North Delhi district. The Delhi government on Thursday issued an advisory for farmers to counter a possible locust attack in the NCR region. Several campaigns are being carried out to apprise people and farmers of the new threat. They have been asked to report any activity of locusts to nearby agriculture officers.

Revenue commissioners, district magistrates and commissioners of the municipal corporations have also been directed about necessary measures. The NCR currently has 34,750 hectares of farmland, out of which a majority is deployed in horticulture, floriculture, and organic farming. Croplands in Bawana, Narela, Najafgarh and Yamuna floodplains can be affected in a possible locust attack.