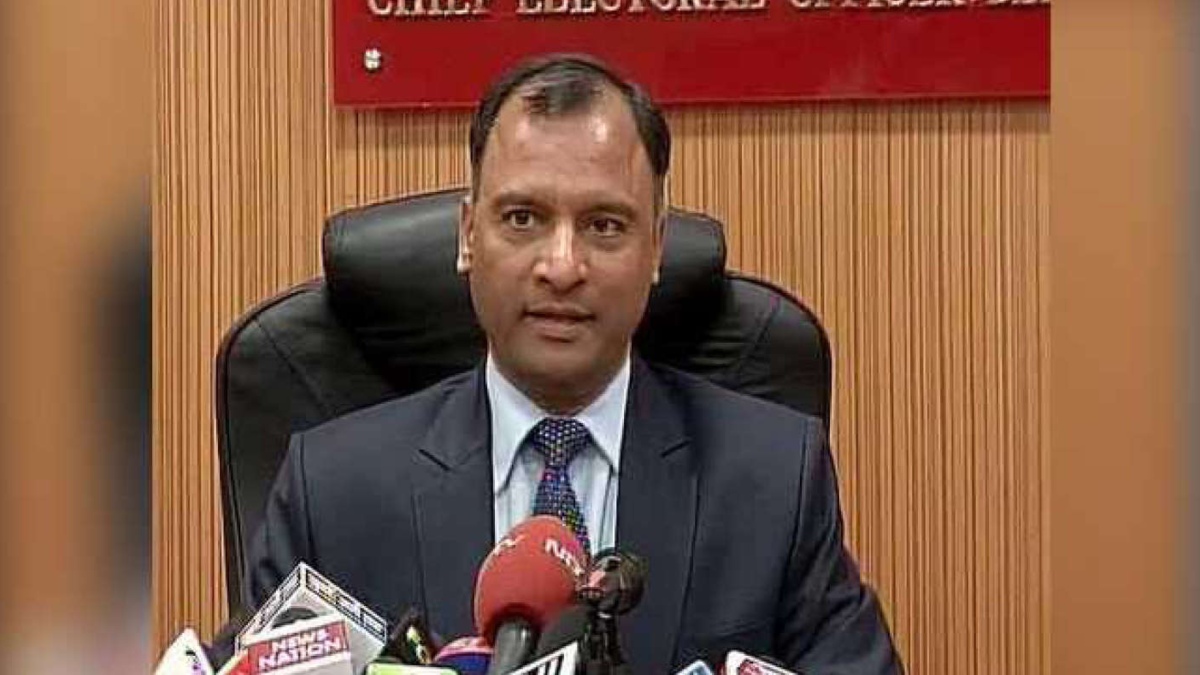 The rate of transmission of Covid-19 has been halved in the last 15 days. Health amenities are increasing. Residents of Delhi-NCR have to be saved from the claws of death; if work has to carry on round-the-clock, the same shall not be stopped. Whether the relief is to be sought from the BJP-led Central government or the AAP-led Delhi government or from religious and social organisations, the same shall be availed. Coordinating with these agencies, if a patient messages seeking aid, the patient is provided aid honourably, but there shall be no claim to credit for the services rendered. The motto is to serve and not to seek publicity. If any officer in the nation today is rendering public service, then it is the Chief Secretary of Delhi, Vijay Dev.

Vijay Dev, a native of Himachal, graduated as a B.Tech from IIT Delhi and later acquired Masters in Business administration. He joined the Indian Administrative Service in 1987. Presently, he is posted as the Chief Secretary of Delhi. Vijay Dev, a disciplined officer, is tirelessly rendering public service. He, as a figurehead of his team, is passively delivering good results with his team, by maintaining cordiality with the trio, the Lt. Governor, Chief Minister and the Central government, which itself is an impossible feat. He was engrossed in his work during the onslaught of both waves of the epidemic. He stresses on delegation of powers and demands performance from his team while patronising them and ensuring results, he is a strict complier as well as a generous patron encouraging his team.

He appraises the ground situation of the epidemic and the aid required and provided to the needy well past 2 am and rejoins at 7 am in the morning and he is engrossed in his service, dedicatedly in the Secretariat as well as at home. He did not waver despite being afflicted with Covid; he neither stopped nor rested nor halted the pace of momentum of his service. He kept on appraising the situation round the clock. He formulated proper and good policies and wherever the system was found to be deficient and wanting at any level of officials, they were respectfully counselled and the system was improvised at the first available instances. As a result of his tireless efforts, Delhi has taken steps to march on the path of defeating Covid. The transmission prate of Covid was halved i.e. 17.8%. The recovery rate improved so much that now beds are available in all hospitals in Delhi. He is least bothered as to who is gathering the praise and credit for his efforts. When he is praised for his brilliant administration he, in his humility, turns over all the praises and credit, smilingly saying that all this is on account of the positivity of our Prime Minister, Home Minister, revered L-G and the Chief Minister and the team worked hard and “we got support from all political parties and religious and social organizations”. He declines to accept any credit or praise by politely saying that he has not contributed as he is a public servant in democracy, which the recognition accorded to us by our Constitution. He puts the saying “True humility is not thinking less of yourself; it is thinking of yourself less”, in action.