Covid-19 pushes the right to trigger corporate insolvency into hibernation

Enforcing foreign awards in India is a challenging task 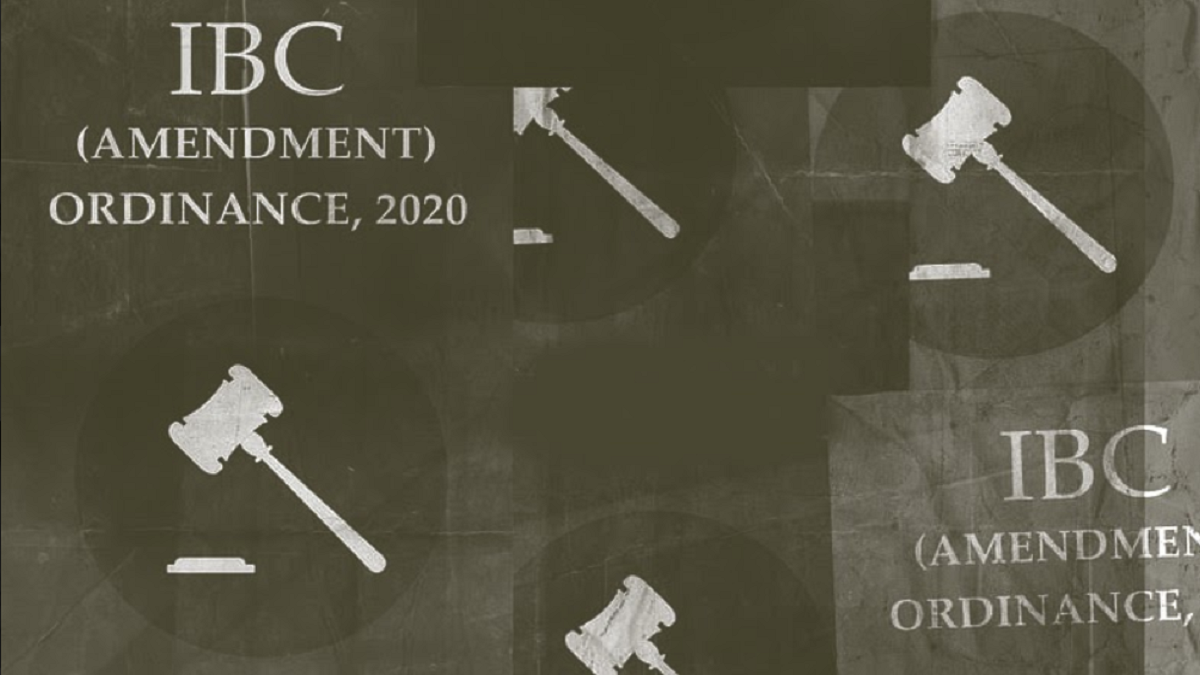 Ever since the ominous dark clouds of the COVID -19 pandemic spread across the world, the global economy has taken an unprecedented hit, the Indian economy being no exception. On March 24, 2020, the Central Government, declared a countrywide lockdown in the wake of the outbreak. A grinding halt in business operations and hence, revenue generation, led to a dwindling of corporate cashflows. The financial health of establishments at large, especially MSMEs, has been seriously imperiled, pushing them to the brink of insolvency. Acknowledging this, the Insolvency and Bankruptcy Code (Amendment) Ordinance, 2020 (“Ordinance”) came to be promulgated by the President of India on June 5, 2020, given that the Parliament was not in session and the President was satisfied of the existence of circumstances rendering such promulgation necessary. This was in line with the recent announcements made by the Finance Minister informing that the government would consider a complete suspension of the “trigger provisions” for initiation of corporate insolvency resolution process under the Insolvency and Bankruptcy Code, 2016 (“Code”) , in case the COVID-19 situation continues. Needless to state, the economic situation in the country and the grave financial stress faced by corporates, including MSMEs, has only worsened with the passage of time.

In light of such circumstances, the Code has been amended by way of the Ordinance dated June 5, 2020, which came into force with immediate effect, suspending the initiation of fresh corporate insolvency proceedings against companies under Sections 7, 9 and 10 of the Code, by insertion of Section 10A into the Code. With this, a lot of speculation that had built up regarding the scope of such suspension ever since the announcements made by the Finance Minister has been laid to rest. The newly inserted Section 10A does not place a blanket ban on initiation of corporate insolvency proceedings, and only bars initiation in respect of defaults arising on or after March 25, 2020 till the expiry of a period of six months (i.e., till September 24, 2020) or such further period as may be notified, not exceeding one year (i.e., till March 24, 2021) (“exemption period”).

Pertinently, Sections 7 and 9 of the Code allow Financial Creditors and Operational Creditors, respectively, to make applications before the Adjudicating Authority for initiation of corporate insolvency resolution process against a defaulting Corporate Debtor. On the other hand, Section 10 of the Code provides for the initiation of corporate insolvency by the defaulting Corporate Applicant against itself. By way of the amendment, Section 10A suspends the rights of Operational Creditors, Financial Creditors as well as Corporate Applicants, to initiate insolvency under the Code, provided that the ‘default’ in question occurs during the exemption period. For the sake of complete clarity, the ‘Explanation’ to Section 10A expressly lays down that there would be no bar against such initiation of corporate insolvency proceedings against Corporate Debtors in respect of defaults that may have occurred before the exemption period, i.e., before March 25, 2020.

Lending permanency to the effect of the amendment, the Proviso to Section 10A goes on to provide that no Application shall ever be filed for initiation of corporate insolvency resolution process of a corporate debtor for a default occurring during the said exemption period.

Impact of the Ordinance:

There is no doubt that this is indeed a welcome move which would have the effect of salvaging companies from the brink of insolvency, many of whom may be facing dire financial situations owing to the COVID-19 pandemic. This provision will protect companies against having to give up the reins and handing over control of their assets and would also prevent them from being driven into liquidation. Protecting companies from going under would also in turn prevent a further increase in unemployment.

Interestingly, while the preamble of the Ordinance expressly refers to the impact of the COVID-19 pandemic on businesses, financial markets and the economy, and correlates it to the resultant need for such a provision to be inserted to the Code, the language used in Section 10A does not necessitate linkage of defaults occurring during the exemption period to the COVID-19 pandemic. This ensures that precious time will not be lost before the Adjudicating Authority by parties trying to prove or disprove that a particular default arose out of the economic impact of COVID-19, so long as the default occurs during the exemption period.

The amendment protects defaulting Corporate Debtors amidst this time of unprecedented economic crisis. In the absence of such a ban, firstly, an unprecedented number of solvent companies would have run the risk of being dragged into insolvency. Secondly the prospects of such companies reaching a successful resolution through a commercially viable resolution plan at the end of the corporate insolvency resolution process would also have been minute, given the dearth of potential investors. Expectedly, the potential investors would also be grappling to recover from the economic aftermath of the COVID-19 pandemic. The preamble to the amendment reasonably points out that in the given circumstances, it is difficult to find an adequate number of resolution applicants to rescue the corporate person who may default in discharge of their debt obligation.

On the flipside, however, the blanket suspension during the exemption period, as imposed under the Ordinance, may adversely impact both lending and borrowing activities in the country. In the absence of access to the remedy of initiating insolvency proceedings under the Code, lenders may feel constrained to restrict their lending activity which would also be severely detrimental to the financial health of companies.

Additionally, the lack of a deterrent of being driven into insolvency may lead borrowers to take undue advantage of Section 10A and commit defaults in their repayment obligations. This ban on initiation of insolvency proceedings may also discourage foreign creditors from investing in India.

While suspension of Sections 7 and 9 may lead to hibernation of insolvency actions between contending parties, the suspension of Section 10 leads to an odd situation wherein a defaulting company would be deprived of its opportunity to voluntarily seek resolution of its debt and consequent revival. In this regard, it is pertinent to note that as per the preamble of the Ordinance, the amendment suspending Sections 7, 9 and 10 has been brought about to prevent corporate persons experiencing distress, being pushed into insolvency proceedings. In our view, imposing a prohibition upon a Corporate Applicant from initiating voluntary insolvency proceedings under Section 10 of Code would be contrary to the preamble of the Ordinance itself, as it would cause such Corporate Applicants greater distress owing to further deterioration of its assets, and a diminishing chance of revival and resolution.

In addition to the foregoing, it would be interesting to see as to how the Adjudicating Authority and superior courts deal with the ever contentious and critical issue of determining the “date of default”. The determination of “date of default”, owing to the impact of Section 10A has become all the more critical since it directly impacts a creditor’s right to initiate insolvency proceedings, depending on whether the date of default occurs before, during or after the exemption period. Questions may arise as to whether a default in payment of a certain amount of debt occurring during the exemption period can be treated as a continuing default for the purpose of initiating insolvency proceedings under the Code after the expiry of the exemption period.

Apart from inserting Section 10A into the Code, the Ordinance has also brought about an amendment in Section 66 of the Code which deals with ‘Fraudulent trading or Wrongful trading’ by the Corporate Debtor. The Ordinance has inserted sub-section (3) inserted into Section 66, which seems to be ambiguous. It lays down that no application shall be filed by a resolution professional under sub-section (2) of Section 66, i.e., in respect of such default against which initiation of corporate insolvency resolution process is suspended as per section 10A. From the language employed in sub-section (3), it seems that it proposes to excuse lack of due diligence by a director or partner of a corporate debtor resulting in default by the Corporate Debtor during the exemption period. Such an exemption may result in directors/ partners of corporate debtors engaging in unlawful and illegal measures such as misappropriation and siphoning off funds without facing consequences under Section 66(2) of the Code and may adversely impact the realisable value for its creditors.

The Insolvency and Bankruptcy Code, 2016, was considered as a panacea for all ills plaguing the Indian financial system, which, in January, 2019, led the Honourable Supreme Court of India to observe as follows, in the landmark judgement of Swiss Ribbons Pvt. Ltd. and Ors. vs. Union of India (UOI) and Ors. reVported at (AIR 2019 SC 739):

These figures show that the experiment conducted in enacting the Code is proving to be largely successful. The defaulter‘s paradise is lost. In its place, the economy‘s rightful position has been regained.”

The Ordinance appears to have been promulgated with the intention of protecting companies and promoters from “no fault liability”. It is, however, necessary to ensure that Section 10A does not become a tool for regaining the defaulter’s paradise.

The insertion of Section 10A in the wake of COVID19 would most certainly provide a cushion to businesses that are facing a financial crisis or are heading for an inevitable crisis, and may also encourage creditors to adopt alternate remedies such as restructuring, negotiating settlements, etc., instead of rushing to the insolvency route. However, the impact and the longterm effects of this suspension on the financial health of the aggrieved creditors, will also need to be tended to. While the defaulting Corporate Debtors attain refuge from insolvency under Section 10A, it would not be out of place to expect policy decisions and amendments to put in place checks and balances on the possible misuse of Section 10A, and to safeguard the interests of creditors of such Corporate Debtors. The legislature and Adjudicating Authority under the Code may also need to be mindful of ironing out certain creases in the implementation of the Ordinance, which may arise on account of ban on voluntary insolvency for defaults during the exemption period, inability of lenders to file insolvency proceedings even for intentional defaults during this period, among others.