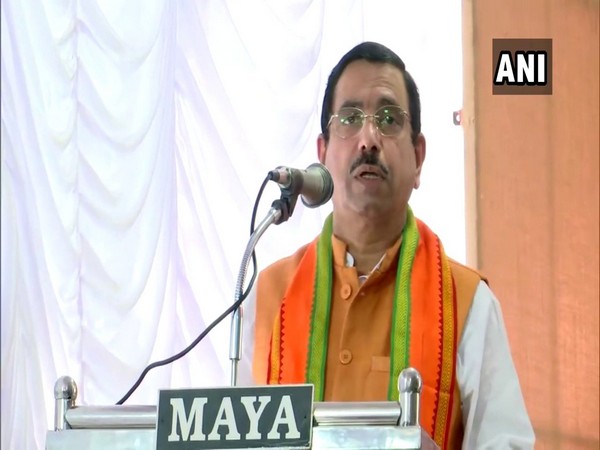 Thiruvananthapuram (Kerala) [India], February 23 (ANI): Union Minister Pralhad Joshi on Tuesday called the Congress as a party of “dalalis” and said the party was opposing the farm laws because they favoured ‘dalalis’ (middlemen).
“The problem of the Congress party is that they are for ‘dalalis’. It’s a ‘dalali’ party, a middleman’s party. That is why they are afraid because Modi ji has finished middlemen in all welfare schemes. They are opposing farm laws because they favour ‘dalalis’,” he said here today.
Joshi’s remarks comes amid farmers’ agitation taking place at the borders of the national capital against the Centre’s farm laws.
The Union minister further compared Prime Minister Narendra Modi’s governance model to that of the UDF and LDF, and said that the latter was an example of how not to rule.
“We have two governments. One is the role model at Delhi, led by PM Modi. The other is either UDF or LDF government in Kerala. One is an example that how to rule and the other is an example of how we should not rule and how we should not betray people,” he said.
Joshi also hit out at the Left Democratic Front (LDF), saying that while the youth in the state are struggling for jobs, the Kerala government was more interested in gold and job smuggling.
The Minister said this in reference to the case of gold smuggling in the state through diplomatic channels. It had come to light after 30 kg gold worth Rs 14.82 crores smuggled in a consignment camouflaged as diplomatic baggage was busted by the Customs in Thiruvananthapuram on July 5, 2020.
Assembly elections are scheduled in the state this year. (ANI) 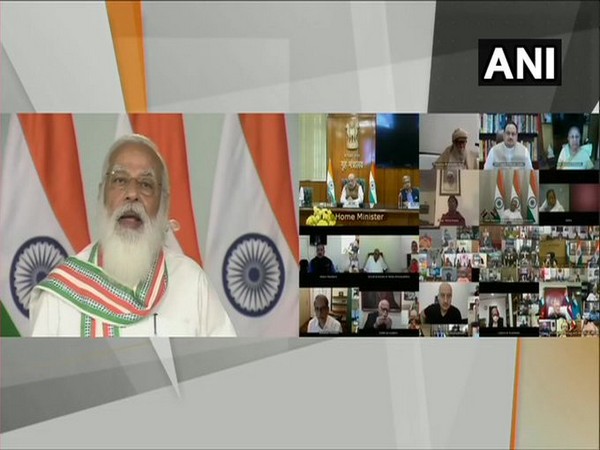 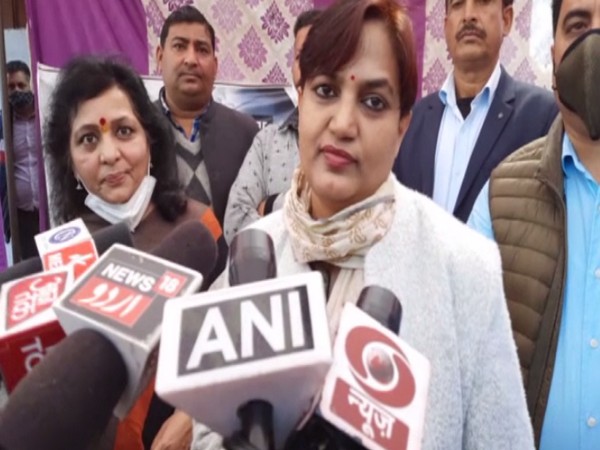 Kathua (Jammu and Kashmir) [India], March 8 (ANI): Tablets were distributed among the meritorious students — who have excelled in board examinations — in Jammu and Kashmir’s Kathua district on Monday.
Ten meritorious students from Billawer, Basholi, and Kathua were given the free cost digital learning tab for support in their higher studies. The newly renovated resources center for online classes is set up for future online classes in government schools.
Director of School Education Jammu Anuradha Gupta said that the government is working on the holistic development of students, art integrated learning, and flexibility in learning choice for skill development.
“The tabs have been given with an objective to motivate them as their merit has been recognised. The digital interventions are very important, this gives a world of information,” said Gupta.
The Director of School Education also lauded the effort put in by the team to give a fillip to the hidden talent of staff and students and hailed it as a unique idea of nurturing not only the hidden tendencies of students but teachers also which otherwise remain unexplored. (ANI) 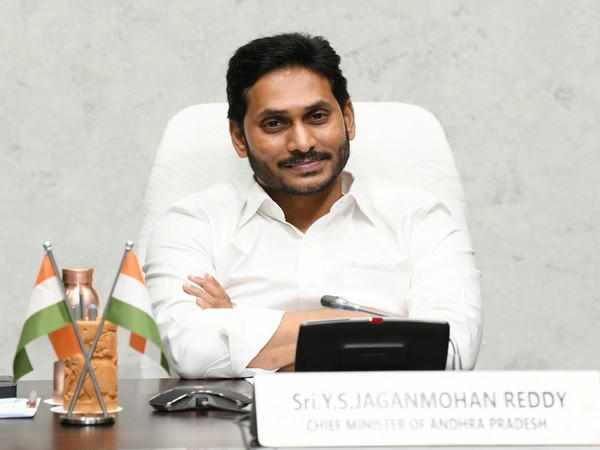 Amaravati (Andhra Pradesh) [India], March 8 (ANI): Andhra Pradesh Chief Minister YS Jaganmohan Reddy on Monday virtually provided 900 two-wheelers (Disha Vehicles) to the state’s women police on the occasion of International Women’s Day.
The CM also launched 18 Crime Scene Management Vehicles.
Andhra Pradesh Home Minister Mekathoti Sucharita also participated in the program at the CM camp office.
Speaking to the media on the occasion, the Home Minister said, “Special help desks for women have been arranged at all police stations in the state. They have come into force from today itself. I also thank our Chief Minister for increasing the number of casual leaves for women employees to 20 days per year.”
Andhra Pradesh Director-General of Police, Gautam Sawang, said: “The rate of crimes against women has decreased in the state by more than seven per cent in the past year.”
He also added that after implementing Disha act in the state, which is still to be ratified by the central government, investigation, trial and, conviction in crime cases against women have speeded up, leading to better results.
International Women’s Day is celebrated worldwide every year on March 8 to recognise the social, economic, cultural and political achievements of women across the globe.
This year, the theme for International Women’s Day 2021 is ‘Choose to Challenge’. (ANI) 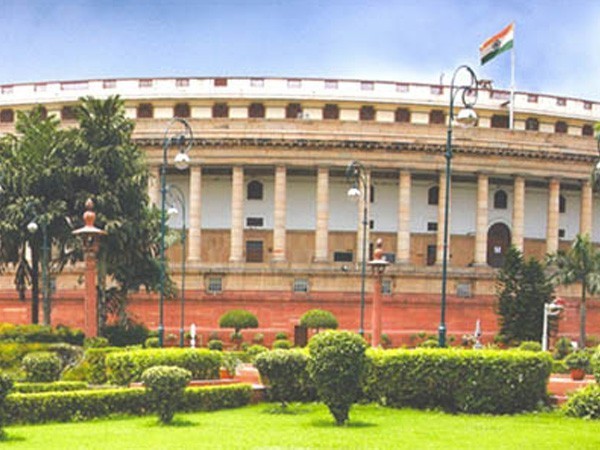 New Delhi [India], March 8 (ANI): The Congress, Shiv Sena and the Indian Union Muslim League (IUML) on Monday gave adjournment motion notices in Lok Sabha over the continuous rise in petrol, diesel and LPG prices in the country.
Meanwhile, price of petrol in Delhi stands at Rs 91.17 per litre while that of diesel stands at Rs 81. 47, according to the Indian Oil Corporation.
The second part of the budget session of parliament began on March 8 amid the uproar on fuel price hike in the Rajya Sabha. Meanwhile, the Lok Sabha will also function as per usual timings of the House existing before the COVID-19 situation from tomorrow.

Many leaders of five poll-bound states and political parties also demanded the curtailment of the budget session due to the upcoming assembly elections.
Both Houses of the Parliament will commence their sitting from 11 am on Tuesday.
The decision to revise the timing of both Houses was announced on Monday. Both Rajya Sabha and Lok Sabha were operating under curtailed hours of timing and social distancing norms amid COVID-19 induced norms.

Earlier, the Rajya Sabha was scheduled to function from 9 am to 2 pm while Lok Sabha was scheduled to function between 4 pm to 10 pm.
The Budget Session of Parliament, which commenced with the address of President Ram Nath Kovind on January 29, concluded on February 29. The Union budget was tabled in the Parliament by Union Finance Minister Nirmala Sitharaman on February 1. (ANI) 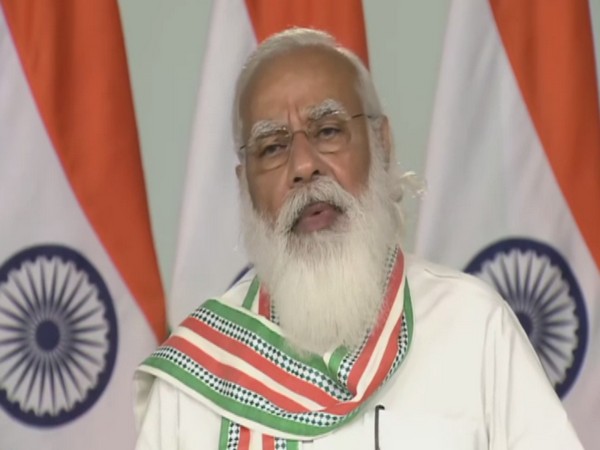 New Delhi [India], March 8 (ANI): Prime Minister Narendra Modi on Monday said that this year’s Independence Day celebration will celebrate the spirit of the freedom struggle.
“This year’s 75th Independence Day will celebrate the spirit of freedom struggle and reflect the feeling of sacrifice. In this, there should be a tribute to the martyrs of the country and a resolve to build an India of their dreams. It will have a glimpse of the pride of Sanatan India and the glow of modern India as well,” PM Modi said in Hindi while speaking at the committee meeting to mark 75 years of India’s Independence.
“We have to celebrate the festival of 75 years of independence while taking along 130 crore countrymen with us. Public participation is the basic spirit of this event,” PM Modi said.
Prime Minister Narendra Modi-led panel held the first meeting on the commemoration of 75 years of India’s Independence titled ‘Azadi Ka Amrut Mahotsav’.
India is going to celebrate its 75th Independence Day this year.
On January 31, Prime Minister Narendra Modi in 2021’s first Mann ki Baat had appealed to the countrymen to write about freedom fighters and stories of their struggle to mark the country’s 75th Independence Day this year. (ANI) 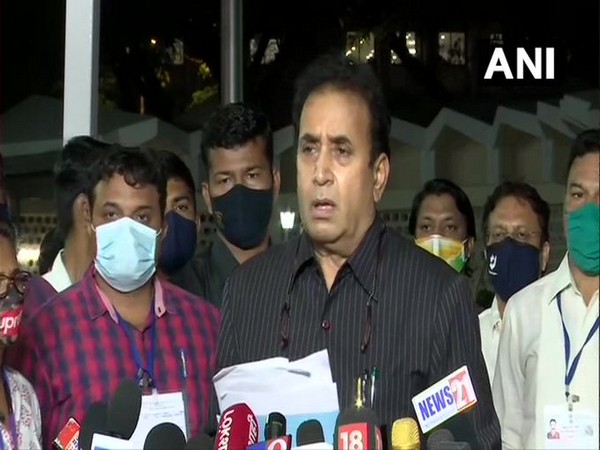