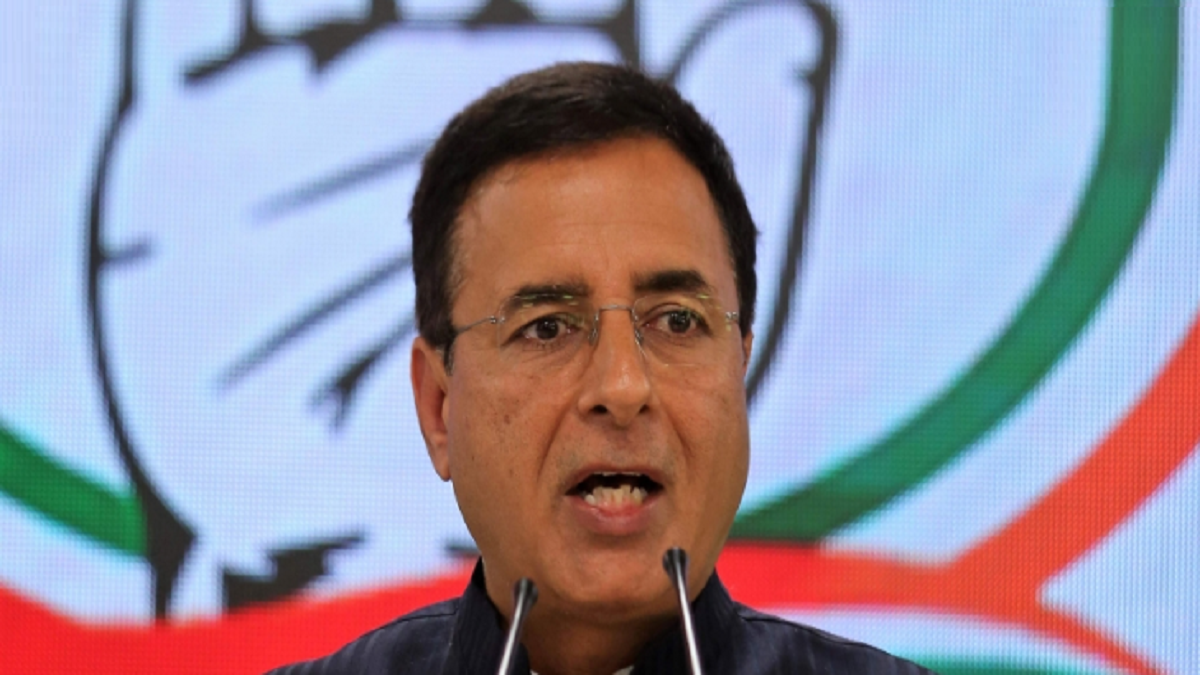 Continuing its aggressive stance, the Congress on Sunday launched fresh attacks on the Modi government over the issue of border standoff with China in eastern Ladakh. The party’s chief spokesperson, Randeep Singh Surjewala, on Sunday claimed that the government is creating illusion on Chinese transgression through media and the Chinese not only continues to occupy the Indian territory at Depsang plains and Pangong Tsolake but also still building additional army deployment which shows its bad intentions.

While addressing a virtual press conference, Surjewala also raised the issue of Defence Minister Rajnath Singh’s statement on Friday in which Singh said that talks were being held to resolve the border dispute but he couldn’t guarantee to what extent the matter would be resolved. While mentioning Rajnath Singh, Surjewala asked, “What is the meaning of the Defence Minister’s statement that there is no guarantee of resolving the issue through talks? And has the government accepted that it can’t resolve the issue?” He put five questions before the government and asked it to tell in how many days the status quo ante prior to 5 May will be restored and what is the government policy on it.

This was the second attack on the same day from Congress on Modi government’s foreign policy. Earlier in the day, Senior Congress leader Anand Sharma posted a series of tweets in which he targeted External Affairs Minister S. Jaishankar and questioned the Centre’s use of the armed forces for “partisan propaganda”.

Lalu Yadav’s health deteriorates, to be shifted to AIIMS, Delhi 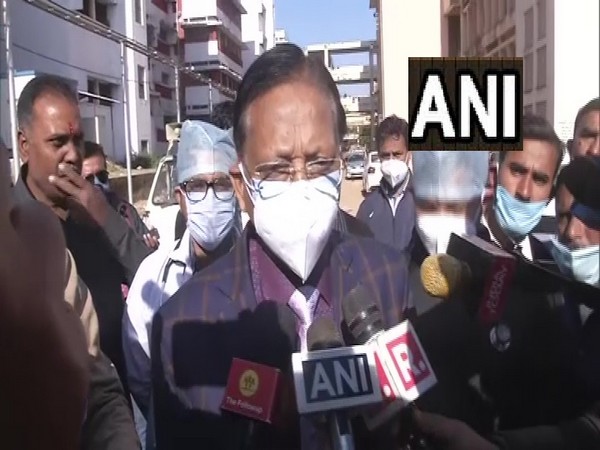 Ranchi (Jharkhand) [India], January 23 (ANI): Preparations are underway to shift jailed Rashtriya Janata Dal (RJD) chief, Lalu Yadav, to All India Institute of Medical Sciences (AIIMS) in Delhi for treatment after his health deteriorated, said Umesh Prasad, the physician of the leader on Saturday.
“We have decided to shift him (RJD leader Lalu Yadav) to AIIMS, Delhi by an air ambulance. Our doctors will go if requested. It depends upon preparations when he will leave from here to Delhi,” Dr. Umesh Prasad, told the media in Ranchi.
Dr Prasad had said last month that Yadav’s kidney was functioning at 25 per cent capacity and his situation could take a turn for the worse.
Meanwhile, Lalu’s son Tejashwi Yadav arrived at Rajendra Institute of Medical Sciences (RIMS) in Ranchi, where Lalu Yadav is being treated for lung infection.
“His health (Lalu Yadav) has deteriorated, he is facing breathing difficulty. I have come to see the reports after which the further decision that will be taken, will be told to you,” Tejashwi Yadav said.
Lalu Prasad Yadav has been convicted in the Bihar fodder scam cases. (ANI)

With new designs, traditional gown ‘Pheran’ in great demand during winters in Kashmir 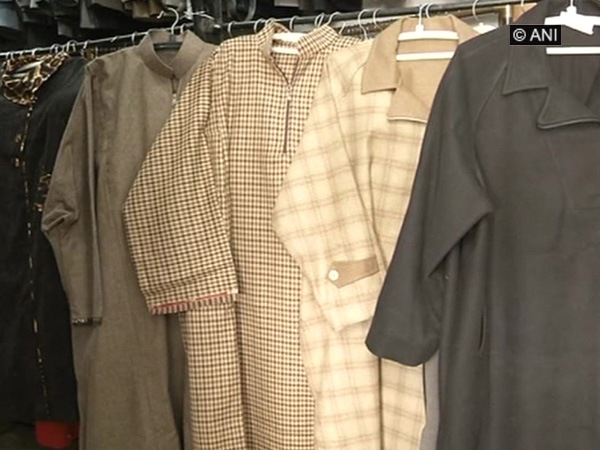 Srinagar (Jammu and Kashmir) [India], January 23 (ANI): With newer designs, ‘Pheran’, the traditional knee-length robe that is part of the unique identity of Kashmiri culture continues to be in great demand, especially during bone-chilling winters.
Despite the availability of many modern and stylish clothes in the market, these pherans are most in demand during the 40 day period ‘Chillai Kalan’, which is known to be the coldest period of Kashmir winter.
Kashmiris have been using woolen fabric to stitch up pherans but newer designs using Chinese and Korean fabrics are available in local markets especially in Srinagar.
These traditional gowns worn by people across all age groups and gender facilities use of ‘Kangri’, a traditional portable earthen fire pot, for warmth.
Some tailors are famed for their designs and during winters they say they are flooded with orders.
To meet customers demand, shopkeepers maintain a good stock of readymade pherans in a variety of possible designs and colours.
Simple pherans stitched by tailors are not as costly as those styled with the latest designs and using different fabrics.
“Pherans are costly but to protect themselves from severe cold, customers purchase this traditional dress in large numbers. As a result of which shopkeepers and cloth merchants are doing good business. Kashmir is known as ‘paradise on earth’ not merely because of its mesmerising beauty but also due to its thousand-year-old rich culture and traditions. Many traditional things continue to live on in the 21st century and pheran is one of them” Zareef Ahmad Zareef, a historian and cultural expert told ANI.
Typically Kashmiri pherans are worn for five to six months from November to March to stay warm.
“This year Kashmir valley including Srinagar received very heavy snowfall and due to the severe cold, people are using pherans on a large scale. So we are witnessing good sales these days with huge demand for latest designs and varieties”, a shopkeeper said. (ANI) 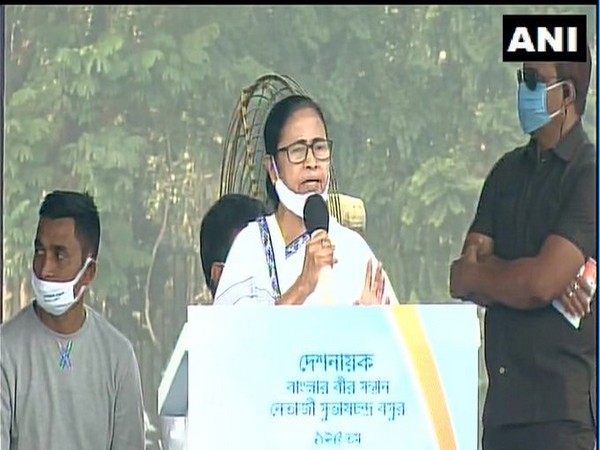 Kolkata (West Bengal) [India], January 23 (ANI): Slamming the central government for allegedly ‘destroying’ the ‘federal structure’, West Bengal Chief Minister Mamata Banerjee on Saturday said there will be befitting ‘reaction’ for every ‘wrong action’.
Addressing an event celebrating the 125th birth anniversary of Netaji Subhash Chandra Bose here, Banerjee said, “Netaji endorsed Tagore’s Jana Gana Mana as the National Anthem. They are trying to play with the National Anthem. We will not tolerate this. If you do good we will listen to it. But if you do the wrong action, we will show the reaction.”
“Netaji envisioned the Planning Commission. I used to go to the Planning Commission to discuss policies. Today there is no space for discussion. The federal structure is destroyed. We demand the National Planning Commission must be brought back,” claimed Bannerjee.
She said Netaji constituted the Indian National Army with people from all the regions and religions. “Netaji stood against the divide and rule policy of the British. History cannot be written in new forms. We want a united India,” she added.
The chief minister said there should be four capitals in India and the demand regarding this will be raised in the parliament. ”One nation, one political party will not work,” she said.
On Centre’s decision to celebrate Netaji’s birthday as ‘Parakram Diwas’, Banerjee reacted saying, “What is Parakram? They should at least consult me or Sougata Bose or any other, about which word to use. We will celebrate the day as Desh Nayak Diwas.”
She explained that Rabindranath Tagore addressed Netaji Subhash Chandra Bose ‘Desh Nayak’. She also announced about building Azad Hind Monument.
“It feels sad that the Centre has not yet declared a holiday on Netaji’s birthday. We will build the Azad Hind Monument. We will show how it will be done. They have spent thousands of crores of rupees in building a new parliament complex without any present requirement,” pointed out Banerjee.
Before the event, Mamata Banerjee led a march from Shyam Bazaar to Red Road in Kolkata.
Meanwhile, Prime Minister Narendra Modi has visited Netaji Bhawan at Elgin Road in Kolkata today. The Prime Minister will preside over the inaugural function of the ‘Parakram Diwas’ celebrations at Victoria Memorial in Kolkata.
In order to honour and remember Netaji’s indomitable spirit and selfless service to the nation, the Government of India has decided to celebrate his birthday on January 23 every year as ‘Parakram Diwas’ to inspire people of the country, especially the youth, to act with fortitude in the face of adversity as Netaji did, and to infuse in them a spirit of patriotic fervour.
Born to advocate Janakinath Bose in Odisha’s Cuttack on January 23, 1897, Netaji went on to play a key role in the freedom movement. He is also known for establishing the Azad Hind Fauj. (ANI)

BSF detects another tunnel in Jammu 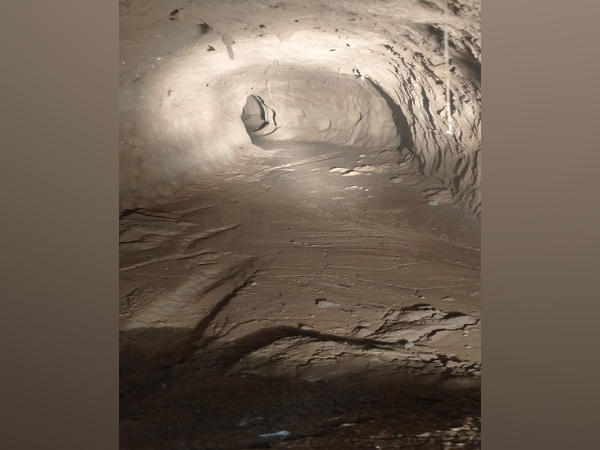 Pansar (Jammu and Kashmir) [India], January 23 (ANI): Acting upon specific intelligence inputs the Border Security Force (BSF) detected another tunnel in the area of Pansar, Jammu, in the wee hours of Saturday, in the ongoing anti tunnelling drive.
The tunnel was detected between Border Post (BP) number 14 and 15. The Border Outposts (BOPs) on Pakistan’s side are Abhiyal Dogra and Kingre-De-Kothe, Sakargarh.
The tunnel is about 150 metres long and 30 feet deep.
The tunnel detected today is the fourth one in the last six months in Samba, Hiranagar and Kathua areas and the tenth in total in Jammu region.
Earlier in June 2020, the BSF had shot down a Pakistani Hexacopter carrying a load of weapons and ammunition in the same area. Its troops had also foiled an infiltration bid in the same area in November 2019, wherein a few BSF troops had fired upon the party trying to infiltrate into India. (ANI) 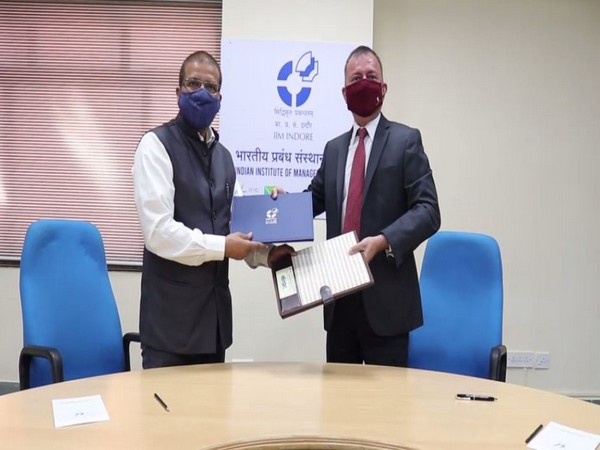 Indore (Madhya Pradesh) [India], January 23 (ANI): Madhya Pradesh Industrial Development Corporation (MPIDC) on Friday signed a Memorandum of Understanding (MoU) with the Indian Institute of Management (IIM), Indore for three years for developing an ecosystem of businesses in the state.
The MoU was signed by MPIDC chairman Sanjay Kumar Shukla and Professor Himanshu Rai, director, IIM Indore.
“We have signed an MoU with Madhya Pradesh Industrial Development Corporation. We will study the impact of Madhya Pradesh’s existing industrial project and special economic zones, and what can be done to strengthen it,” Rai said.
He further added that the state lags behind in branding and they will work for re-branding of self-reliant and prosperous Madhya Pradesh.
“Apart from this, we will work on an industrial promotion policy. IIM will provide training if required. No fees will be charged and MPIDC will bear the expenses,” Rai said.
MPIDC Principal Secretary Sanjay Shukla said that MPIDC and IIM Indore will work together to generate employment and increase economic activities.
“After the coronavirus outbreak, we come up with a thought of going ahead with a new approach. We were dependent on China and other countries for medicines and equipment. We are now taking new steps along with a new policy while keeping previous policies in our mind,” he said. (ANI) 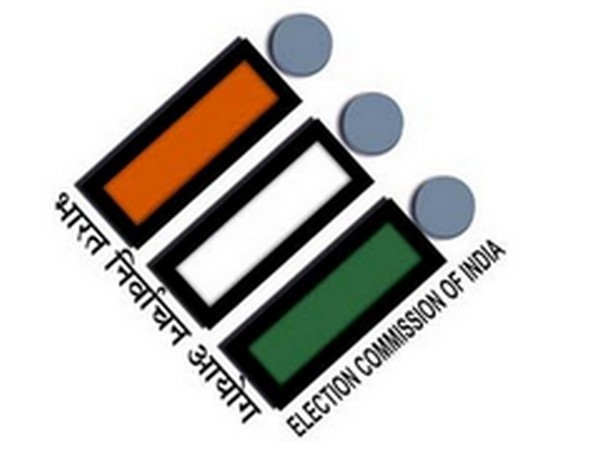 By Joymala Bagchi
New Delhi [India], January 23 (ANI): The Election Commission of India will formally launch the e-EPIC (Electronic Electoral Photo Identity Card) programme on January 25, the National Voter’s Day.
e-EPIC is a non-editable secure portable document format (PDF) version of the EPIC and will have a secured QR code with image and demographics like serial number, part number, etc. E-EPIC can be downloaded on a mobile or a computer and can be digitally stored. This is in addition to physical IDs being issued for fresh registration.
The e-EPIC initiative would be launched in two phases. In the first phase from January 25 to 31, all new voters who have applied for the voter-ID card and registered their mobile numbers in Form-6 will be able to download the e-EPIC by simply authenticating their mobile number. The mobile numbers should be unique and not be previously registered in the ECI’s electoral rolls.
“The second phase will start from February 1. It will be open for the general voters. All those who have given their mobile numbers (linked one) they can also download their e-EPIC”, said ECI official.
“The delays, losing cards and not been able to get the voter-ID cards is an issue that won’t be there. Moreover, most of the ID cards are moving on the digital platform”, he added.
e-EPIC can be downloaded through the following online links, however, the voter-ID card would also be sent to them: Voter Helpline Mobile app (Android/iOS) https://voterportal.eci.gov.in/ https://nvsp.in/.
The digitalisation of voter-ID card will have a special significance in the upcoming polls in five states, namely, Assam, Kerala, Puducherry, Tamil Nadu and West Bengal. (ANI)