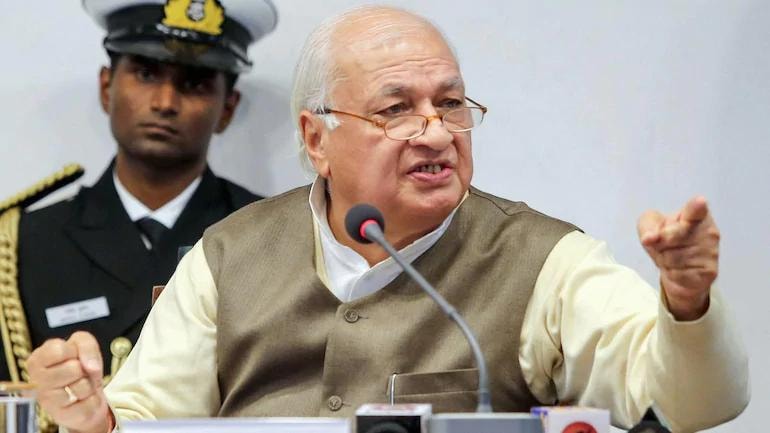 Kerala Governor Arif Mohammad Khan on Thursday said that he would not allow the appointment of unqualified relatives of Chief Minister Pinarayi Vijayan to universities.

“I won’t allow the appointment of unqualified relatives of CM and ministers in the universities…I am not a rubber stamp. I will apply my mind, come to my own judgment, and then decide what’s in accordance with the law, constitution and convention,” Khan said on the issue of the appointment to the Kerala University.

Governor Khan’s remarks came when he was questioned if he would sign the Universities Law Amendment Bill that is pending with him as he believes that the bill aims at appointing unqualified relatives of the CM and ministers in universities.

The University Laws Amendment Bill, which aims to curtail the power of the Governor in the selection of vice-chancellors, was passed by the Kerala government this month. Since then, the bill has been pending before the Governor.

Earlier on August 30, the Kerala Governor had said that his decisions on key legislation would be based purely on constitutional merit and not dictated by any pressure.

Speaking to mediapersons, Governor Khan said, “Whatever decision I take shall be dictated by the requirements, rather the obligations, which I have on me and that is to decide every issue on the basis of constitutionality, law and its spirit.”

The Governor reiterated that the decisions taken by him would be solely based on merit.

On the appointment of Chief Minister’s Private Secretary KK Ragesh’s wife, Priya Varghese, as an associate professor at Kannur University, Khan had promised to order a full-fledged investigation into the allegations of nepotism in appointments made to various posts in universities in the state.

The controversy pertains to the matter in which the Governor stayed the appointment of Priya Varghese, wife of chief minister Pinarayi Vijayan’s private secretary and CPI (M) leader KK Ragesh, as an Associate Professor in Kannur University’s Malayalam department.

Earlier in 2021, a letter from Kerala Higher Education Minister R Bindu was released, which recommended the reappointment of Dr Gopinath Ravindran (former VC of the university) as its Vice-Chancellor.