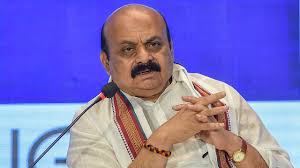 The media adviser to Karnataka Chief Minister Basavaraj Bommai was accused of trying to bribe journalists for a number of media outlets “under the guise of a Deepawali gift,” according to a complaint made to the Karnataka Lokayukta by the anti-corruption organisation Janaadhikaara Sangharsha Parishath.

The complainant wants the Karnataka Lokayukta Police’s ADGP to direct an investigation into an alleged monetary gift provided to reporters, editors, and journalists of the channels and periodicals.

According to the complaint, CM Bommai through his media advisor, Shankar Pagoji, has tried to bribe journalists recently.

“Information about a complaint submitted to ADGP, Karnataka Lokayukta Police, Bangalore against the Chief Minister of Karnataka for payment of bribes to chief reporters of several media houses in disguise of Deepawali gifts, through his media coordinator Shankar Pagoji for Criminal Offence of Prevention of Corruption Act, 1088, Prevention of Corruption (Amendment) Act, 2018 and relevant provisions of any other law,” stated the complaint.

In the meantime, the Congress called for a judicial investigation into the alleged cash gift issue against the Basavaraj Bommai-led BJP government on Friday.

In its official Twitter account, the Karnataka Pradesh Congress Committee (KPCC) questioned the source of the “money” the government was using illegally.

KPCC tweeted, “There should be a judicial inquiry into the Chief Minister’s office ‘sweet box bribe’ to journalists. Is that misuse of public tax money? What is the source of the money? How much bribes have been paid? How many received bribes? How many (journalists) returned?”

In September, the Congress started the “PayCM” campaign, accusing the BJP for corruption in the state.

Surjewala tweeted, “The #40PercentSarkar seeks to bribe the journalists with ₹1 Lakh cash! Will Mr. Bommai answer – 1. Isn’t it “bribe” being offered by CM? 2. What is the source of ₹1,00,000? Has it come from Public Exchequer or from CM himself? 3. Will ED/IT take note?”