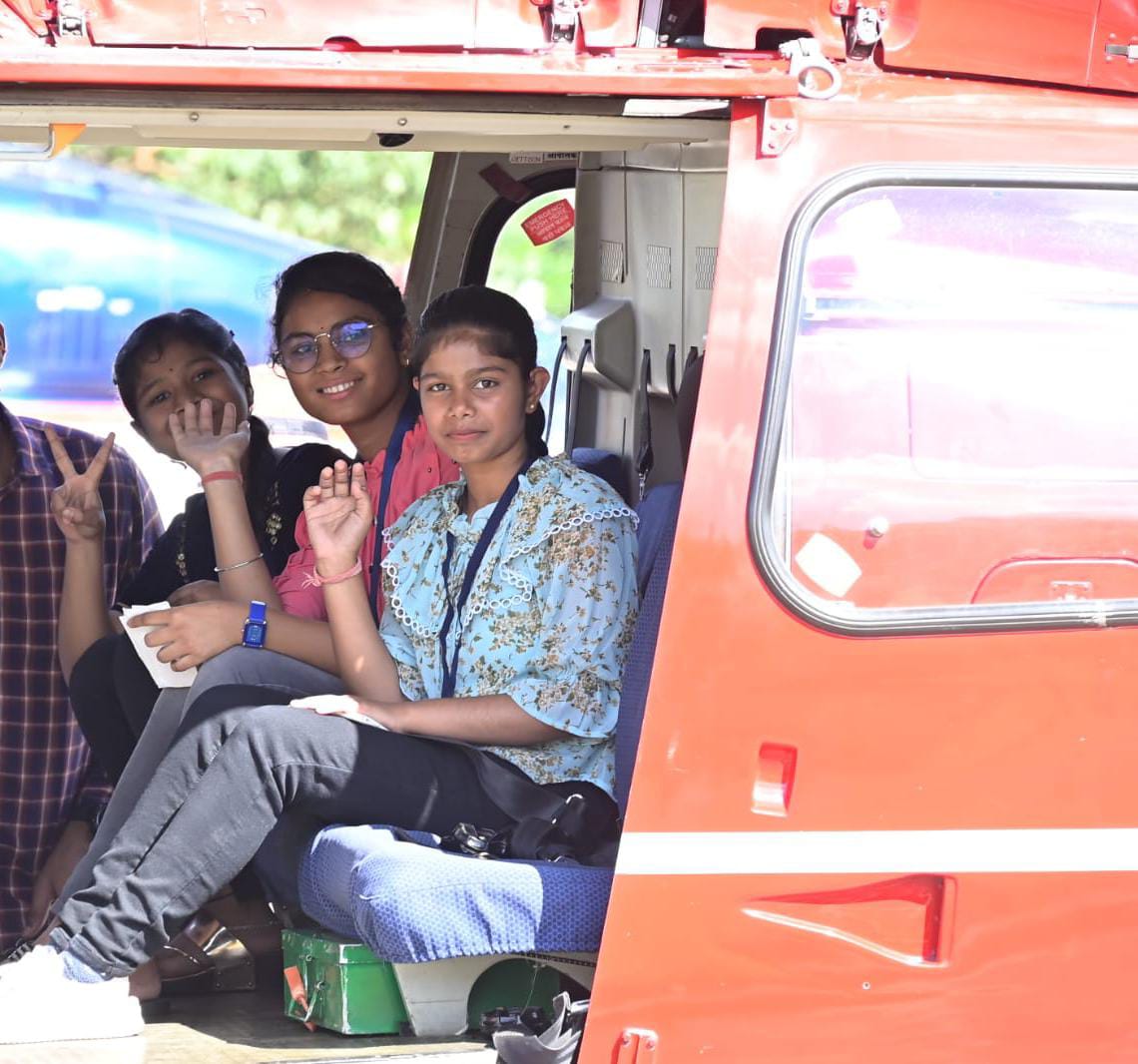 Chhattisgarh Chief Minister Bhupesh Baghel fulfilled meritorious students’ wish of riding in a Helicopter. Fulfilling his promise CM Baghel gave a helicopter ride to the toppers of class 10 and 12 examinations.

Taking to Twitter Baghel tweeted, “Helicopter ride Look how happy the children are! We promised to provide helicopter rides to the toppers of classes 10th and 12th and it has started today. 125 students will enjoy the helicopter joyride.”

Earlier in May 2022, CM Baghel made an announcement that the toppers of class 10 and 12 examinations will be honored uniquely.

Moreover, at 8 am all these students were given the rides which flew around 18 times for the children as it has a seating capacity of 7 persons only.

“The program led by the CM is unique in its own way as it encourages the students, even from the Tribal areas of the state, to work harder and attain higher marks in the exams. Out of 119 students who came for the ride 84 were girls and 41 were boys, who hail from different districts of the state, including Jaspur, Janjgir- Champa,” Premsai Singh Tekam, Chhattisgarh Education Minister said.

A class 12 student, Kumari Kunti thanked CM Baghel and said, “I have received so many congratulations and appreciation as they say that I am the first daughter in the village to get a helicopter ride. This will also motivate the viewers to study well and achieve high scores in life.”

Another student Asif expressed this pleasure and said, the parents in the house were very nervous.

However, one of the student’s parents said, “It is very much satisfying to see that the Chhattisgarh government stood at its words and fulfilled the promise,” they said.