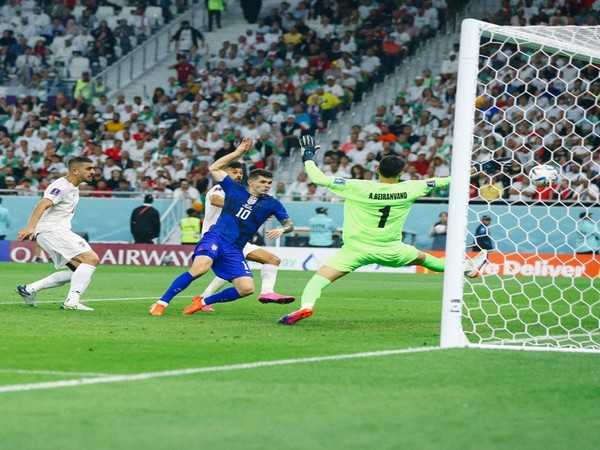 The United States men’s national team won 1-0 against Iran on Tuesday at Al Thumama Stadium to finish second in Group B and qualify for the round of 16 of the 2022 World Cup to play the Netherlands.
In the 38th minute, Christian Pulisic converted Sergino Dest’s headed cross to provide the crucial advantage. He put his body on the line and later collided with Iran’s goalkeeper, suffering an abdominal injury. Brenden Aaronson replaced Pulisic at halftime as a result of the injury, but for the US it was unquestionably a price worth paying as Gregg Berhalter’s team held onto its lead in the second half to advance at Iran’s expense.
The second half saw Iran struggle throughout the match and was never able to find its footing. After gaining an advantage in the first half, the USA lacked the same intensity in the second half while losing Pulisic to injury also did not help them.
Both teams played a goalless second half, with Iran coming second to the USA and hiring their chances of making it to the round of 16.
USA enjoyed a slender 1-0 advantage against Iran at the end of the first half after Christian Pulisic scored in the 38th minute at the Al Thumama stadium on Wednesday.
The American side stepped up their game as they needed a win to advance to the knockout stage of the ongoing FIFA World Cup. They found their hero in Pulisic as the Chelsea star found the back of the net to spark celebrations in his dugout.
If not for the offside in the final minute of the first half, they would have ended with a two-goal advantage over Iran. Timothy Weah scored in the wee minutes only to be denied the goal as he ventured too far ahead to be called offside.