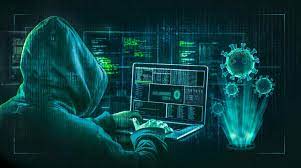 Hackers in China stole at least USD 20 million in US COVID relief benefits, including loans from the Small Business Administration and funds for unemployment insurance.

APT41, a hacker collective with ties to the Chinese government, is based in Chengdu. According to the report, additional federal investigations into pandemic fraud appear to link foreign state-affiliated hackers.

“It would be crazy to think this group didn’t target all 50 states,” Roy Dotson, the national pandemic fraud recovery coordinator for the Secret Service, said.

The breadth of other investigations was not confirmed by the US Secret Service.

APT41 is “a notable player,” according to News, in the more than 1,000 ongoing investigations into domestic and foreign criminal actors scamming public assistance programmes.

The number of examples of Chinese espionage in the US has increased recently.

13 people, including agents and members of China’s security and intelligence apparatus, were accused by the US government last month in three different cases of allegedly trying to improperly influence American politics in favour of their country.

“As these cases demonstrate, the government of China sought to interfere with the rights and freedoms of individuals in the United States and undermine our judicial system that protects those rights. They did not succeed,” said U.S. Attorney General Merrick B. Garland, as quoted in the Justice Department press statement.
“The Justice Department will not tolerate attempts by any foreign power to undermine the rule of law upon which our democracy is based. We will continue to fiercely protect the rights guaranteed to everyone in our country. And we will defend the integrity of our institutions,” Garland added.

Seven Chinese nationals were accused of taking part in a plot to forcibly extradite a PRC national living in the US; two of them were detained on October 20 in New York.

As part of a global extralegal repatriation operation known as “Operation Fox Hunt,” the defendants are charged with spying on, harassing, and forcing a U.S. resident to move back to Beijing.