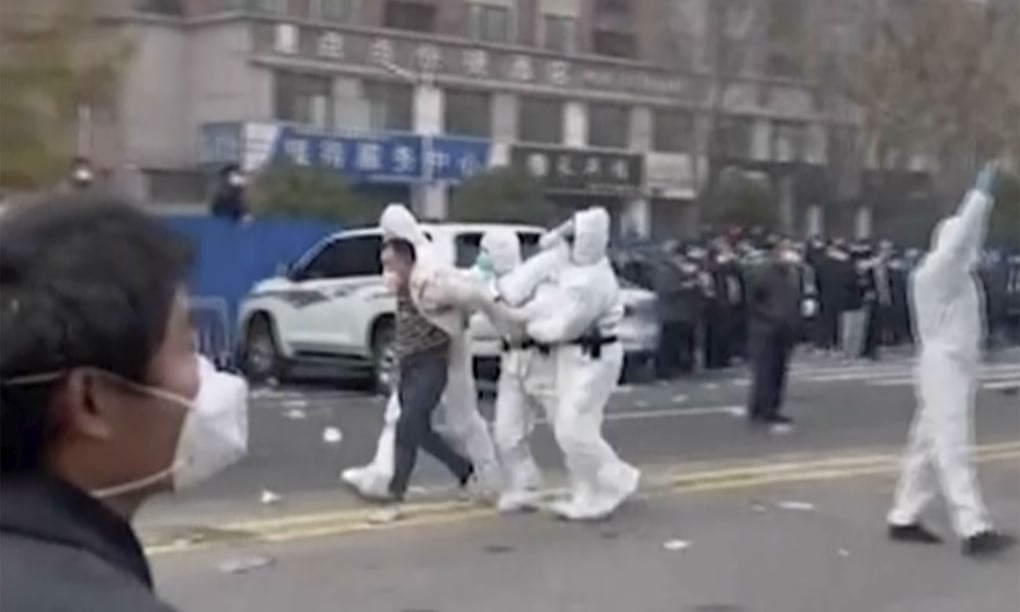 A COVID-19 lockdown has been implemented in multiple districts of the Chinese city of Zhengzhou, which is home to a flagship iPhone manufacturing facility, after a series of protests broke out at the important facility, according to the Global Times.

The city government requested its citizens in the downtown area to remain at home from Friday until next Tuesday because the number of new cases discovered at the community level remained high, according to a statement made during a news conference on Wednesday evening, according to Global Times. This is in the midst of the protest that broke out at Foxconn’s flagship iPhone plant in Zhengzhou, where men and women were seen marching and some of them being confronted by riot police and people wearing Hazmat suits, according to videos shared on social media and reported by Reuters.

Unrest at the sizable factory in Zhengzhou city has increased as a result of the protests in China. As the protesters stated on Livestream broadcasts, the employees were irate about the delayed incentive payouts. Reuters was unable to quickly confirm the videos.

This demonstration represents a dangerous accumulation of anger toward the nation’s extremely strict COVID regulations as well as the world’s largest contract manufacturer’s poor handling of the crisis.

The workers chanted “Give us our pay!” as they were being surrounded by individuals wearing full Hazmat suits, some of whom were carrying batons.

In another clip, employees could be seen removing quarantine fences and using tear gas. According to Reuters, some employees claimed that they were made to live in dorms with coworkers who had COVID-19 positive test results.

In a statement disputing the claims, Foxconn claimed that it had honoured its payment obligations and that reports of infected employees residing on a campus with fresh recruits were “untrue.”

“Regarding any violence, the company will continue to communicate with employees and the government to prevent similar incidents from happening again,” it added.

Earlier, a similar incident was reported in Zhengzhou, China, in October. Droves of migrant workers have been fleeing back to their hometowns from the country’s largest iPhone factory in Covid-hit Zhengzhou.