China deploys aircrafts near Taiwan, warns US to withdraw support - The Daily Guardian 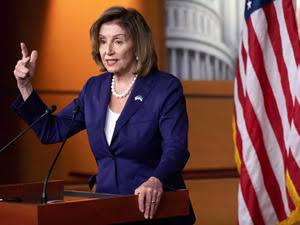 US House Speaker Nancy Palosi meets with Taiwan’s President Tsai-ing-wen on Wednesday to recapitulate the US’s support for the island country and ensure the US’ determination to preserve Taiwan’s sovereignty.

Pelosi said, “America has made a bedrock promise to always stand with Taiwan.” On this strong foundation, we’ve got a thriving partnership grounded in self-government and self-determination focused on mutual security in the region and the world committed to economic prosperity. “

As China has been asserting control over the sovereign island, it has condemned the US speaker’s decision to visit Taiwan.

Pelosi landed in Taiwan on Tuesday, shortly after which the Taiwan air defence identification zone confirmed that Beijing has increased air traffic controls around Xiamen, the coastal city closest to the island, and has warned the US that it will “pay the price.” Twenty-one Chinese military aircraft were seen flying into the southwestern part of Taiwan.

During her meeting with Tsai Ing-wen at the presidential office in Taipei, Pelosi referred to Taiwan as a flourishing nation. She also stated that Taipei had shown the rest of the world that, despite its difficulties, hope and perseverance can create a peaceful and successful future.

Furthermore, she said, “Now, more than ever, America’s solidarity with Taiwan is crucial. That’s the message we bring in today.”

“Today the world faces a choice between democracy and autocracy,” Pelosi said, adding, “America’s determination to preserve democracy here in Taiwan and around the world remains ironclad.”

Earlier, Pelosi also had a meeting with Tsai-Chi-Chang, the deputy speaker of Taiwan, in the Parliament.

In the meeting she mentioned, “We come in friendship to Taiwan, we come in peace for the region.”

She also said,”Now we look forward to our conversation about how we can work together to save the planet from the climate crisis. We thank you for your leadership and we want the world to recognise it. Our visit was about human rights, unfair trade practices, and security issues.