CESTAT: Payments Made Through Cenvat Account Is Liable To Be Re-Credited If Excise Duty Is Paid In Cash 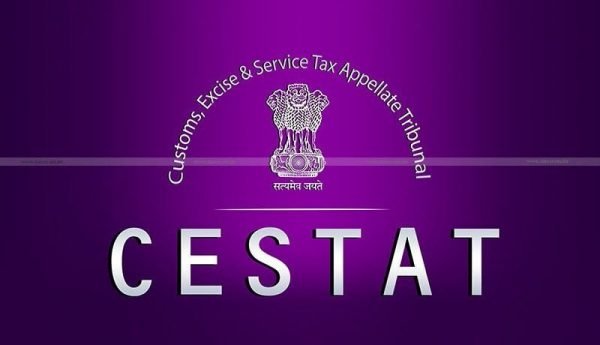 The Customs, Excise, and Service Tax Appellate Tribunal in the case M/s Mideast Integrated Steels Ltd. Versus Commissioner of CGST & Excise observed and has held that once the duty has been paid in cash, earlier the payments were made through the Cenvat Account are liable to be re-credited to the Account and no objection that such re-credit was not on the basis of any eligible document and can be adopted by the department. The bench comprising of Judicial Member, P.K. Choudhary in the case observed that the suo motu credit of Cenvat reversed earlier involving only on the account entry reversal and, in the said process, no outflow of funds from the assessee, and the filing of the claim refund under Section 11B of the Central Excise Act, 1944, is not being required. An Audit Memo has been issued by appellant/assessee to pay Rs. 4,44,960 as the service tax on Rs. 36,00,000 which is being received for having provided “Renting of Immovable Property Service. Therefore, the appellant paid an amount of Rs. 4,44,960 by debit to the Cenvat account along with interest. However, the appellant on the same day paid Rs. 9,85,086 suo motu by debit to the Cenvat account towards service tax on “Renting of Immovable Property Service”, the same is being rendered during the Financial Year 2008–2009. These payments were intimated to the Range Officer via a letter dated 31.03.2009. Further, the appellant paid Rs. 9,85,086 from its current account on 08.03.2010. It has been stated by the appellant when the jurisdictional range officer is informed about the payment of Rs. 9,85,086 from the current account that they would reverse the use of input service credit in March 2010, which was originally being adjusted in the March 2009 ST-3 Return after making of the payment. Thus, on March 31, 2010, a credit entry for Rs. 9,85,086 was being made in the Cenvat Account. It has incorrectly been believed by EA-2000 that the reversal credit entry was an input service credit of service tax paid by the appellant on “Renting of Immovable Property Service” which is being received during the course of the subsequent audit in March 2011. Therefore, on the grounds that the service of the appellant is not an input service, the auditors directed the reversal along with the interest. The court issued a show cause notice for the recovery of the inadmissible input service credit alleged on the erroneous premises. While allowing the appeal, it has been noted by the tribunal that the appellant had discharged the duty burden from their personal ledger account (PLA), and as such, there is no such dispute about the same. The court observed that they have reversed the debit entry made in their credit account, which was previously being used for payment of duty, with this payment of duty out of PLA. Though, there being no such proposal in the show cause notice for denying of such a re-credit, the original adjudicating authority went ahead and, even after accepting that the duty was paid subsequently in cash, the same disallowed the re-credit and confirmed the duty to that extent.