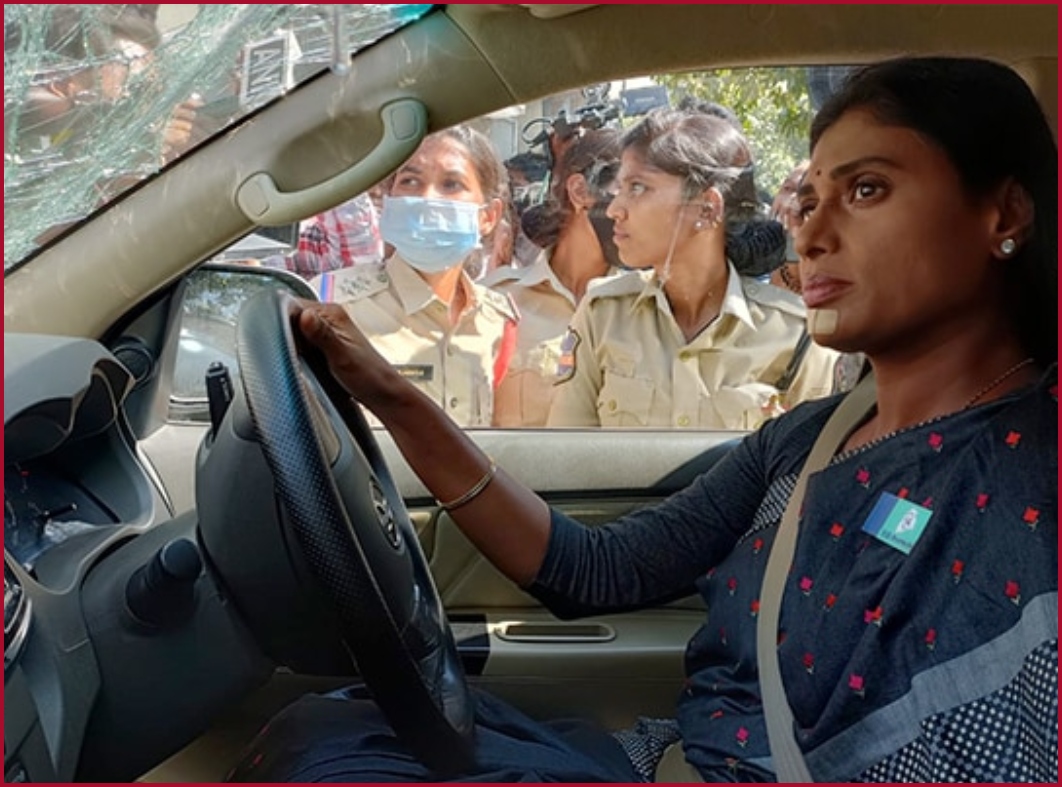 Andhra Pradesh Chief Minister YS Jagan Mohan Reddy’s sister’s car was on Tuesday towed away by cops in Hyderabad.  The incident took place a day after she was detained following a clash between the her supporters and workers of the ruling Telangana Rashtra Samithi (TRS) in Warangal, YSR Telangana chief YS Sharmila.

She was taken into custody after she attempted to reach Pragathi Bhavan to gherao Telangana Chief Minister K Chandrashekhar Rao’s residence.

The incident took place on the streets of Hyderabad and video of the same showed Sharmila’s car being dragged by a crane while she was already sitting in the car and her supporters and mediapersons running along.

The clashes broke out between the workers of her party and those of the TRS  when she was holding a padyatra (foot march). Sharmila had alleged that Reddy had been “extorting money” from people, “indulging in land grabbing and threatening contractors”. “Even his wife has been acting like a de facto MLA and has resorted to land grabbing. They are not leaving even an inch of land in the constituency. Why should the people vote for such people?” she had asked,

In response to the remarks, the TRS workers were reported to have stormed Sharmila’s convoy on Monday afternoon. Her caravan was set on fire. The bus was partially burnt before her party workers doused the fire.